You are here: Home » News » WE ARE UNLIMITED #EckoSaveTheRhino 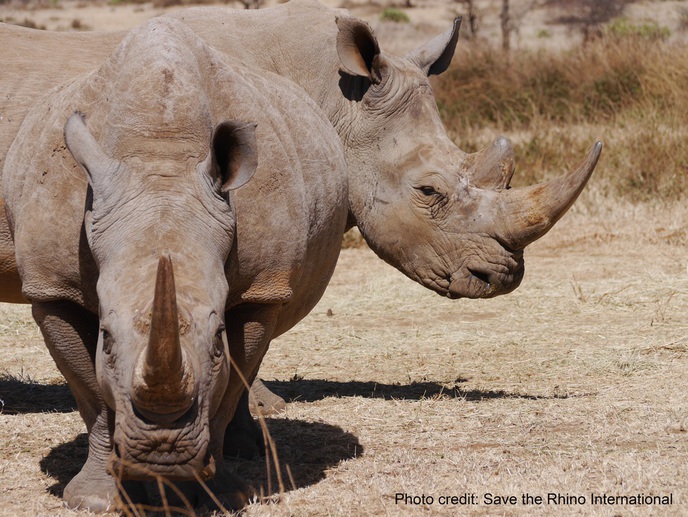 Rhinos have been around for millions of years and are a vital part of a number of ecosystems, but at the current rate of poaching rhinos face a high chance of extinction in the wild. As a global leader in youth culture, eckō has always been devoted in carrying out its Corporate Social Responsibility, and committed to saving rhinos from extinction. To kick off its arrival in China this September, there will be a charity collaboration project in partnership with Save the Rhino International and five talented graffiti artists over the world, rolling out a pop-up store event exhibiting the graffitied rhino sculptures and at the same time selling the limited-edition #EckoSaveTheRhino collaboration t-shirts onsite. For every purchase of these limited-edition t-shirts sold from 18/09/2017, eckō China will donate 25% of the product profits to Save the Rhino International (UK registered charity no. 1035072), pledging to donate at least £5,000 to support rhino conservation during the first year of the exciting charity collaboration. Show us your support to create awareness of the threats faced by rhinos every day!

The exciting #EckoSaveTheRhino pop-up tour will be first launching on Sep 18 -22, 2017 in Raffles City Shanghai, unveiling its collaboration with five talented graffiti artists, they are Zinan Lam from China, DEBE from Taiwan, PARENTS PARENTS from Hong Kong, TUTS from Indonesia and Alana Tsui from New Zealand, showcasing their amazing graffiti work on the rhino sculptures as well as their limited edition of #EckoSaveTheRhino crossover t-shirts. The pop-up store also features eckō’s first official collection for Fall/ Winter 2017 in China, including a wide range dipping in both apparel and accessories, everything from t-shirts, sweaters and jackets to caps, backpacks and belts could be found.

Born in New Zealand, Alana grew up surrounded by nature and devoted herself to arts and textiles throughout her schooling, thus laying the foundation for her creativity. Her artistic style has grown to exhibit a complex balance of clean, bold, and fluid line work that is at once organic yet stark in its monochrome palette.

Alana’s design for #EckoSaveTheRhino project is made up of elements of the rhino horn and parts of the oxpecker, such as eyes, wings, feet etc. all merged together as one in an African art pattern form. The inspiration behind this design is the mutual symbiotic relationship between the oxpeckers and the rhinoceros. The oxpeckers lives and feeds off the sustenance upon the rhinos, while the rhinos receive the removal of parasites and protection from the oxpeckers’ loud chirping or hissing noises to warn the rhinos of danger when predators approach. The association between the tiny oxpeckers and the gigantic rhinos is used to show that even the small vulnerable oxpeckers are looking out and guarding the rhinos. Therefore, as human beings with much more power and authority, we should make an impact to protect the rhinos from being slaughtered for their horns to save them from distinction.

Heavily influenced by the western Wildstyle street art, DEBE’s creative career started in 2005, starting only with spray paint experiments of his English name. The experiments showed many colorful results, as well as contrast, and structural balance. Eventually his artwork evolved, and became more intricate with the handling of multimedia. DEBE is now a full-time artist in Taiwan, he believes graffiti best expresses the freedom in living. With the spray can in hand, through the actions of colors and lines, DEBE captures the splendor of city life, crystalizing his mind that came to fruition with graffiti.

DEBE’s design for #EckoSaveTheRhino project is based on the concept of “Diversity”, representing a diversifying nature and the balance of world. In his design, each word is specially whelmed by different nature elements, the sea, the wind, the clouds, the wave, etc., expressing different styles and sprits in our lives. Everything has its own way of living, like rhinos are a vital part of a number of ecosystems, same as all other living creatures, affecting the nature in different ways. DEBE hopes to encourage the public to respect every single life in nature and to raise the importance of keeping the ecological balance through this project.

Live and grew up in Jakarta capital city of Indonesia, he has been active in the local graffiti community since 2000. Heavily Influenced by architectural templates and deconstructed lettering, he reassembles dimension within an elegant framework of lines, soaring arcs and sharp angles. With A deep interest in process and structure, he creates works of intense detail centered on the order of balance. Tuts harmonizes opposing and contradictory dynamic in his work by setting modern compositions against earth-toned palettes, creating organically complex formations through meticulously structured line-work and layering.

Rhino represents tough, passionate and adventurous. Tuts believes it is important for our children to learn from them and more importantly to teach them to love the nature and how to prevent wild species from extinction.

The human face in Tuts’ #EckoSaveTheRhino design represents our next generation, to emphasize the connection between human and the pattern is symbolic from the journey of next generation inventing something new with creativity and strong passion. The use of earth tone color pallet which also highlighted the theme, and also yellow represents tropical countries, the 5 Rhino species in Asia and Africa.

Zinan encountered graffiti in 2003, and since then, out of strong interest, has been living with it. He created a lot of graffiti during his travels in recent years and has now decided to put his work on canvas in a spectacular and delicate way, so as to tap the breakthrough possibilities of bridging traditional painting and modern graffiti, focusing more on landscapes, that he found much more involving.

Zinan’s design for #EckoSaveTheRhino combines the features of ecological system and the endangered species rhinos. He specially outlines the Africa zone in an abstractive way, representing the threats that rhinos facing in the wild, along with the use of a selected harmonizes color to highlight the importance of rhinos’ conservation, as well as the awareness of ecological balance. Everyone should have the duty to conserve viable populations of rhinos in the wild and protect the lovely nature as a whole.

Parents Parents is a newly creative group in Hong Kong. Established in 2012, the collective consists of four members whose names are Ling Ysoo, Jimson, Chris and Wong Tin Yau. They come from different stylistic backgrounds, however, they complement each other to create unique and powerful artwork. The art of Parents Parents is characterized by bold, animalistic characters, illustration, typography and calligraphy. Their pieces feature fantastical characters, fragments of text in English and collage while produces forms of art including paintings, drawings, murals and illustrations.

The design concept for #EckoSaveTheRhino project is based on the theme “Trust This”. Parents Parents believes we need to be faithful to our own selves even being frustrated or challenged. There are elements of staircase and dartboard in the design represents finding exit and the determination of achieving the goal. Rhinos may look like a cruel wild animal, yet their horns are just for self-protection. Like in reality, everyone is facing their own difficulties, dealing with their own problems in lives, or being misunderstood by others, however, we have to move on and be passionate just like rhinos. “Trust This”! Believe in yourself and you will achieve what you want in the end.

ABOUT Save the Rhino International

Rhinos were once abundant throughout Africa and Asia with an approximated worldwide population of 500 000 in the early twentieth century. Today only around 30,000 animals remain in the wild. Save the Rhino International (UK registered charity no. 1035072) works with partners around the world to protect endangered rhinos across Africa and Asia, so that they can thrive in the wild for the generations to come. Importantly, rhinos act as an “umbrella species” – when rhinos are protected, many other species are too. World Rhino Day, founded in 2010, is held each year on Sept. 22 to raise conservation awareness and honour all five species of rhino.

Eckō is the United States’ largest street clothing brand. Driven by self-confidence and the pursuit of creativity, the brand lives by the philosophy that life is full of infinite possibilities. That spirit is emulated by the iconic “American Rhinoceros” logo representing courage, determination and adventure.

Founded by well-known American fashion designer Marc Eckō in 1993, the brand has enjoyed culture status as one of the world’s leading youth, street wear labels. Loved by fans globally for it’s combination of hip hop music and culture with graffiti art and street tide, the brand has continued to enjoy a loyal following.