You are here: Home » News » We are teaming up with Ecko China to inspire young Chinese people to save the rhino 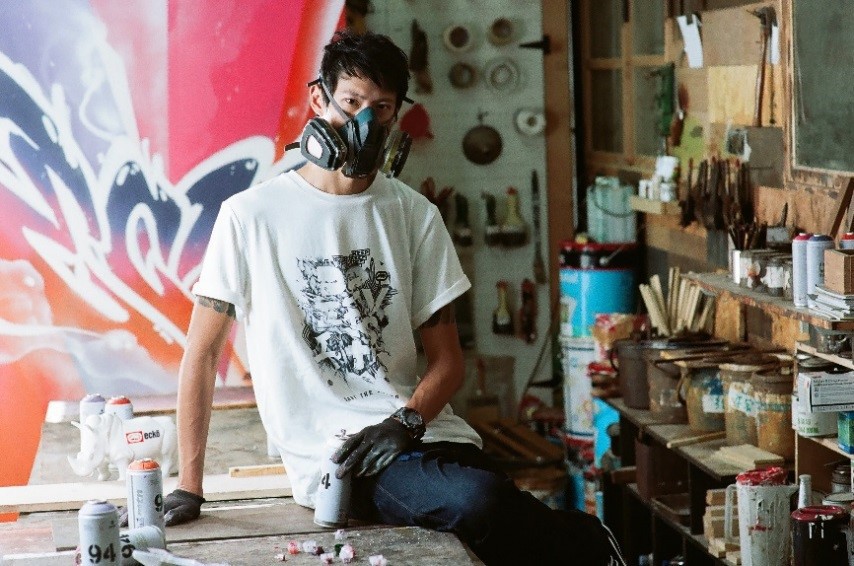 Global street clothing brand Ecko makes its grand arrival to China with a mission to save the rhino.

In partnership with Save the Rhino International, Ecko China launches their new campaign to reach Chinese urban youth with their creative T-shirt designs and a message to save the rhino.

The brand teams up with five talented graffiti artists over the world, rolling out a series of pop-up events across China’s major cities to exhibit graffiti rhino sculptures and kick-off their exciting clothing range. Inspired by its brand identity and the iconic “American Rhinoceros” logo, Ecko China has pledged to donate at least £5,000 in the first year to help us protect critically endangered rhinos in the wild. For every purchase of their limited-edition T-shirts sold from 18/09/2017, Ecko China will donate 25% of the product profits to Save the Rhino International.

Alana Tsui, one of the graffiti artists from New Zealand, grew up surrounded by nature, which inspired her artwork concept for the #EckoSaveTheRhino campaign. Her graffiti design is made up of elements of the rhino horn and parts of the oxpecker, all merged together as one in an African art pattern.

As Alana explains, “the inspiration behind this design is the mutual symbiotic relationship between the oxpeckers and the rhinoceros. The oxpecker lives and feeds off the sustenance of the rhinos, while the rhinos benefit from the removal of parasites and protection from the oxpeckers’ loud chirping or hissing noises that warn the rhinos of danger when predators approach”.

“The association between the tiny oxpeckers and the gigantic rhinos is used to show that even the small vulnerable oxpeckers are looking out and guarding the rhinos. Therefore, as human beings with much more power and authority, we should protect rhinos from being slaughtered for their horns to save them from extinction”.

Watch Alana talk about her artwork for the #EckoSaveTheRhino campaign: here.

Another of the campaign’s graffiti artists, Tuts, shares ideas behind his bespoke rhino graffiti concept, unveiling a powerful message for the Chinese youth.

China is one of the main markets for the illegally traded rhino horn, creating an exciting opportunity for the new campaign to reach young Chinese people with a message to save the rhino.

We are excited that Ecko China – inspired by its brand identity – developed the #EckoSaveTheRhino campaign and we are thrilled to commence our partnership!

You can find out more about our partnership here.