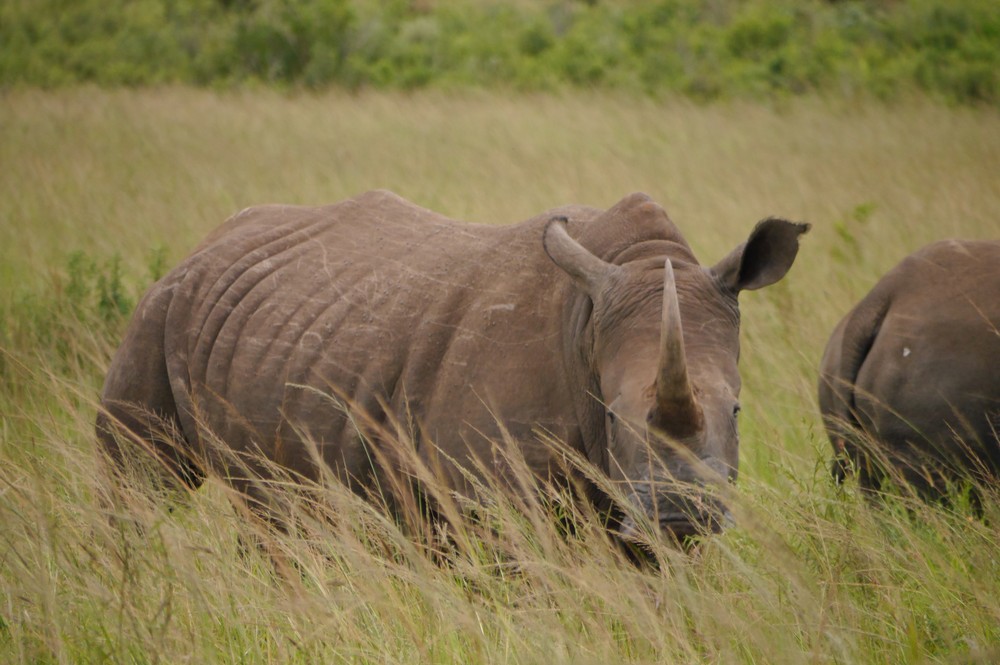 In the last five years at least 134 kg of rhino horn has been seized by Hong Kong authorities. Including pieces-of and whole- horns, this amount is equivalent to 51 rhinos*.

While 51 rhinos might seem small compared to the total number of rhinos poached in Africa during this period (5,476 in South Africa), this is horn seized in Hong Kong alone – and we cannot be sure that these are the only instances that rhino horn was trafficked through the region.

Hong Kong is a major global trading hub and also known to be a key route for illegal wildlife trafficking. In 2017 there were more than 12 seizures weighing over 50 kg in total. Put simply, there is a lot more to be done to crack down on the trade in illegal rhino horn in Hong Kong.

Improvements need to be made in terms of stopping the trade by improving enforcement procedures, so that those found trafficking rhino horn are appropriately penalised. But further from this, more efforts must be undertaken to stop people wanting to buy illegal rhino horn in the first place. As one of the key countries that consumes rhino horn, it is crucial that China does its part in stemming the flow of illegal rhino horn and essentially, helps to stop poaching.

Only a few months ago China announced they would be legalising their domestic trade in rhino horn, back-tracking on this a few weeks later following huge public concern and significant work by organisations within the country. But the above figures confirm that not enough is being done in China to stop illegal rhino horn leaking into the country.

After banning the trade in elephant ivory, many people felt China was stepping up to be a leader in protecting wildlife, but more work has to be done.

In May the international Convention in Trade of Endangered Species (CITES) meeting will take place, bringing 183 countries together to discuss options to protect threatened species from trade. A proposal from eSwatini has been added to the agenda to allow rhino horn from Southern white rhinos to be sold internationally, as well as a Namibian proposal for the trade in live Southern white rhinos and trophy hunting. Those two items, among a host of others including measures to reduce demand for horn, improve community engagement in conservation programmes and prevent cybercrime, will all impact rhino conservation and make this upcoming meeting a significant one.

Whether trade is allowed or not, full scrutiny of any proposal is always needed so that the correct mechanisms can be put into place, ensuring there is no detrimental impact on rhinos. You can find out more about the options for legalising rhino horn trade here.

With such important discussions to be had, do the recent figures and decisions show a lack of enthusiasm from China in combatting the illegal trade in rhino horn? Only when evidence can be seen that China is making strong improvements to strengthen enforcement and change behaviour of rhino horn consumers, will we know that the Chinese government is taking its responsibility seriously to prevent illegal trade and in turn, poaching.

All countries that have a role to play in saving rhinos should be doing their part. It is important, especially with CITES around the corner, that China steps up to do theirs.

*Based on average horn size.