You are here: Home » News » Breakthroughs in China and Assam raise hopes that rhino horn rings will be smashed 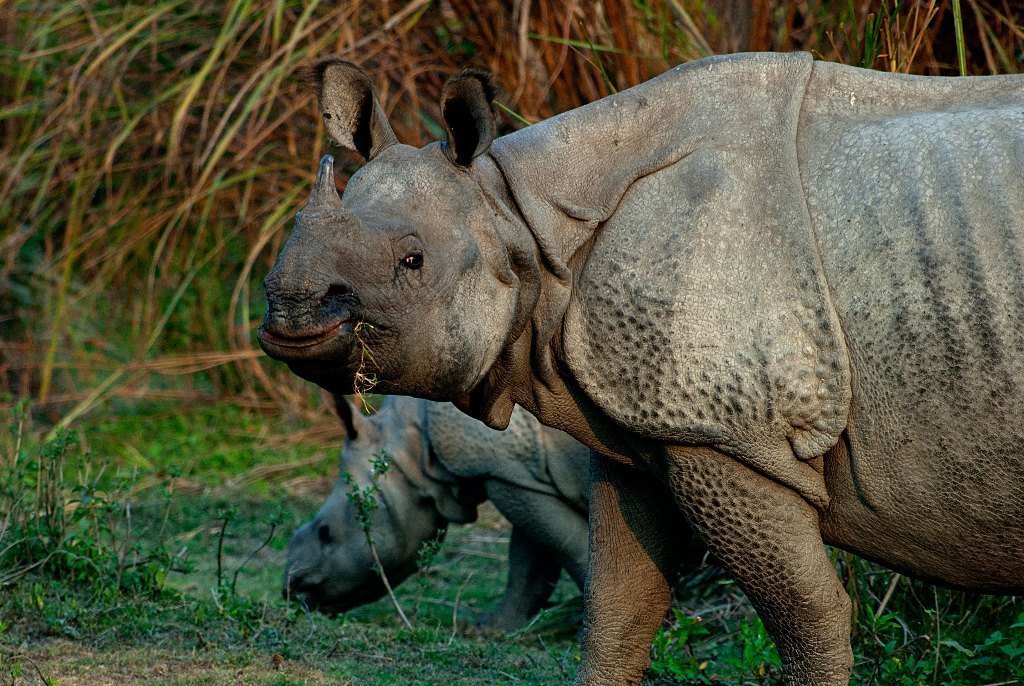 According to the Chinese media, 21 major suspects have been arrested and 207.4 kg of ivory and 17.07 kg of rhino horn products – more than 10,000 items in total – were seized. Of the 21 suspects, eight have been formally arrested and the rest have been released on bail pending further investigations. The criminal ring was based in Xuchang city, in Central China’s Henan Province.

The reports come at a time when the international conservation community, in the run up to CITES CoP17, will debate whether China should become a country of “priority attention”. A significant body of evidence shows that Chinese nationals are responsible for trafficking rhino horn all over the world and that China is a consumer hotspot for rhino horn products. Compared to neighbouring Viet Nam, China has strong penal codes in place to tackle the illegal wildlife trade. This investigation brings hope that the country will continue to target high-level criminals, and prosecute the kingpins ultimately responsible for the illicit horn trade.

Journalists in China report that in November 2015, the Forestry Police in Xuchang received a tip off about a locally based taxi driver named Liu selling ivory online. Police posed undercover as potential buyers and determined he was a relatively minor intermediary in the chain of command. Their investigation led to the identification of Zhang, aged 27-28, who posted photos of ivory for sale every day on his WeChat page, the Chinese social media platform used in the absence of Facebook. Zhang and Liu were arrested on 27 December 2015. Zhang had sold ivory via WeChat and delivered using couriers for the last two years.

Meanwhile in Assam, where poaching has rapidly escalated in 2016, wildlife authorities have arrested a kingpin featuring on their “most wanted” list for several years. In a huge potential breakthrough for India’s regional police, Sabar Ingleng, who is reported to have killed 20 rhinos in four years, was arrested by a special task force in Assam’s Karbi Anglong Hill district, an area bordering Kaziranga National Park; home to the largest population of Asia’s Greater one-horned rhinos. Sabar, 35, is suspected to head up a “mega poaching network” and police hope his interrogation will lead to further arrests.

Poaching in Kaziranga has exacerbated the effects of seasonal flooding. Since May this year, 22 animals have drowned in monsoon floods, a further 21 have died from natural causes and six have been poached for their horns – including a rhino killed just hours after an official visit from the Duke and Duchess of Cambridge. This high-profile incident led to the sacking of the Park’s Director by Assam’s Forest Minister after being accused of a poaching cover up, and has culminated in a an investigation into the integrity of the government’s horn stockpiles. It is believed that rhino horn smuggling routes from Kaziranga to destination countries include exiting via Myanmar and Bhutan, near India’s north-eastern borders. News of the recent rhino horn ring bust will hearten conservationists, who have also been worried by the end to Nepal’s two-years-poaching-free record, after a rhino was shot and subsequently died earlier this month after an attempt by poachers to take its horn.

Kaziranga’s rangers now have another big job on their hands: caring for the eight orphaned rhino calves rescued after being separated from their mothers during the floods. It is hoped that when they are old enough, they will be released back into the wild.