You are here: Home » News » A rhino named Christmas 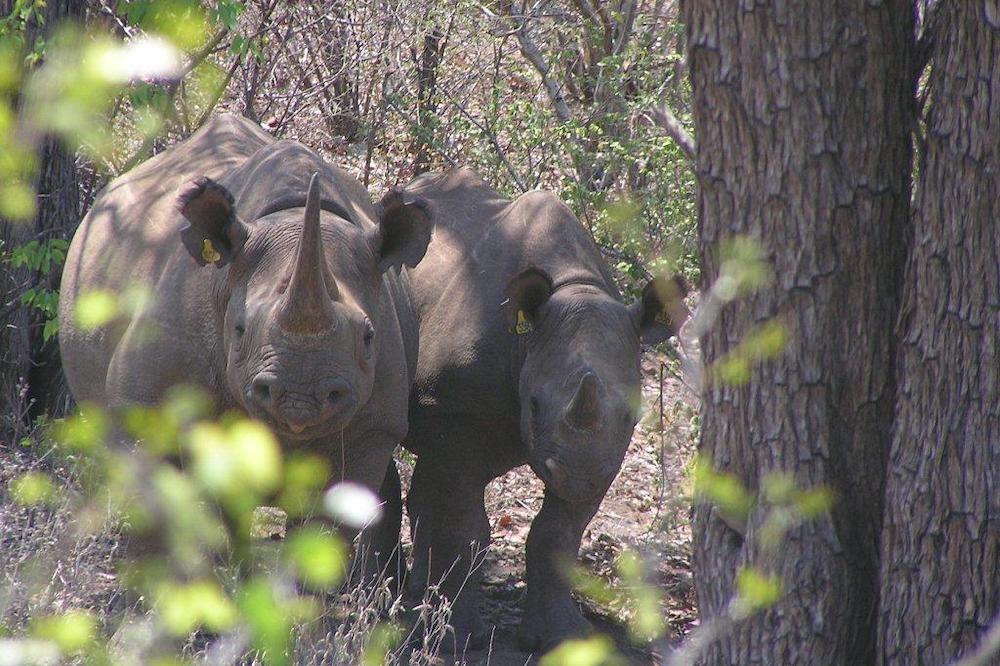 This is the story of a rhino named Christmas.

Gourlays Ranch, just north of Bulawayo, in Zimbabwe’s Matabeleland region, was a property badly affected by the Fast Track Land Reform programme. The owners and rangers had been driven away, leaving a small population of black rhinos extremely vulnerable to poachers.

In 2005, to protect the rhinos from poaching, the Lowveld Rhino Trust successfully translocated the 26 black rhinos living at Gourlays to a conservancy called Bubye Valley. Among them were a rhino named Christmas and her four-month-old female calf, Cake.

The pair settled quickly, spending time around the meeting of the two main rivers that flow through the Valley. Soon, Christmas was ready to find a new mate and Christmas had three more calves. The Trust always names calves after their mothers, following a simple theme throughout the family line so, following this lovely rule, Christmas had Mince-pie in 2008, Gift in 2010, Carol in 2012, and more since.

Cake, the first calf, grew well, and at the age of six, she had had her own calf: a male, named Muffin, born in 2011. The team at the Lowveld Rhino Trust has already drawn up a list of possible cake-themed names for her future calves: Cupcake, Lamington, maybe even Tart.

Christmas’s whole family continue to live very close to each other. In 2012, the Trust’s monitors were fortunate enough to see five of them at once – Christmas, alongside her dependent calf (at the time) Carol, her previous calf Gift, and Cake and Muffin. Quite a Christmas family get-together.

Thankfully, this family hasn’t suffered at the hands of poachers. Rangers and rhino monitors will be working hard over the holiday season to keep these rhinos, and all the others in the Lowveld, safe over this Christmas period.