You are here: Home » News » The London experience – ranger’s trip to the UK! 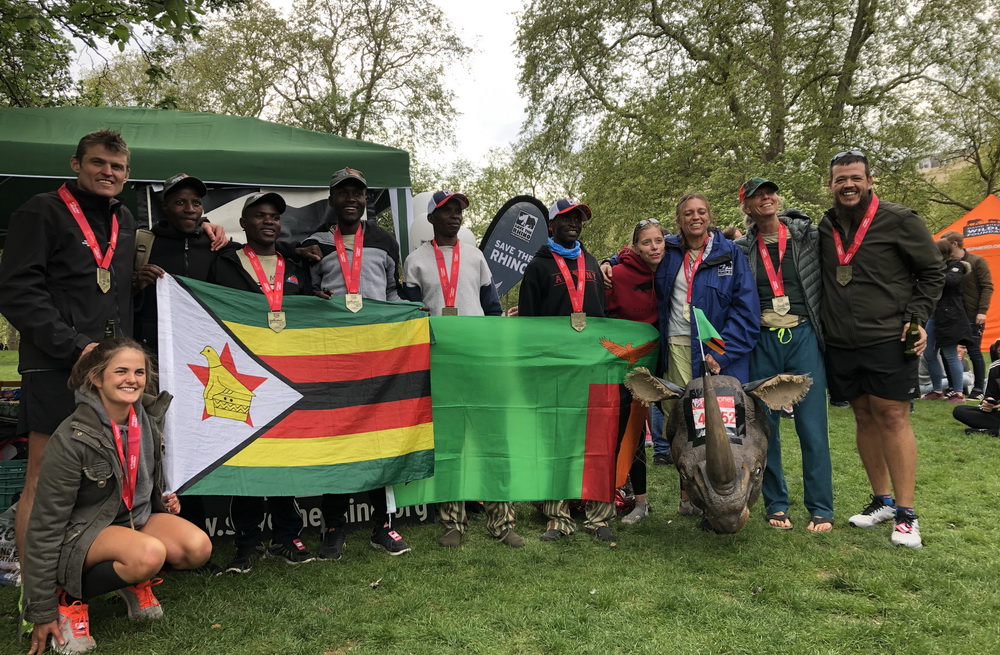 Who’s planning a holiday sometime soon? Using the time you have for a good break; getting away from the every day and immersing yourself into a new culture. Seeking out those special, hidden corners, as well as the must-see spots that have you surrounded by many other tourists all there for the same thing. If you can remember back to your first ever holiday, all of those experiences might be even more magical and brand new. Just getting there, by train, car or plane, might even be a new thrill in itself.

Why all the talk about holidays? Recently, I was able to spend time with 10 people from two of our programmes in Zambia (North Luangwa National Park) and Zimbabwe (Gonarezhou National Park) when they travelled to London to take part in one of the city’s most incredible days: the London Marathon. Four of the team were from North Luangwa: Patrick, Amon, Claire and Benny and six from Gonarezhou: Hugo, Elsabe, Louise, Promise, Victor and Michael.

The Friday before their big day, I was lucky enough to enjoy a day with all of team ZimZam, soaking up (not literally, thank goodness) all that London has to offer. I could go on about the routes and places we saw, but it’s the people that I want to talk about.

Five of the group, Patrick, Amon, Victor, Promise and Michael, had never been out of their own countries before. Each of them work within one of the two programmes; some patrolling and protecting rhinos from poachers, others keeping vehicles running and buildings standing. From small rural villages on the outskirts of a national park, to London, is quite a big feat.

It was the simple things that were so great to see and do while they were here. Patrick’s first time on a treadmill (going at world-record-pace, I should add) was a definite highlight, as well as running down the Thames in the morning, listening to beautiful African singing – sounds that got even Londoner’s heads away from their phones for a few seconds!

There were always smiles on everyone’s faces: as race packs were collected, while games were played to win an extra pounds for fundraising, and on the Emirates airline as we went over the river (though some were also facing a fear at this point, too!) We made our way to Buckingham Palace and 10 Downing Street, taking photos and talking about how different London is to the places they each call home.

Even better to see was everyone’s faces as they finished the marathon two days later. Some more tired than others but all smiling and some (*cough* Promise) even happy to keep going for another 26.2 miles straight away (don’t worry, he didn’t – as you’ll see in the photo below!)

Spending time with everyone was a true delight. These guys work so hard day in, day out, to protect the rhinos and other precious wildlife that all of us love. Coming to the UK might have been a once in a lifetime trip, and they definitely deserve it. Their holiday to London was, I hope, an experience never to forget, I certainly won’t.