You are here: Home » News » Cycling from Durban to Cape Town 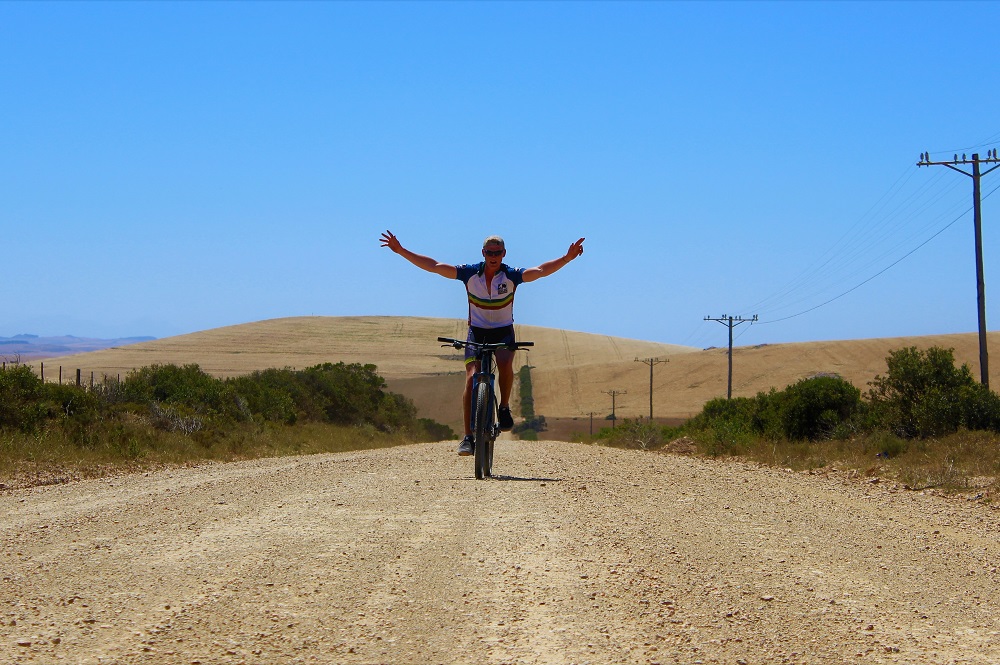 On the 1st October 2017, Rory Hopkinson and I set off on bicycles from Warner Beach, Durban on our 2100km journey to Cape Town.

Under the watchful eye of Johan Evert, owner of YFISA, we headed into the stunning landscape of the Transkei. As two chaps with zero road cycling experience, this was quite a shock to the system. Our biggest ride on just day three was 160km with an elevation gain of 3130m. This took us a full nine and a half hours in up to thirty-four-degree heat.

Much of the challenge was undertaken on dirt roads. Our first dirt road being the most extreme, as we followed GPS coordinates on a hand-drawn map to Coffee Bay. That particular route took us through river crossings and very remote areas. The sight of two men cycling was enough to leave most locals looking quite bewildered – especially in the pouring rain!

However, the journey did not come without incident. Shortly after the halfway point, when racing down Natures Valley, a sharp bend caught Rory off guard. He flipped over a concrete barrier and down a 10ft drop into the thorny undergrowth! This left him unable to cycle for a while as we continued into the well known Garden Route. After a physio appointment on our third rest day in Mossel Bay, Rory was able to get back on the bike. We Cycled for the last few days before our finish at Chapman’s Peak on the 24th October.

As painful and exhausting as many of the days were. Cycling through the rain and constant headwinds. It was an incredible experience, giving us the chance to see so much of a country that we have come to love. In doing so, we raised money for two brilliant charities, Save The Rhino and the Army Benevolent Fund Soldier’s Charity.