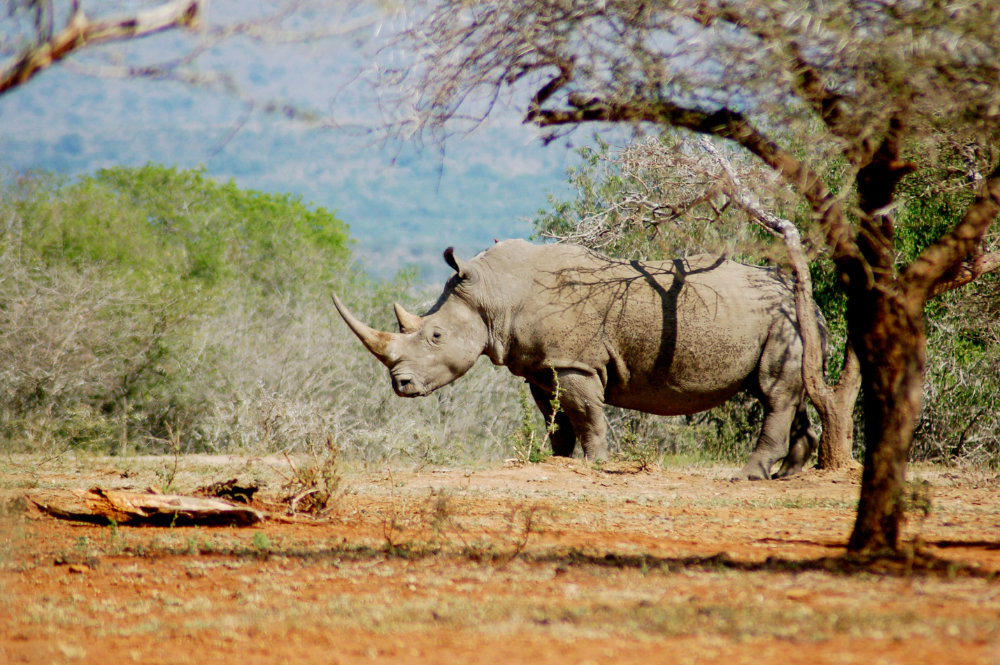 Save the Rhino has, during the past few days, been monitoring rumours of horrific rhino poaching incidents in South Africa. The South African Department of Forestry, Fisheries and the Environment (DFFE) has now confirmed that 24 rhino carcasses were found in the country between 1 and 14 December.

As always in cases like this, it is essential that we work with our conservation partners in South Africa to determine the facts and allow the responsible authorities to dictate the timetable for releasing potentially sensitive information.

According to the DFFE statement, the 24 carcasses were reported in four separate areas: KwaZulu Natal – 6; Western Cape – 4; Mpumalanga – 7; and Kruger National Park – 7. The statement does not confirm how many of these rhinos were poached, nor how many were found on public or private reserves. However, the four rhinos poached in the Western Cape were all killed in Inverdoorn Game Reserve, a private reserve, in one incident on 8 December. Outraged South African Citizens Against Poaching (OSCAP) claims that 23 rhinos were poached in 36 hours during the period Tuesday 7 to Thursday 9 December.

In 2020, 392 rhinos were poached in South Africa, an average of more than one rhino every day. However, annual averages often mask seasonal variations. If all 24 rhinos lost in December were, in fact, poached, this would give an average daily loss rate of nearly 1.75 rhinos per day, apparently a significant increase on the 2020 average. Unfortunately, however, it is not unheard of for rhino poaching to spike at this time of year. We’ve previously seen poaching increase in December as criminal syndicates aim to fulfil ‘Christmas orders’ for rhino horn – an upsetting thought. We will have to wait for more data to understand whether these horrible statistics represent a longer-term trend or a short-term spike as poachers and their criminal masters go ‘Christmas shopping’.

Whatever the situation, these upsetting numbers and the horrific images of the reality on the ground are a painful reminder of the pressures and threats that both rhinos and the brave people who protect them face every day.

Thankfully, some of the individuals allegedly responsible for recent poaching incidents have already been arrested. Nine alleged poachers were arrested in South Africa during the first two weeks of December, four of whom are suspects in the Inverdoorn poaching attack. However, arresting these individuals is just the first step. The courts must, when considering bail conditions, balance the rights of the suspects to due process with the threat of reoffending. In 2017 for example, three individuals arrested on poaching charges were let out on bail, only to be re-arrested for poaching two weeks later.

Meanwhile, anti-poaching ranger teams across South Africa and other rhino Range States, already suffering from the significant impacts of the Covid-19 pandemic – the catastrophic loss of income and knock-on lack of resources and equipment due to a lack of tourism for almost two years – will now be facing even more pressure to make sure that rhinos are protected. These rangers work round-the-clock to keep rhinos safe, coming up against armed poachers and sometimes witnessing the horrific mutilation or death of the animals that they’re trying to keep safe. It’s a dangerous and traumatic job, and it doesn’t stop for Christmas. The reality is that until there is no more demand for illegal rhino horn, a ranger’s watchful guard will remain essential.

Save the Rhino’s Keep Rhinos Connected appeal, which runs until the end of 2021, is raising money to buy technology – a powerful force-multiplier – to support under-resourced rangers and rhino monitors in Africa and Asia. Please donate now to ensure that rhino rangers have the resources and support they desperately need to keep rhinos safe.