You are here: Home » News » Rhino spotting in Swaziland 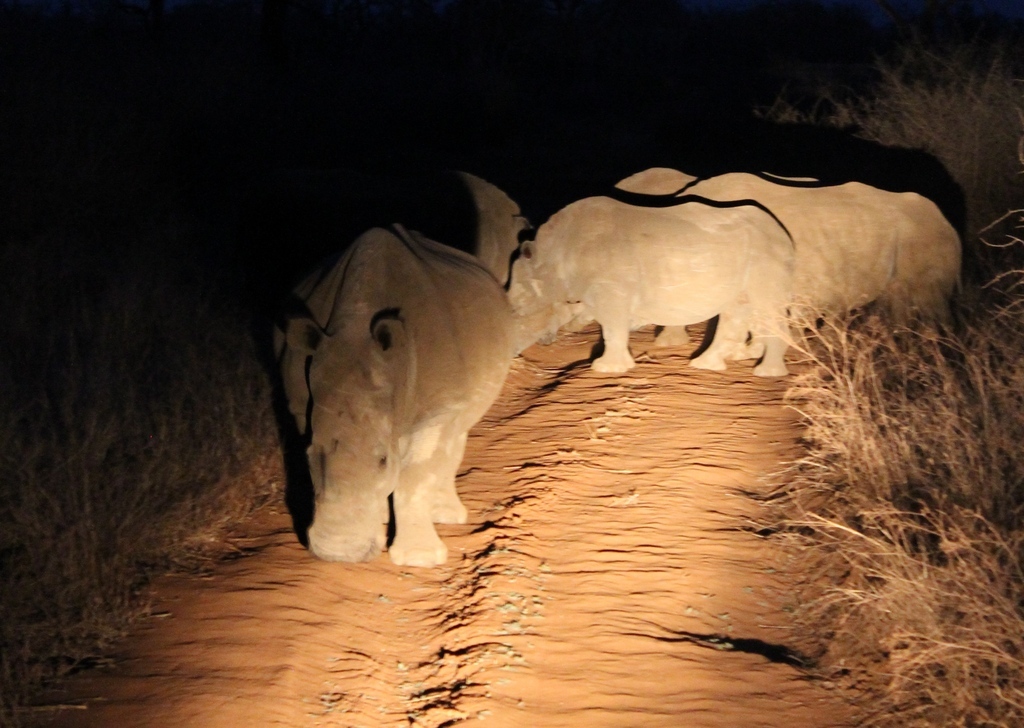 In September 2013, I was given the chance to visit one of the rhino projects that Save the Rhino has funded. The project chosen was Big Game Parks in Swaziland (BGP). My aim was to find out more about the work that they do, and whilst there I could help take away some of the burden of admin tasks – which can be a daily battle for every rhino conservation programme. Read on to find out about a few of the highlights from our trip.

Joining me on my visit was Max, who volunteered his web design and coding expertise to help revamp BGP’s email communications. We were staying with Mick and Kerry Reilly and their family, who together manage Big Game Parks’ three reserves: Mlilwane Wildlife Sanctuary, Mkhaya Game Reserve and Hlane Royal National Park.

On our first morning we set out into Mkhaya Game Reserve to look for rhinos by vehicle. The Reilly family bought and converted the land from commercial cattle-ranching operations into the wildlife reserve that it is today. It is now a haven for wildlife, and home to four of the big five game animals including the black rhino.

After only a short drive into the reserve we found a large group of white rhinos at a water hole. It was a great surprise to us to find them so quickly! Max had never before seen rhinos in the wild – and I only a very small number – so this was the most incredible start to our visit. We spent a while observing the group, who were sleeping quietly in the mud. On closer observation, one of the rhinos appeared to be pregnant; she would not come too close to the main group.

For me the contrast between the white rhinos we saw here and the famously elusive desert-adapted black rhinos that I’d seen in Namibia was striking. We’d travelled many hours to track down black rhinos, and when we did find them, kept our distance, in case they should catch our scent and charge. Although black rhinos are not as bad-tempered as many believe, they will naturally be protective if they have a calf in tow.

Seeing an entire group at a waterhole was an entirely different experience. And we were lucky to see many other rhinos, too. That same morning we came across several other white rhinos, most often a cow with her calf close-by. Whilst in Southern Africa, we also visited Hluhluwe-iMfolozi Park, which is situated about a day’s drive from Swaziland. Altogether in both countries we saw close to 100 rhinos, more than I ever could have imagined (before our trip we kept telling ourselves we might see a rhino – if we were lucky). This has to be my top highlight of our visit, as someone who is surrounded by pictures of rhinos at least 340 days of the year(!)

Apart from rhino spotting, we also really enjoyed being able to contribute to BGP’s work – even in our own small way. We spent as much time as we could on our laptops, whether typing up data, or working on coding and designs for the new e-newsletters. This was the least we could do to thank the Reilly family for inviting us, and for showing us around the three beautiful reserves that they protect.

We learnt that the BGP team are invaluable to the local area. As well as protecting rhino and other wildlife from poaching activities, which is truly a 24-hour job, they are involved in other activities that benefit the community. This ranges from the planned – such as outreach work that BGP does with local schools – to the unplanned.

Whilst there the team were called out to give emergency assistance to a fight a fire that had started in local conservancy land. A team of BGP rangers joined the race to backburn strips of land, preventing the fire from jumping across roads into new areas. The fire could not burn across land that had already been burnt. We were not too close to the main fire, but it can spread incredibly fast across the dry land, before the rains have come. Knowing that the rangers risk their lives in this way – and remembering that they also risk them daily, as part of anti-poaching activities – only deepened our respect for the incredibly important work that they do.

And lastly we came back with lots of other personal highlights, experiences that we could not have had from our respective offices in London, for which we will always be grateful. From meeting face to face with wildebeest and flying in a helicopter – to sleeping out under the stars in the bush. We would like to thank BGP very much for hosting us and SRI for giving us this opportunity.

3 thoughts on “Rhino spotting in Swaziland”