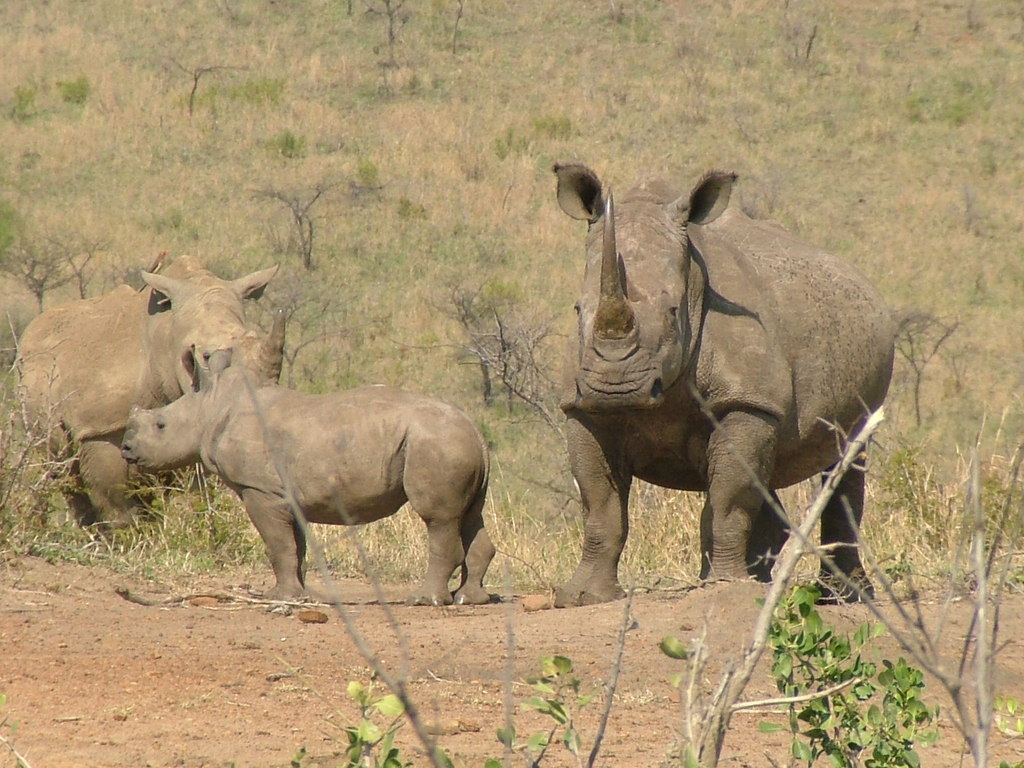 With poaching reaching record levels, there is no doubt that 2014 has been a challenging year for rhinos, and the organisations and individuals working to protect them. As the year draws to a close, we take a look at the biggest rhino news of the year.

1. Putting the illegal wildlife trade on the global political agenda
The illegal wildlife trade is now a global criminal industry, ranked alongside drugs, arms and people trafficking, that drives corruption and insecurity and goes well beyond just a threat to endangered species. This year has seen numerous high-level political commitments to combat wildlife trafficking, including February’s London Declaration on Illegal Wildlife Trade, the USA’s ‘National Strategy for Combating Wildlife Trafficking’, involvement from the UK Royal Family, along with a high-level Directive from Vietnam’s Prime Minister.

2. Plight of the Northern white rhino
Following the recent deaths of Suni at Ol Pejeta Conservancy, Kenya, and Angalifu at San Diego Zoo Safari Park, there are now only five Northern white rhino in the world. Genetic material has been collected from the last individuals and a German team is working on Assisted Reproductive Technologies. However the future for this subspecies is grim; the decline of the Northern white rhinos is a sad, sorry history of political conflict in their former range states, and it is important to ensure that the remaining rhino species do not go the same way.

3. Record rhino poaching in South Africa
A tragic 1,116 rhinos have been killed in South Africa so far this year, making 2014 the worst year for rhino poaching on record. Various strategies have been implemented to combat the poaching including improved security and arrests, new technology, translocations and the creation of an Intensive Protection Zone in Kruger National Park. Meanwhile the debate continues on the legalisation of the trade in rhino horn, with South Africa pursuing a proposal for the 2016 CITES meeting. This year South Africa also lost the legendary conservationist Dr Ian Player.

4. Help a Ranger, Save a Rhino
We launched our 2014 ‘Help a Ranger, Save a Rhino’ appeal in response to the rhino poaching crisis, to fund vital equipment for the ranger teams in South Africa’s Hluhluwe-iMfolozi Park. Thanks to your generosity we are very close to our £20,000 funding goal. Funds have already been used to purchase new ranger equipment (see left image), but more is needed. Watch our video to see why the rangers need your help and please give generously.

5. Worrying increase in Namibian rhino poaching
Namibia has so far remained relatively unscathed from the rhino poaching crisis devastating neighbouring South Africa. However this year represents a worrying turning point, with 22 rhinos poached in the country so far. A number of Chinese nationals have been arrested in relation to the poaching and currently remain in custody. The Namibian authorities have responded with dehorning operations, horn micro-chipping and increased ground patrols.

6. Reducing the demand for rhino horn in Vietnam
This year we have embarked on a major behaviour change campaign, aiming to reduce the demand for rhino horn in Vietnam. With funding from the UK government we have partnered with TRAFFIC and PSI to launch the ‘The Strength of Chi campaign’, which promotes the idea that success, masculinity and good luck flow from an individual’s internal strength of character and refutes the view that these traits come from a piece of horn.

7. Hope for Javan rhinos
Our partners at the International Rhino Foundation have just reported great news for Javan rhinos. This year, a study by Ujung Kulon National Park using video camera traps yielded images of 58 (possibly as many as 61) individually identifiable rhinos. When compared to the 44 animals previously thought to survive in the wild, this population increase is fantastic news!

8. Sumatran rhino protection continues
Thanks to the continued efforts of the Rhino Protection Units (RPUs) no Sumatran rhinos have been poached so far this year (or the years since 2006) in Bukit Barisan Selatan and Way Kambas National Parks. In 2015, the RPU programme in Sumatra will celebrate its 20th anniversary. Sumatran rhinos remain critically endangered with less than 100 individuals estimated to survive. 2014 also saw the loss of two captive individuals; Suci in Cincinnati Zoo and Gelugob at Lok Kawi Wildlife Park in Sabah, Malaysia.

9. Identifying the criminal syndicates behind wildlife trafficking
This year has seen increasing efforts to detect and arrest the top-level criminal king-pins organising the smuggling of wildlife products. At a global level Interpol issued a ‘most-wanted’ list of environmental criminals, which resulted in the arrest of a fugitive in Zambia linked to ivory trafficking. In the USA agents from ‘Operation Crash’ have undertaken many undercover investigations, leading to the arrest of 18 people for trafficking wildlife parts. In South Africa Hugo Ras and nine other members of the suspected poaching gang were arrested following a year-long operation by the Hawks.

10. Greater one-horned rhino still faces poaching threat
There is still a high risk of poaching facing India’s Greater one-horned rhinos with over 28 rhinos killed in Kaziranga National Park this year and further rhino losses in Manas National Park. The last three losses in Manas are attributed to a recent insurgency movement, and efforts are underway to bring the poaching situation under control in the Park. Save the Rhino continues to support the Indian Rhino Vision 2020 programme and preparations are now underway to return rhinos to the Laokhowa-Burachapori Wildlife Sanctuary in early 2015, where rhinos were poached to disappearance more than 30 years ago.

11. Funding successes and collaborative action
Your fabulous support has enabled us to make grants totalling approx. £680,000 since the beginning of our financial year on 1 April, with many more grants due to go out in early 2015. Among the, many donors who have made these grants possible, we would particularly like to single out and thank the US Fish and Wildlife Service’s Rhino and Tiger Conservation Fund, our single largest donor, whose grants are invaluable to many of the African rhino field programmes we support. We would also like to thank the many European zoos who now regularly support in situ rhino conservation efforts, and new donors including the de Brye Charitable Trust, the Anna Merz Rhino Trust and the Glen and Bobbie Ceiley Foundation. We are particularly proud of our financial and logistical support for the meeting looking at new technologies for rhino monitoring and security, held in March-April 2014 in Kruger National Park, and our new partnership with TRAFFIC-Vietnam and PSI to develop and deliver a demand-reduction programme in Vietnam, in addition to close collaboration with the EAZA Rhino TAG, the International Rhino Foundation and WWF-South Africa. This cooperation is such an important part of being able to deliver maximum impact – and they make our jobs much more fun too!

12. Rhino fundraising champions
We’d like to thank all our fantastic supporters for their dedication and commitment to raising funds and awareness for rhino conservation over the past year. To mention just a few… Our London marathon team raised over £92,500 and our Ride London cycling team £28,000. Will Frazer and Johan du Plessis have just finished their incredible round the world cycle ride in 234 days, raising over £22,000. Mat Hartley completed his Braai 365 challenge raising over £7,000 and Ivan de Klee cycled 10,000km from Cape Town to Nairobi raising over £12,000. This year we also celebrated World Rhino Day with our ‘Nail it for rhinos’ campaign. Thank you all!