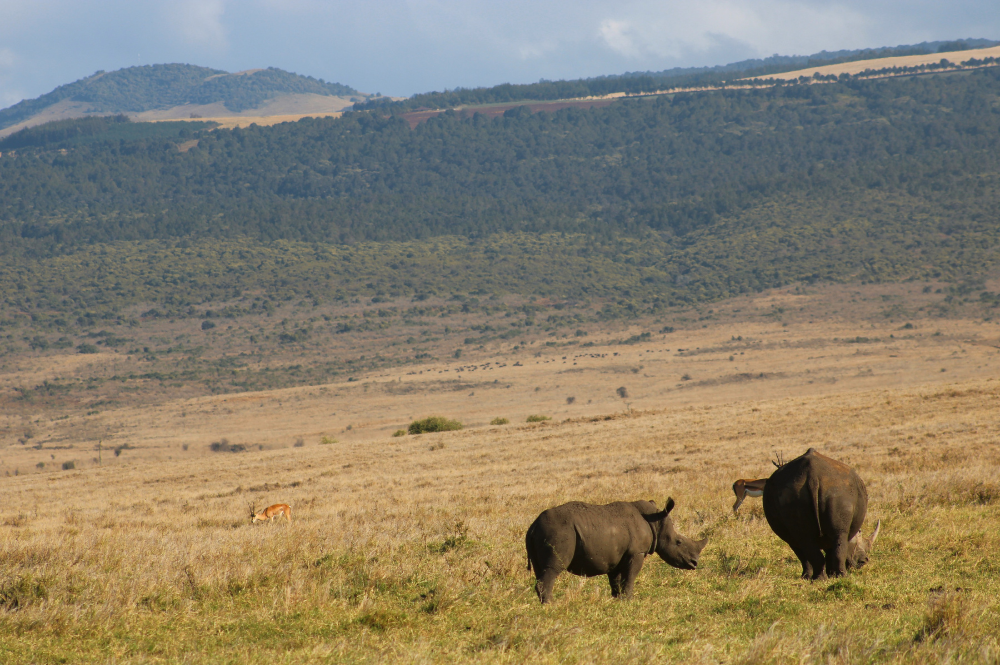 After more than a decade of relentless poaching and habitat degradation and loss, our fears are confirmed. The global rhino population is declining.

Population estimates of all five species have been updated by IUCN’s African and Asian Rhino Specialist Groups, in a report to the Convention on International Trade in Endangered Species (CITES). Devastatingly, since 2017, the world’s rhinos have decreased by 3.7%. As of 31 December 2021, the total rhino population was estimated to be 26,272.

As you can see from the table above, there is some good news – numbers of black rhinos and Greater one-horned rhinos have increased. But the huge drop in the white rhino population has brought down the global total. And numbers of Javan and Sumatran rhinos in Indonesia remain frighteningly low. Like so many other issues in conservation, a number of factors have contributed to the current situation.

Firstly, the largest decline has been in Southern white rhinos; approximately an 11.8% drop in their total population since 2017. Poaching is the largest factor here, with more than 3,841 African rhinos poached between 2017 and 2021. Whilst that total includes black rhinos, most incidents will have impacted white rhinos because of their use of open, grassy habitats (instead of thick bushes used by black rhinos), their more social behaviour, and their significantly larger population.

Improvements in the accuracy of population counts has also contributed to the decrease in estimated white rhino numbers. For decades, South Africa has been home to the largest white rhino population, thanks to significant conservation efforts by the public and private sectors. Specifically, the Kruger National Park has been a stronghold for the species since the late 1990s. Despite intense poaching, at least 7,000 white rhinos were thought to be in the Park in 2019. But 2021 brought more sophisticated analysis, and a shocking reality showing the impact of poaching. The white rhino population had dropped to 3,529.

Alongside poaching, changes in our climate are increasingly threatening rhinos and the ecosystems they rely on. Countries across Southern Africa are dealing with the impacts of severe and prolonged droughts. Due to their feeding habits, droughts affect white rhinos significantly more than the black species. Not only does drought cause an immediate increase in mortality, but surviving rhinos take time to recover, and in turn, breeding declines.

At their best, rhino populations grow approximately 5% each year. Naturally, this is dependent upon the space, food, and water available. Without the right balance, breeding declines. One factor tipping the scales away from the rhinos’ favour is having too many animals in one place. Overstocking increases competition for resources, reduces animal health, and causes more intra-species fighting. In turn, fewer calves are born and natural deaths increase (fighting between bulls, for example, increases as territories overlap). Having too little space for rhinos is, most likely, not a direct cause of the recent declines in white rhinos. But it makes it harder for rhinos to recover. Black and Greater one-horned rhino numbers, for example, are rising, yet, at 3.2% and 2.9%, respectively, their growth is significantly below the 5% optimum. Poaching may be the greatest constraint for black rhinos, but for Greater one-horns in India and Nepal, a lack of suitable habitat is the main challenge.

In Indonesia, the populations of both Javan and Sumatran rhinos remain alarmingly low. Thanks to successful breeding in recent years, Javan rhinos have increased, but only to 76 animals that all live in one park. Without any new habitat to move into, they are at enormous risk of disease and natural disaster. And while a Javan rhino hasn’t been poached for more than a decade, ensuring the rhinos and their habitat are well protected remains a top priority.

Sumatran rhino numbers are of even greater concern. While official figures from the Indonesian Government talk of fewer than 80 animals remaining, IUCN’s data suggests there may be only 34-47 individuals left. And, unlike Javan rhinos, these animals aren’t in one location. They’re spread out in tiny, separated patches of forest, making it incredibly difficult for them to find each other, let alone breed and successfully produce offspring. The news is devastating. We’re doing all we can to find and rescue the remaining wild Sumatran rhinos, bring them together into safe habitats and encourage them to breed. But these projects take time, and the species is being pushed to the edge of extinction. One glimpse of hope has come in the form of a pitter-patter of ‘tiny’ rhino feet, however; a Sumatran rhino was born in Indonesia in March 2022.

Hope – and effective and urgent action – are crucial. The sad reality of this recent news is that conservation activities aiming to save rhinos and the places they live are as important today as they were 30 years ago when Save the Rhino’s founders began their mission. Some of the challenges have changed and new ones have appeared. But we know that it’s not too late.

Rhinos are incredible, resilient animals. If we can secure the space they need, their numbers will grow. It’s up to all of us to make sure that happens.