You are here: Home » News » Tracking black rhinos in Namibia 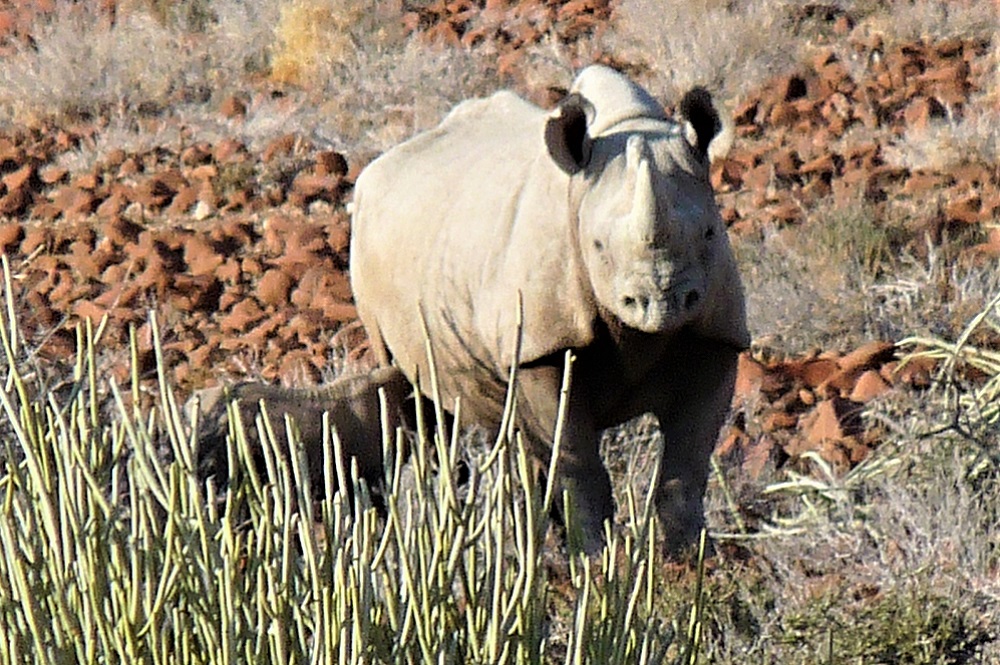 For nearly four decades, Save the Rhino Trust (SRT) has been tirelessly protecting the last, free-roaming population of black rhinos in the world. Our 2018-19 Michael Hearn Intern, Allie Mills, caught up with an experienced ranger (or a tracker as they are known in the field) to find out more about their important tracking work. 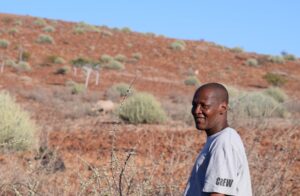 What’s your role at SRT?

I started in 1989 as a Junior Tracker, then became a Senior Tracker later on. After that, I was promoted to a Team Leader and now I am a Principal Officer, in charge of taking each team to different areas and supporting them with water and food and anything else they need.

What’s the daily routine of a tracker?

Each day a tracker goes on patrol to look for rhinos. Starting from freshwater springs, the best way for us to find rhinos is by following the fresh tracks nearby. Once a rhino is spotted, we make sure that everything is recorded: their location, how many rhinos were there, their behaviour and any additional signs to report about their health. Afterwards, they go back to the camp; it can be quite a distance and our trackers are often out all day.

In the beginning, it was very difficult: there was only one car travelling the entire area to bring food and water to camps. We were dropped in the bush for three months. On my first patrol with the Community Game Guards, they taught us about the area, and told us stories about lions…

But it’s not just lions, cheetahs and elephants to look out for. Black rhinos can be aggressive, so we always have to be on our toes and remember that we are in their home.

What’s the hardest thing about your job?

Sometimes you can track a rhino in one direction and then you realise one is right behind you. Now, when I hear that sound I simply start running. Once, a tracker was charged by a rhino and he broke his leg because the rhino was able to step on his foot. It’s a difficult and dangerous job.

Why do you protect rhinos?

I love rhinos because I love nature. I grew up in this area, in the nearest conservancy, an area where my ancestors were before. Our elders told us everything about rhinos – their diet, their behaviour, their aggression. They sparked my interest in rhinos, and now I get to work with them each day and benefit the rhinos and my community.

I hope that my children grow up to love rhinos. I would love for them to follow in my footsteps.

One thought on “Tracking black rhinos in Namibia”