You are here: Home » News » Life in the office – the other side of field work! 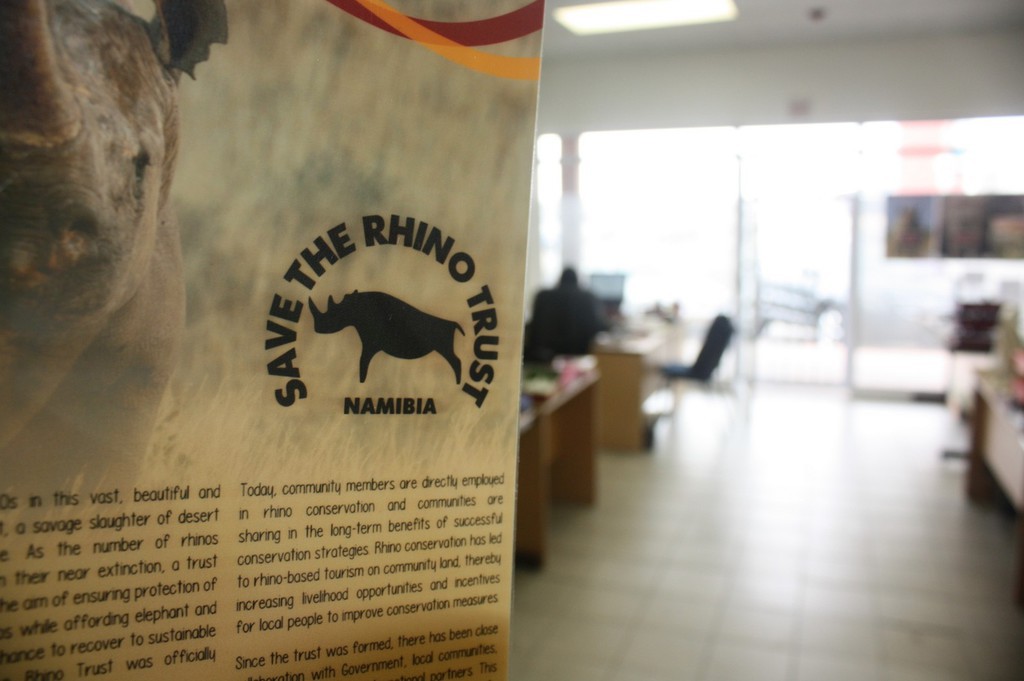 As exciting as the work at the Mai Go Ha field office is, it would not be possible without the efforts of the rest of the Save the Rhino Trust (SRT) Team in the Swakopmund administrative office. I spent three weeks working with the lovely Hannelie, Jeff, and Alta. These weeks in the office were primarily spent helping Jeff, SRT’s Science Advisor, work through a pile of 300+ community surveys, as part of SRT’s Rhino Pride Campaign.

The Rhino Pride Campaign is a new project, targeting schools, farmers, and youth in or near the Rhino Range in the Kunene Region, to assess their knowledge of rhinos and attitudes to poaching, and ultimately encourage ‘Rhino Pride’ in key rhino range conservancies.  I spent time transcribing the baseline data from the paper surveys onto a database to be analysed and reviewed. This exciting community-based project aims to complement the work in the field, with the long-term goal to improve local’s people knowledge of the rhinos, and engage them with rhino conservation efforts. It is vital that having rhinos in their surroundings is a benefit to these communities, through income generating opportunities, as the support of local people is essential to the success of the conservation projects.

Through assessing the current knowledge, attitudes and willingness of key target audiences to support rhino conservation, SRT aim to establish effective outreach efforts to discourage poaching and encourage conservation efforts, to complement the hard work monitoring and protecting this very special population of black rhino in the Kunene region.