You are here: Home » News » Life in the field: Meeting the people protecting Namibia’s rhinos 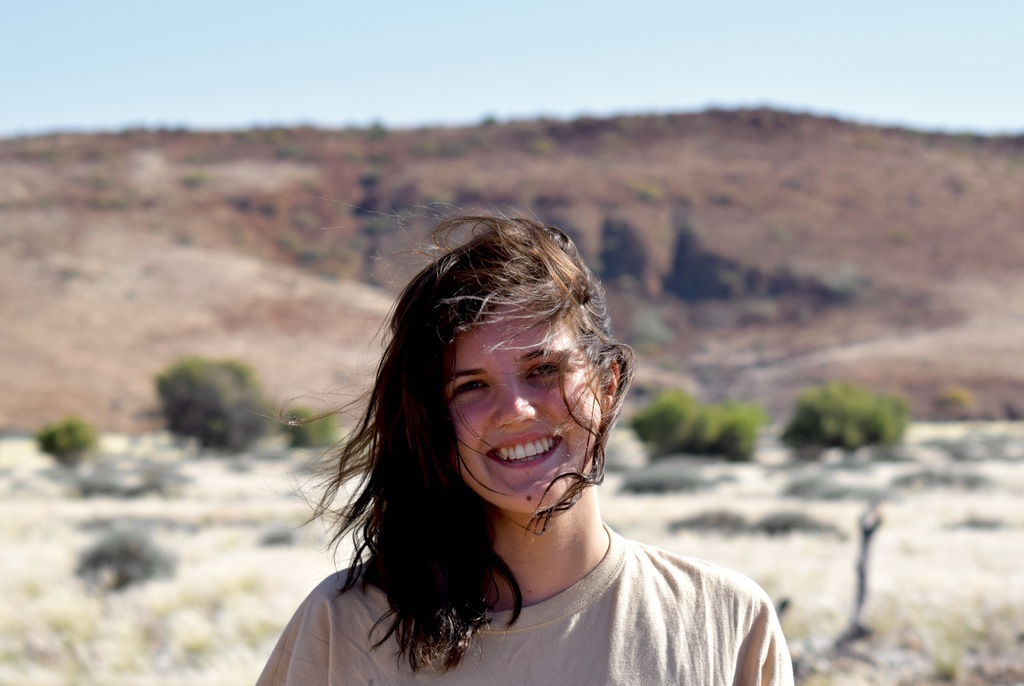 As the 11th lucky Michael Hearn Intern, in May 2017 I packed up the world’s heaviest backpack (unsure of the etiquette re. rhinos seeing you in the same outfit twice) and set off on the trip of a lifetime to Namibia to spend a month with Save the Rhino Trust, where Michael Hearn had previously been Director of Research.

After two days adjusting to the coastal fog of Swakopmund, I stocked up on canned and dried food, and headed up North with Simson (CEO of SRT) to Mai Go Ha, the SRT field office in the Kunene region. The base camp at Mai Go Ha is where Simson spends the majority of his time, overseeing all operations on the ground. The only time Simson’s phone stops ringing is when he is so far into the bush that his phone can’t receive signal – some welcome silence for the busiest man I’ve ever seen!

I spent most of my time in the field under either the wing of Simson or Sebulon (SRT’s Principal Tracker). On my first day Sebulon and I set off into the bush to deliver a drum of water to rangers out in the field. The rangers and trackers have dedicated their life to the protection of this species, as they spend 21 days at a time out in the field tracking rhino by foot, with limited contact to the outside world. All rangers in the field are accompanied by law enforcement officers to ensure their safety. As a team they cover a remote and rugged area of 25,000km2.

The vast majority of the SRT team grew up in the local area and have worked at SRT for many years. Simson joined the team in 1991, holding several positions and working alongside Mike Hearn, before his appointment as CEO in 2014. Lesley, presently Director of Field Operations, started as an access control guard for SRT in 1993 before working his way up through the ranks to his current position, accumulating vast expertise across the field.

In addition to the trackers and management team, I spent a lot of my spare time with the people at the heart of the base camp; Welhemina, the office clerk, Angelyn, the office manager and cleaner (Angelyn is even lucky enough to have a rhino named in her honour!), and the children of some of the trackers. The SRT team at Mai Go Ha operate as a family and I was overwhelmed by the sense of common purpose. Whilst speaking to different members of staff about their reasons for working in rhino conservation there was a common theme – they want to protect rhinos for their children, their grandchildren and future generations.

2 thoughts on “Life in the field: Meeting the people protecting Namibia’s rhinos”