You are here: Home » News » Meet the makers of our crochet rhino toys 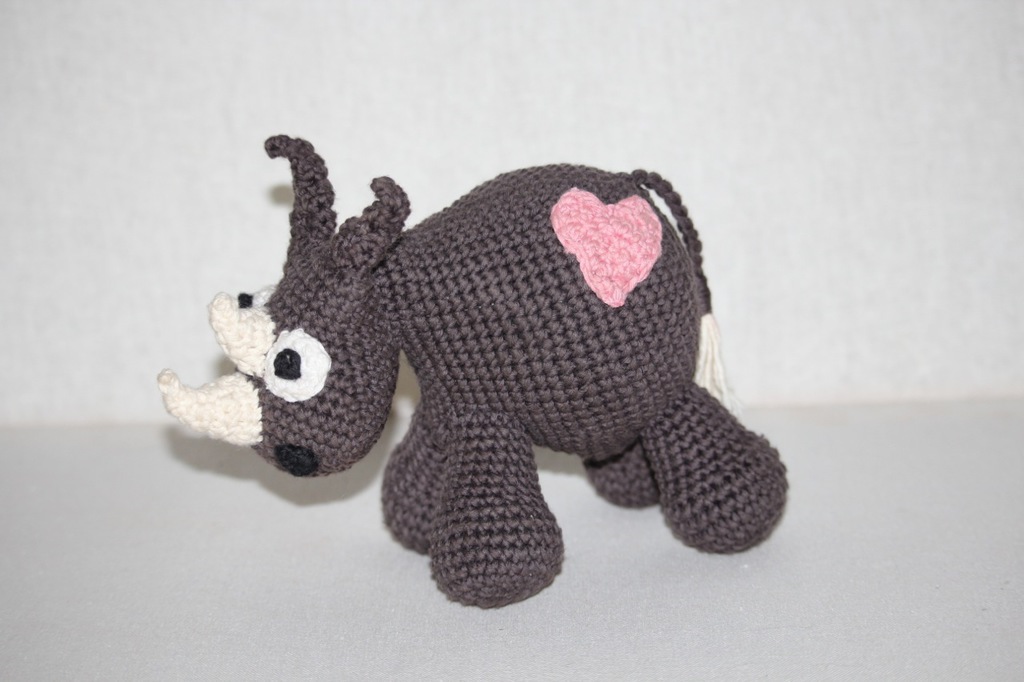 If you’ve bought one of our Little Ndbaba crochet rhinos from Save the Rhino’s online shop, then you’ll know that each lovingly handcrafted toy comes with its own story – every rhino is named after a real rhino living in North Luangwa National Park. But each rhino also comes with another unique story; the story of its craftswoman.

Little Ndbaba is a women’s cooperative, based in Zambia, which helps rural women to develop a sustainable livelihood by producing organic cotton crochet toys. So when you’re buying a Little Ndbaba toy, you’re not just donating funds to Save the Rhino, you’re also supporting a Zambian woman to achieve financial independence. Meet Barbara, who has been busy crocheting rhinos for our shop…

Barbara is a single mum, having separated from her husband about a year ago. After her husband left her for his mistress, so she and her children had to move in with her sister to survive.

Barbara’s sister taught her how to knit and crochet, and now it is this skill that has given her the chance to cope in her own right.

After joining Little Ndbaba’s women’s cooperative and knitting and crocheting toys, Barbara and her children have since moved into their own home and she is beginning to build the funds to send them to school.

Charles Barr, who founded Little Ndaba, tells us that Barbara’s story is relatively common amongst the ladies they work with:

Very poor quality education, wayward husbands and alcohol abuse accounts for a lot of displaced women and children in poor, rural communities. It is great that the toys offer a chance for the women to survive and eventually thrive. We hope that Little Ndaba is empowering them financially and spiritually.

Little Ndaba’s aim is keep reaching more women so that they will be financially able to provide for their rural communities – often places where jobs are few and far between –  and help put funds into educating the next generation.