You are here: Home » News » Rhino spotting at Ol Jogi 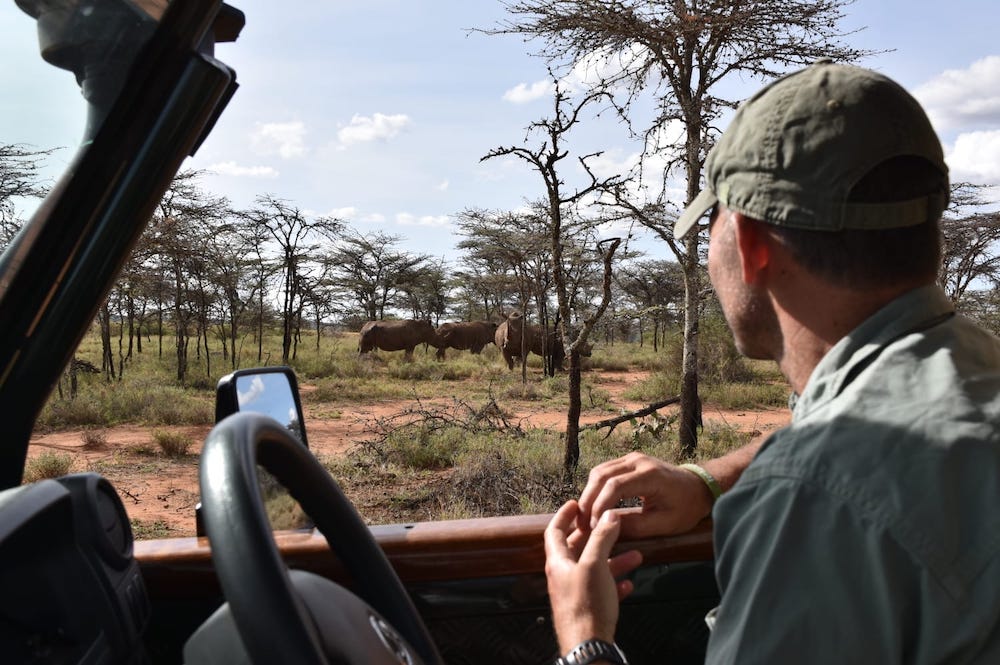 Ol Jogi Conservancy was established in 1980 and is one of the oldest conservancies in the Laikipia region in Kenya. Starting with an initial founder population of only four black rhinos and six white rhinos, the numbers have grown substantially over the years, and the Conservancy has become a stronghold for the Eastern black rhino subspecies, with a number of rhinos being translocated out of Ol Jogi to help build up Kenya’s national population of rhinos and restock areas where rhinos were dwindling.Today, with a much bigger rhino population than before, Ol Jogi demonstrates what can be achieved through effective law enforcement, anti-poaching measures, monitoring and biological management, and huge passion to preserve one of the most iconic species on Earth.

Here at Ol Jogi, the dedicated rhino monitoring team see each rhino every day, on average. A pretty impressive statistic. Today, as we were driving through the Conservancy, I kept thinking just how impressive it is that the team can track, locate and identify their large herd every single day.

Later, Jamie explains to me that their rhino monitors, all recruited from thesurrounding communities, have developed such an understanding of the species that they can tell each individual apart just by spotting a fresh rhino footprint on the sandy track – wow. As each rhino has a unique footprint, the monitoring teams can identify all individuals with an astonishing accuracy, looking out for additional signs such as rhino’s body size, shape of the horn, range and any dependant calves.

If any rhino is not spotted for more than two days, an aircraft is deployed to help the tracker teams on the ground locate the animal more quickly. All rhino monitoring data is then compiled and recorded to guide the biological management and law-enforcement decisions at Ol Jogi, as well as fed into the national rhino monitoring database, Kifaru, to support coordinated approach to rhino conservation across Kenya.