You are here: Home » News » A new vehicle for Borana Conservancy 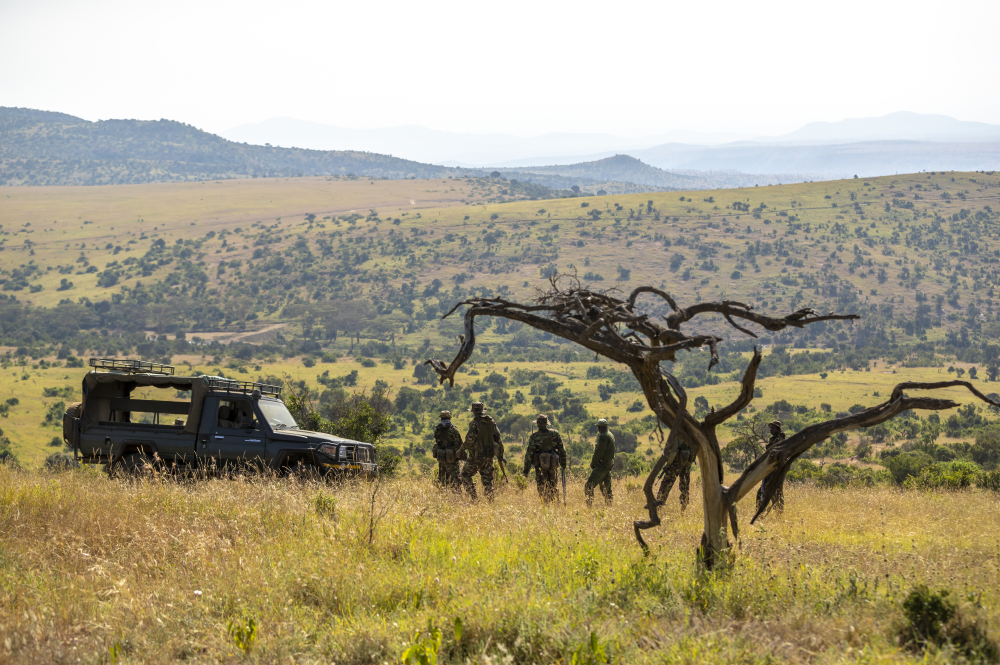 Borana Conservancy, in Kenya, is one of Africa’s newest rhino conservancies and one of its most successful. In 2013, more than 50 years after they had last roamed the area, black rhinos were reintroduced to Borana, and they have thrived ever since.

Of course, rhinos can only thrive if they are well-protected, and one of the biggest threats to Borana’s rhinos – like all rhinos across the African continent – is poaching. Thankfully, only two rhinos have been killed on Borana (July 2015) since the reintroduction. Yet this doesn’t mean that the threat has reduced to zero; two rhinos were poached on Lewa Conservancy in December 2019. Borana’s rangers must remain on high alert.

Vehicles are an essential part of any patrol team, helping rangers to cover vast distances, day and night, and respond rapidly to urgent incidents. With two vehicles more than eight years old and requiring constant maintenance, Borana desperately needed an upgrade. In February 2021, your donations purchased a new, uniquely modified, and fit-for-purpose Toyota Landcruiser for the anti-poaching team.

The vehicle was purchased locally and fitted with a longitudinal bench seat facing outwards, a roll cage that supports a canopy, and a roof rack over the cabin for carrying equipment that will enable each unit to remain in the field unsupported for up to 10 days. Extra protection was added to the outside of the vehicle, reducing the potential for damage when it’s used off-road to support emergency evacuations or wildlife interventions. Specialised digital radio communication stations were also fitted, enabling the security team to coordinate safely during operations.

The costs of protecting rhinos across a landscape as vast as Borana Conservancy are incredibly high, and sustained funding is needed to maintain high levels of protection and security for rhinos at Borana.

Thanks to you, we can ensure that Borana’s 125-strong ranger team has the right equipment for their important work. As the impacts of the pandemic continue to be felt and income from tourism remains extremely low, your support has provided a lifeline of emergency funding, ensuring that rangers can continue to monitor and protect Borana’s precious rhinos and other endangered wildlife. Thank you so much.

We’d like to say a special thank you to Ardea Cares for their generous support.