You are here: Home » News » Making a difference for Ol Jogi’s rangers 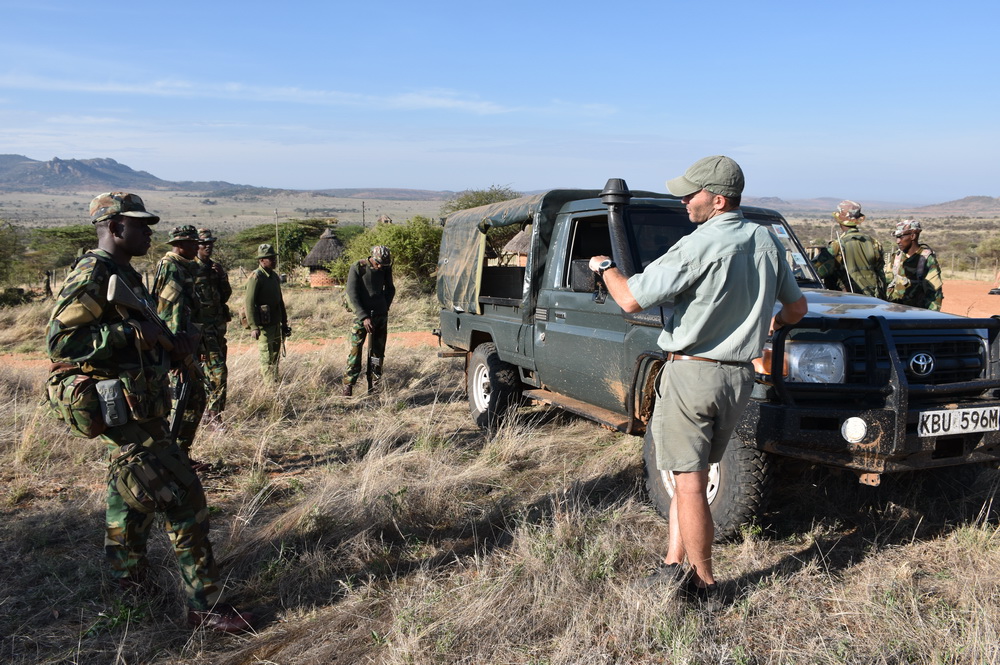 At the foothills of Mount Kenya lies one of the oldest conservancies in Kenya’s Laikipia region: Ol Jogi. The 58,000 acre reserve is a stronghold for the Critically Endangered Eastern black rhino. The team at Ol Jogi’s work round-the-clock to keep their rhinos safe.

For more than 30 years, Ol Jogi was a safe haven for rhinos, with no rhinos lost to poaching from 1980 to 2012. But as poaching crisis escalated in the mid-2000s, Ol Jogi suffered a number of attacks. This difficult time led to a change in security measures at the reserve; increased foot and aerial patrols, a dedicated canine unit and improved tools and equipment to monitor and protect the reserve’s rhinos.

Today the task of protecting rhinos remains a formidable challenge; it is essential that rangers are well-supported and ready to respond to emergencies. Thanks to donations from our partners and supporters, we’ve been able to make a real impact for Ol Jogi’s rhinos in the past year:

“Whilst equipment can greatly enhance our ability to proactively and reactively address conservation issues, we ultimately rely on human resources for the provision of services. Equipment, be it technological or physical, acts as a support layer to improve safety and efficiency for the men and women who are engaged in protecting wildlife on the ground.” Jamie Gaymer, Wildlife and Security Manager, Ol Jogi Conservancy

Thank you so much to everyone that has donated and helped achieve so much for Ol Jogi! A special thank you to Berlin Zoo and Tierpark Berlin, Yorkshire Wildlife Park Foundation, Hannover Zoo and Tallinn Zoo for their dedication towards Ol Jogi’s rangers and rhinos.

With your support, we can keep improving the equipment for rangers so that they can protect rhinos better than ever before. Make a difference today.