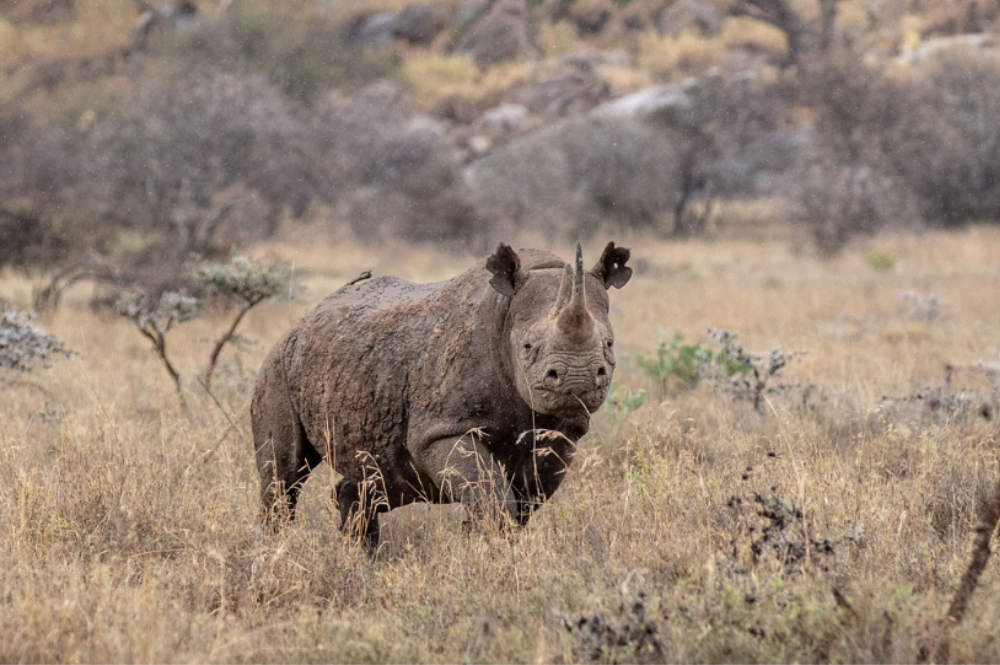 While Ol Jogi Conservancy in Kenya is celebrating maintaining its zero-poaching record for the sixth consecutive year, the team refuses to become complacent. Covid-19 has had a significant impact on one of East Africa’s largest black rhino reserves as tourism has come to an abrupt halt, but the Conservancy is doing everything it can to ensure the safety of its rhinos isn’t compromised – including rolling out its new camera system.

During 2019, the first phase of a new camera system, including five cameras and a relay station to monitor key wildlife corridors on the Conservancy, was installed. The cameras allow the team to monitor movement in and out of the Conservancy, providing insight into the migration of wildlife on these key corridors, and – crucially – increasing the security of the rhino population.

Despite the challenges of the pandemic, the second phase – an additional six camera and two relay stations – was rolled out in August last year, and has already proven to be a huge asset to Ol Jogi’s security. The new infrastructure has extended the camera system to more wildlife corridors across the Conservancy, offering even greater protection to its rhinos. The cameras are essentially CCTV, but they start recording to the cloud once motion is detected. The footage is subjected to artificial intelligence and images of concern are immediately uploaded to our Earth ranger platform, as well as sending alerts to certain people.

The third and final phase of the project will see a total of 18 cameras in operation across its wildlife corridors. These have been delayed due to the impact of Covid-19, but thanks to the team at Ol Jogi’s determination and your support, the Conservancy has been able to continue making progress.

Of course, increasing camera footage helps to set the scene of wildlife movements, but Ol Jogi’s rangers have a leading role in reacting to the alerts from this infrastructure to protect the Conservancy’s rhinos. Throughout 2020 the team has continued to invest in developing ranger’s skills and boosting morale. Last year, with the help of Save the Rhino supporter funds, the equivalent of more than 720 training days were delivered to Ol Jogi’s rangers. This training helped the rangers boost their knowledge and skills for their daily foot and vehicle patrols, and enabled Ol Jogi to maintain the number of rangers deployed for night standing observation posts. On top of this, around 125 hours of aerial surveillance was conducted, including for the annual wildlife census.

As we continue to put a spotlight on rhino conservation, highlighting the importance of investing in equipment such as cameras and the actions teams in the field are taking to protect them, we would like to thank you. When it comes to saving rhinos, even when hit by a pandemic, the show must go on and, thanks to your support, it will.