You are here: Home » News » Kenya poaching stats out 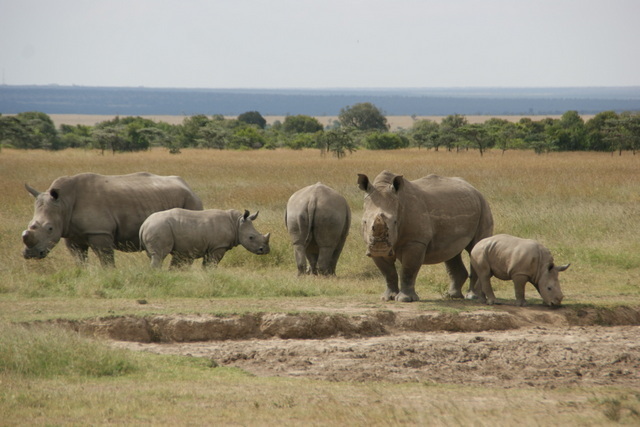 Kenya, one of the many African countries affected by the poaching crisis, saw a reduction in the number of rhino and elephant poached in 2017.

“Kenya lost nine rhinos and 60 elephants to poachers in 2017, compared to 14 rhinos and 96 elephants lost in the previous year” said Najib Balala, Cabinet Secretary in the Ministry of Tourism and Wildlife for Kenya.

The decline in wildlife poaching in Kenya is a reflection of the hard work and dedication of the rangers who protect the animals in Kenya’s national parks, and community- and private-land conservancies. Increased levels of security have been complemented by tougher sentencing guidelines for wildlife crime and by community engagement initiatives.

This positive news comes one month after South Africa reported a very slight decline in its own poaching statistics. However, the losses are still extremely high, virtually cancelling out the overall metapopulation’s growth rate. Whilst good progress is being made in Kruger National Park, home to the world’s largest population of white rhinos, organised crime, demand for illegal rhino horn mean that the poaching crisis is still a long way from being solved.

Save the Rhino supports Lewa Wildlife Conservancy in northern Kenya, a sanctuary that protects several endangered species including the black rhino. Wanjiku Kinuthia, Communications Officer at Lewa, explains how they have helped increase the Kenyan rhino population and reduce poaching over the years:

“When we started in 1983, we had just 15 black rhinos living on our land. Not only has this increased but we’ve also been able to re-stock other previously uninhabited areas with rhinos. We’ve reintroduced rhinos to places where they had been wiped out in the 70s and 80s.

“Lewa’s wildlife isn’t just protected by rangers, and fencing. If anything, what we’ve achieved beyond the fence-line is our biggest success to date; pioneering a community conservation movement across northern Kenya through the establishment of the Northern Rangelands Trust (NRT). NRT, with Lewa as its anchor, is working towards a future where wildlife and people can thrive together.”

“I’ll be interested to see the confirmed poaching statistics at continental level” said Save the Rhino’s CEO Cathy Dean. “Although it looks as if overall poaching numbers will show a slight decrease, which is encouraging, the killing of three rhinos every day is nothing to celebrate. And when you add in the effects of a prolonged drought in southern Africa, which is affecting calf survival and reproductive rates, we could be looking at an overall decline in rhino population numbers by the end of the year. The report of the IUCN SSC African and Asian Rhino Specialist Groups and TRAFFIC, in time for the next CITES Conference of the Parties in May 2019 in Sri Lanka, will show us what is really happening.”

3 thoughts on “Kenya poaching stats out”