You are here: Home » News » Greater than the sum of its parts 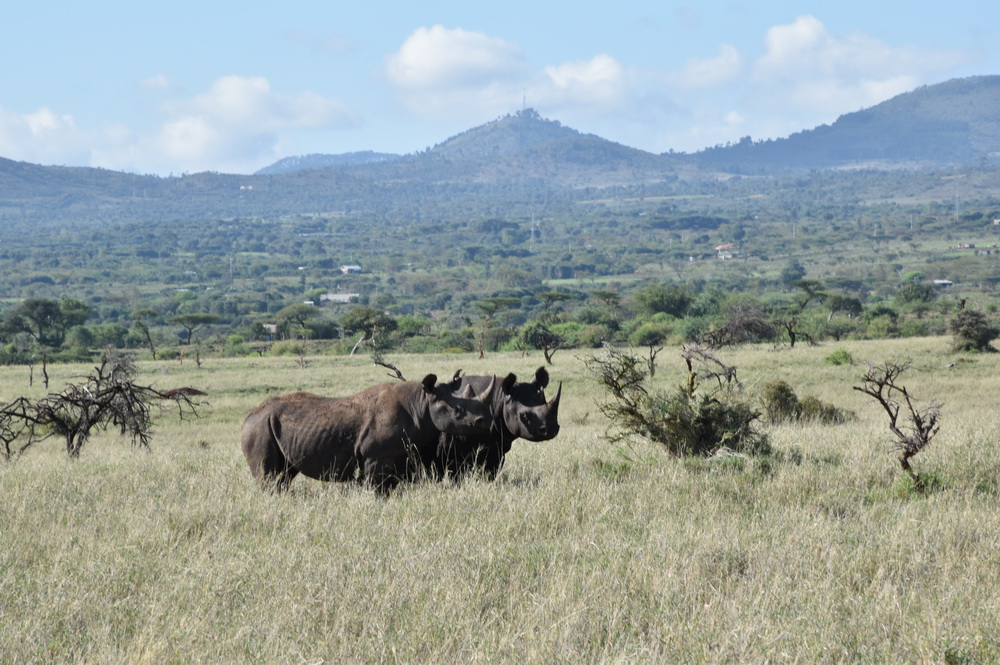 If there’s one thing that has been on everyone’s mind these past few months, it’s been how to cope with the ‘new normal’, whether that has meant changing how and where we work, finding new ways to stay healthy and motivated, or how to stay in touch with family and friends. For many, the new normal has also meant trying to maintain enough income during extremely challenging times. But despite the many and complex difficulties that Covid-19 has brought, tough situations often bring people and organisations together.

In Kenya, we’ve been working with the Association of Private and community Land Rhino Sanctuaries (APLRS) for more than a decade. The APLRS is a formally constituted association comprising primarily Ol Jogi Conservancy, Ol Pejeta Conservancy, Borana Conservancy and Lewa Wildlife Conservancy, and also involving Big Life Foundation, and Il Ngwesi and Sera Community Conservancies. (Solio Game Reserve is also a Member, but is managed by the Kenya Wildlife Service (KWS)).

The APLRS’s mandate is the conservation and management, and representation of the interests of the private and community sectors involved with that, of all rhinos held on private land in liaison and/or in collaboration with the KWS. It is a key partner in delivering Kenya’s 5-year Black Rhino Action Plan – basically, to breed more rhinos as fast as possible, so that the country can reach its target of 2,000 black rhinos.

Together, the seven Members host 895 rhinos, including two Key 1 (100+ rhinos) and one Key 2 (50+ rhinos) black rhino populations, equivalent to 61.9% of the total national population as at the end of December 2019. Furthermore, the APLRS comprises c. 450,000 acres for rhino conservation, located in Laikipia, Meru, Samburu and Makueni Counties. Keeping that land secure for rhinos is vital if Kenya is to reach the magic figure of 2,000.

But Covid-19 is having devastating effects on the Conservancies’ budgets. The loss of virtually all revenue from tourism and other commercial activities that support tourism is being compounded by restrictions on movement within Kenya, which is impacting other forms of Conservancies’ income generation such as livestock sales, and the increased risk of civil unrest as mass redundancies and food insecurity adversely impact everyday life.

Rhino conservation is expensive. It takes significant resources to protect rhinos – which have been prime targets for poaching syndicates for a dozen years – and the wild landscapes in which they live: security staff salaries; vehicle fuel and maintenance; canine units; intelligence gathering; fence and road maintenance; emergency vet interventions; security communications. Maintaining all of these activities is crucial for every conservancy if they are to protect the wildlife they host on behalf of the Kenyan government.

The main four conservancies – Lewa, Borana, Ol Jogi and Ol Pejeta – met in late March to discuss the crisis. Despite cutting all possible costs, they realised the financial situation for the 12-month period ending March 2021 would be dire. They reached out to Save the Rhino as a trusted partner, to ask for help in putting together an emergency proposal and budget, for an APLRS Core Critical Operating Costs (CCOC) Appeal.

We then spoke to a previous donor, the Bently Foundation, which responded very quickly and helpfully, offering an initial grant of $250,000 for the CCOC Appeal, which was distributed to the seven APLRS Members in late May. Furthermore, the Bently Foundation offered another $200,000 as matching funds to encourage collaborative fundraising by Conservancies on behalf of the APLRS as a whole, rather than for each site individually.

Ol Jogi Conservancy reached out to the Wildlife Conservation Network’s new Rhino Recovery Fund, which awarded $100,000 among its first nine grants; while Borana Conservancy successfully applied to the For Rangers initiative, securing another $100,000. The second round of grants, totalling $400,000, was sent out to the APLRS Members in early July.

The remaining $50,000, also from the Bently Foundation, is being held as an incentive for the Member that raises the most for the Appeal by end September. Save the Rhino has submitted proposals to other potential funders (and will continue to do so), while the sites continue to explore other opportunities.

We are deeply grateful to the Core Critical Operating Costs Appeal’s donors – the Bently Foundation, Rhino Recovery Fund and For Rangers – for responding so rapidly and generously to our requests for support. Thanks to them, we have bought some breathing time in which the Conservancies can continue to pay ranger salaries, keep patrol vehicles on the road, and protect Kenya’s natural heritage.