You are here: Home » News » Emergency care for black rhinos in Laikipia 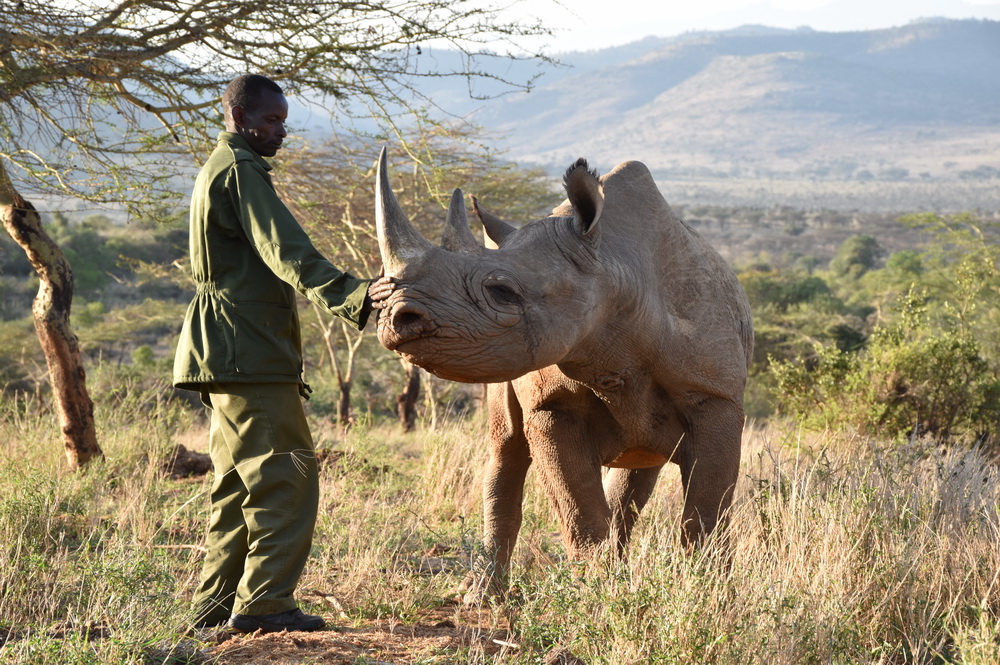 In 1970 there were approximately 20,000 black rhinos in Kenya. Unfortunately, continuous poaching attacks drastically reduced their numbers to fewer than 280 individuals in the 1980s. This catastrophic decline of the population threatened the survival of the species and demonstrated the need for emergency care strategies.

All black rhinos in Kenya are owned by the state, and any rhinos found on private land are cared for by the private sector as guardians or custodians. To tackle the ever-present threat of poaching, the Association of Private Land Rhino Sanctuaries (APLRS) was established in 1990 to improve the management of rhinos on private land in Kenya’s Laikipia County.

Through the APLRS black rhino ‘emergency fund’, our donors contribute 50% towards the cost of emergency interventions for black rhinos. This eases the financial burden on conservancies and enables them to respond promptly if a black rhino has been found wounded or has an illness.

In the last financial year, donations helped APLRS members to provide care for six black rhinos: Alfie, Muya, Athi and Lojipu, as well as Meimei and one other calf, who both sadly died due to the severities of their injuries and illnesses.

Black rhino bull Alfie has been looked after by Ol Jogi’s team since 2012 after they found out he was blind. Following several examinations, vets realised that Alfie’s condition was inoperable and that he would need to be with keepers for the rest of his life. While Alfie remains under care, he roams outside of his boma (enclosure) each day, alongside his escort Peter. Recently, during his daily forage, he was attacked by another rhino; thankfully, Peter saved his life by calling in other teams to get Alfie back to safety in time. Emergency funds were used to pay for the necessary drugs and veterinary care after the fight. We are delighted to report that Alfie has since made a full recovery!

In May this year our Partnerships Manager, Michaela Butorova, had the opportunity to visit some of the APLRS Conservancies and meet Alfie and Peter.

“Seeing the bond between Alfie and Peter was extraordinary. As Alfie cannot see, he relies much more heavily on his sense of smell and hearing. He needs to trust his keeper to walk out of his boma into the larger enclosure and then follow him back to the boma once he’s had enough browse to rest.”

As a stronghold for the species, each black rhino in Kenya is of critical importance to the long-term survival of the species. Treating an injured rhino is an expensive process but an important one nonetheless. The funds from the Emergency Fund have lifted a significant economic burden from each conservancy in the Laikipia area, allowing staff to give the very best care to rhinos as quickly as possible.

Thank you to all of our supporters for their donations towards the APLRS black rhino emergency fund, especially to rhinos energy AG, who have been supporting rhino conservation since 2013! Every donation is helping conservancies secure the future of black rhinos.