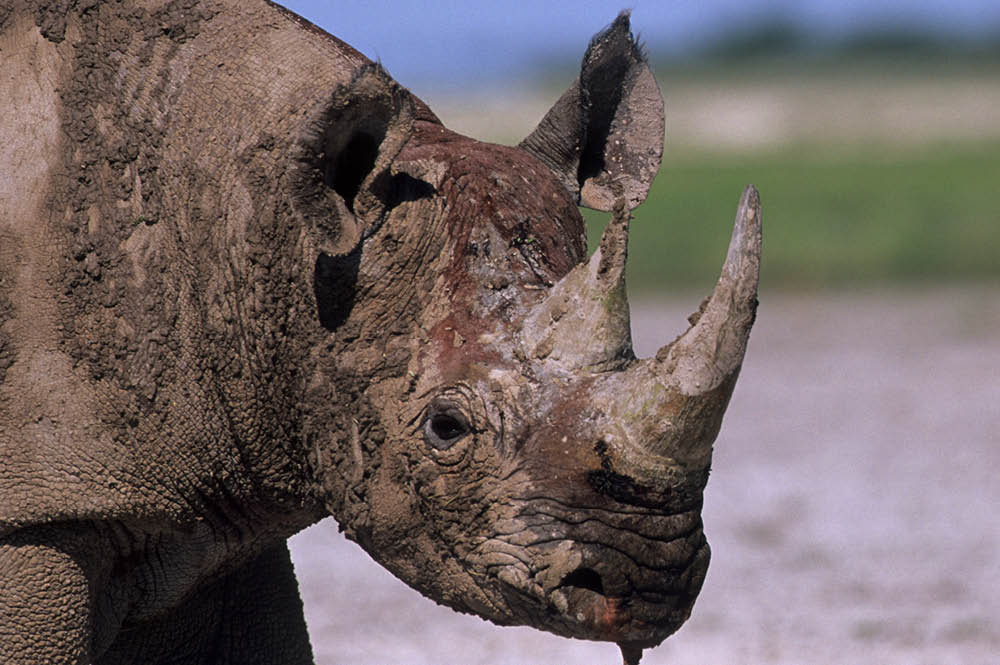 Thanks to dedicated conservation efforts, one black rhino subspecies has now been reclassified to a lower category of threat, meaning that it is less likely to become extinct in the wild in the near future. After an increase in the population of the South-western black rhino (D. b. bicornis) in recent years, the IUCN (International Union for the Conservation of Nature) has moved the subspecies from Vulnerable to Near Threatened.

This subspecies of black rhino (one of three surviving subspecies), is found in mainly in Namibia, as well as South Africa. Since 2012, the population has grown by more than 11%, up to a total population of 2,188 individuals in 2017, when the most recent data was published.

So, what actions have led to this success?

Firstly, we must remember that the reclassification represents the impact of long-term conservation projects. The IUCN considers revisions to classifications every five years, and this time, the change is due to sufficient population growth during the last three generations, following the heavy declines between the 1970s and mid-1990s due to intense poaching.

However, Namibia, which is home to more than 1,800 South-western black rhinos, has taken a particularly proactive response to the current poaching crisis, which began in 2008. Measures taken (in national parks, on private properties and in communal conservancies) have included an annual dehorning programme, regular translocations to move selected rhinos out of high-risk areas, and deploying new technology for rhino monitoring and anti-poaching efforts. Simultaneously, Namibia has taken steps to upgrade enforcement procedures: improving how officers process rhino-crime scenes; holding magistrate / prosecutor workshops to develop better understanding of the severity of wildlife crime; and increasing capacity within national parks, including the establishment of the Wildlife Protection Division, the Waterberg Wildlife Protection Training Center, the Blue Rhino Task Force and canine units.

There is no doubt that these interventions have contributed to an increase in the population of South-western black rhinos. This provides hope, and valuable lessons to learn, for other rhino species that continue to suffer high levels of poaching.

For the other surviving black rhino subspecies (the South-central and the Eastern), population growth has not been as significant in recent years. Their numbers are still too low and therefore, they remain at an extremely high risk of extinction in the wild (classified as Critically Endangered).

As far as we know, consumers of illegal horn aren’t choosey about their rhino species or subspecies (“A horn is a horn is a horn”). Black and white rhinos (and, to a lesser extent, their Asian relatives) are still at risk from poaching syndicates looking to exploit lapses in security in rhino-holding parks and reserves.

And a time when the world is focused on the Covid-19 crisis, and although we should celebrate the success of the South-western subspecies of black rhino, we cannot rest on our laurels. For rhino conservation programmes throughout Africa and Asia, there will be a major loss of income generated through tourism, meaning they will struggle to maintain the high levels of security needed to protect Africa’s rhinos.

With the considerable challenges that lie ahead, we remain wary about the trends for the next five years and the next review of rhino species on the IUCN Red List.