You are here: Home » News » Bonnie Davies Will Run for Rhinos! 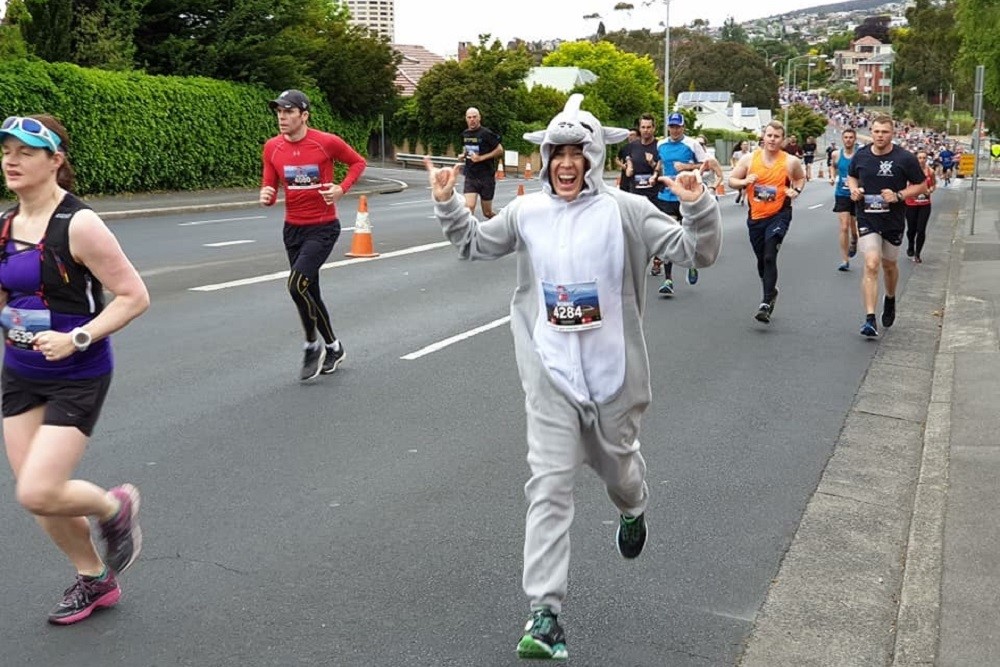 Bonnie Davies is a nurse at Tasmania’s largest trauma hospital, and one of Save the Rhino’s marathon running supporters. We asked her about her love of rhinos and running…

How Did You Get into Marathon Running?

Tasmania’s contrasting terrain allows for training here to be a wonderful adventure. I have completed a total of 13 marathons (at local, national and international level) since my debut at the London marathon in 2013, donating $100 to Save the Rhino International to help spread awareness of rhino conservation.

Your Most Memorable Moments

I competed in The Big Five Marathon in a South African game reserve, and after being told “everything that runs in Africa is food”, it’s no surprise I finished second for women and sixth overall. This being my first trail marathon and getting to run with actual rhinos has it cemented in my mind as a significant emotional experience. I was singing out loud for the final five kilometres after hearing animal noises and seeing paw prints.

Freezing temperatures, driving rain, thunder, lightning and a 30mph headwind meant that qualifying for Boston 2018 was even more rewarding, as well as giving me a retrospective appreciation for Tasmanian winters!

Winning the women’s event in the Wangratta country marathon in Australia, my arms aloft, showing my custom rhino singlet with pride was an unbelievable highlight of my running career.

My answer to this question is: why not! I always wanted to run the London Marathon for an animal charity and the plight of the rhino drew me in. I am attached to these perfectly large mammals, being gentle, loving and fiercely protective; whether there’s a birth or a death you are sure to find me openly crying.

I generally don’t do things by halves, atoning to the rhino logo tattoo I have on my lower leg, reinforcing my commitment to the cause. Until my body says no, you will find me running for rhinos!