You are here: Home » Thorny Issues » The value of rhino horn 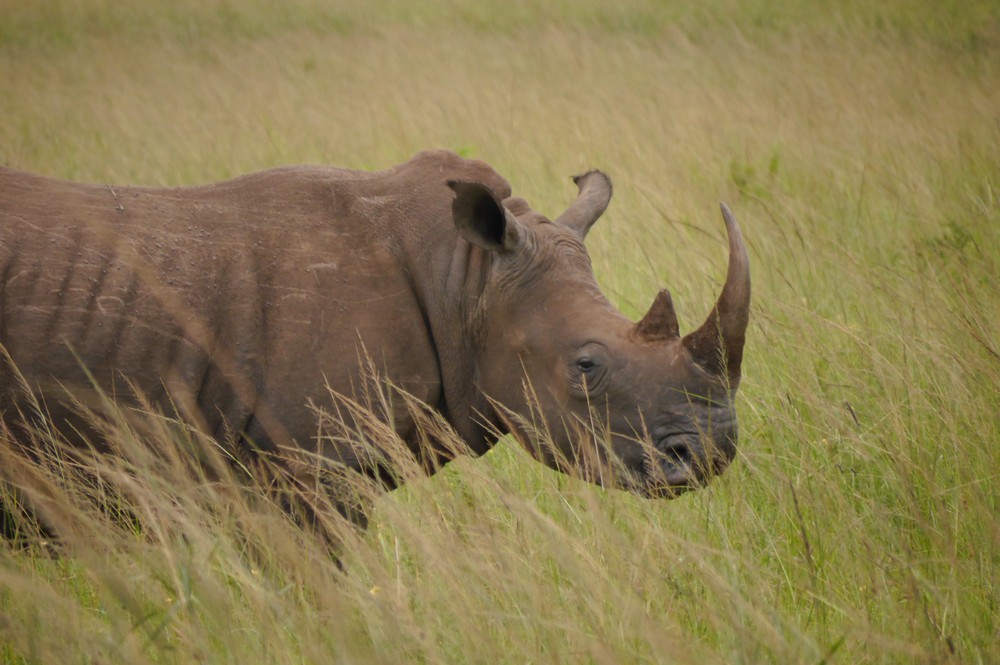 When writing or talking about rhino poaching, journalists almost invariably like to quote the value of rhino horn: not just those writing for the tabloids in search of an eye-catching headline, but those writing for the quality press too, despite the pleas of the main conservation organisations not to do so.

For example, in The Guardian (a broadsheet, quality newspaper in the UK), Damian Carrington recently wrote “…all the key wildlife trade groups decline to detail the current price of rhino horn, for fear of encouraging more crime. But it is public knowledge that the horn peaked in price at about [deleted] a kilogram in 2012. It is thought to have fallen significantly since then, though it remains many times more valuable than [deleted].” We could have pointed to any number of similar articles, but this one neatly summed up the contradictory approaches in two consecutive sentences.

Specialist Group request not to publicise the value of rhino horn

Save the Rhino International does not publicise specific details of the “market value” of rhino horn, as recommended by the IUCN’s SSC African Rhino Specialist Group.

The Specialist Group, formed in 1991, has around 50 members including rhino experts, conservation practitioners (including official rhino Range States representatives and those working to reduce the demand for rhino horn in Asia), other specialists (such as economists, community development workers, geneticists, security experts, investigators, trade specialists, and private rhino owners) and representatives of key donor organisations (including Save the Rhino’s CEO, Cathy Dean). These members provide the Specialist Group with the diversity of ideas and expertise necessary to meet the expanding challenges associated with the rhino poaching crisis, and providing a direct link between the development of strategies / plans and field programmes.

As the go-to body for reliable, well-researched rhino information, the Specialist Group believes that quoting black market prices for rhino horn – which are by nature likely to be wildly inaccurate – risks putting pressure on wild rhino populations by potentially having the unintended consequence of increasing both consumer demand for and stimulating further poaching and horn trading.

So, in keeping with the Specialist Group’s well-informed request, and given our understanding of the dangers involved in quoting prices, no one at Save the Rhino International will ever confirm or comment on the price of rhino horn; rather, we will simply explain our stance as often as necessary. We do not want to increase the poaching pressure on wild rhino populations.

But the genie’s out of the bottle!

At Save the Rhino, we are well aware that the estimated “value” of rhino horn – composed largely of keratin, a protein also found in hair and nails – is regularly discussed, quoted and regurgitated in the media. For example, we had to explain our position twice in rapid succession during a single March 2017 episode of ITV’s Good Morning Britain, when Piers Morgan failed to get the point first time around. Even so, our efforts were undermined when ITV ran a rolling headline quoting a value for rhino horn underneath our Communications Manager, precisely while she was explaining why we won’t comment.

We also understand that our stance – and that of the Specialist Group – doesn’t stop this information from finding its way into the public realm. John Scanlon, Secretary-General of CITES no less, fell foul of the Specialist Group’s guidelines back in 2011 when he quoted the price that rhino horn could then apparently fetch, and said that poaching “is a very lucrative activity”. (In the diplomatic language of CITES, a polite request was circulated asking officials to desist from discussing the value of rhino horn in media conferences.)

So why shouldn’t we discuss the value of rhino horn?

Given that this particular genie is not only out of the bottle but extremely vocal, what’s the point in trying to muzzle it? The reasoning behind our stance is three-fold.

1. The risk of encouraging more criminals to enter the illegal rhino horn trade

Firstly, criminal networks currently dealing in other crimes (such as arms smuggling, narcotics or human trafficking) may see large figures being quoted and decide to expand their operations into rhino poaching and horn trafficking.

Whilst the biggest threats to rhino remain poaching and habitat loss in the African and Asian countries where rhinos live in the wild, it is clear that the illegal wildlife trade is international in nature. Seizures of rhino horn have demonstrated that trafficking routes cross the EU, USA, the Middle East and Asia before reaching their end-use destinations such as China and Viet Nam. Countries such as the Czech Republic have previously emerged as an unlikely nexus of horn trafficking networks.

As the poaching crisis escalated from 2007-8 onwards, European-based criminal gangs (particularly the infamous “Rathkeale Rovers”) have also targeted rhino horns in museums and private collections. In March 2017, the poaching crisis went a step further: the first rhino poached on European soil was shot dead in Zoo de Thoiry, just outside Paris, and its horn removed by criminals. It is conceivable that such networks are new to the horn trade, and are targeting rhino horn as a relatively low-risk / high-reward criminal activity.

In an increasingly online, connected world, it would be naïve to assume that figures quoted in the Western media are not seen by people and organisations who may be involved in, or considering expanding operations into, the illegal trade in rhino horn. If a poacher on the ground sees figures quoting the estimated market price in Asia, this might encourage them to inflate their own fees, or someone who has previously only poached for bush meat to begin to take part in the illicit trade in rhino horn.

2. The risk of stimulating consumer demand

Secondly, there is a very real concern that publicising black market prices paid by end-users, along with emphasising the escalating number of rhinos poached and the possible risk of extinction – although largely well-intentioned – could be sending messages that encourage horn consumption and subsequently causes prices to rise.

At the CITES CoP17, held in Johannesburg in 2016, SANParks produced an interesting diagram (Figure 1) comparing what is written, and how that might be interpreted by nefarious readers, with what we would prefer to be written, and how those messages would be heard. Clearly, those who care about rhino conservation do not want to make things worse through their statements having the unintended consequence of further encouraging criminals and horn speculators or investors.

Similarly, certain conservation groups, including the Specialist Group and Save the Rhino International, have argued that the public destruction of rhino horn stockpiles may also be sending a message that actually encourages criminal activity, by publicising that a scarce resource is now even scarcer.

Figure 1. Diagram produced by South African National parks (SANParks) for the CITES Conference of the Parties 17, in 2016. The messages in the left-hand two columns summarise the lines usually taken by the media; the messages in the right-hand columns are most helpful for rhino conservation efforts.

3. It’s impossible to be accurate

The international trade in rhino horn is illegal, and so any “value” given to the product is a black market value. Rather than being based on rigorous economic analyses, its retail price is based on hearsay and largely anecdotal evidence. There is simply no accurate method to check figures quoted in the press – especially when sales often take place through bartering and negotiated.

The question also depends on where in the chain rhino horn is seized / sold / bought: typically, an illegal rhino horn will pass through five levels in the trade chain, from Level 1 poachers to Level 5 consumers. Each time the horn changes hands, its price will be marked up further. Poachers on the ground will receive payment, which varies from country to country and even from one day to the next. By the time the horn has been transported from the crime scene through several different hands – including smugglers and fixers – its price will have increased substantially.

Some reporters and other organisations have argued that quoting as accurate a price as possible is better than reporting an over-inflated figure. This might be the case, but for all the reasons outlined above, we will not publish details of the supposed market value of rhino horn.

Is the “value” of horn important to know?

It is certainly important to understand the market dynamics behind consumer demand for horn, and researchers such as Esmond Martin and Lucy Vigne have published research on prices observed in markets in various countries in East Asia.

Those in favour of legalising the international trade in rhino horn will need detailed information on price at all points of the trade chain to help inform their business models; equally those who are concerned that legalising the trade will not stop poaching are keen to understand the drivers between demand and supply. Market value, after all, is only what someone is prepared to pay for any given product; while supply chains only exist when there is demand.

Information about the value of live rhinos and the prices fetched by illegal rhino horn is also used in court cases, as “Statements in aggravation of sentence”, whereby expert witnesses or state prosecutors advise the judge, who sets the sentence, on the magnitude of the crime(s) committed.

While some journalists – or their editors – might be in search of an eye-catching headline that will justify page-space, it’s simply not helpful to conservation efforts to talk about the price of rhino horn.

In the end, a rhino horn is most valuable to rhinos. Conservationists still have much to learn about the evolutionary importance of a rhino’s horn but, variously, horns help them forage for foodstuff, protect their young, and in dominance and territorial displays. If seized by the authorities from poachers or traffickers, a horn provides forensic evidence to help prosecutions. Horns kept in museums and other stockpiles contain DNA that can build a picture for scientists and researchers on genetic diversity and evolution of rhinos. These are the reasons for a rhino horn being valuable – to the rhino.

With thanks to Dr Mike Knight, Chair of the African Rhino Specialist Group, and to Dr Noami Doak for their assistance with this article.

2 thoughts on “The value of rhino horn”