You are here: Home » Thorny Issues » Synthetic rhino horn: Will it save the rhino? 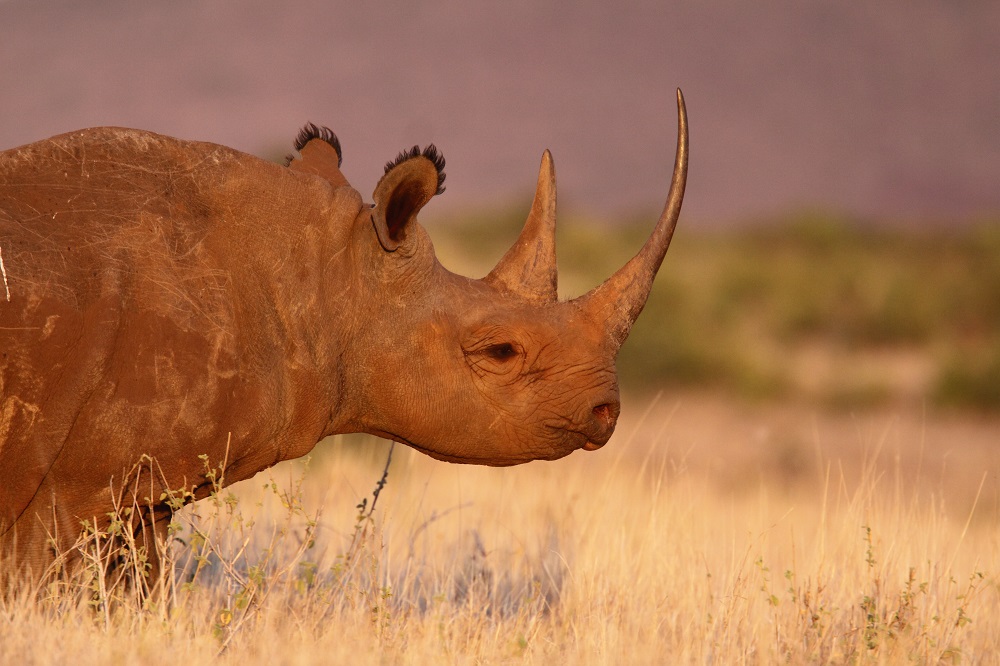 Over the past two years or so, Save the Rhino International (SRI) and the International Rhino Foundation (IRF) have been monitoring the progress of four US-based companies that have announced their intentions – with varying degrees of success – to produce synthetic or bio-fabricated rhino horn, and occasionally also other products including e.g. elephant ivory, lion bones or pangolin scales. The proposed development of synthetic / bio-fabricated rhino horn should concern a wide range of stakeholders:

In response to numerous media releases about the intent of several companies – Rhinoceros Horn LLC, Pembient and Stop Poaching Through Synthetic Rhino Horn – proposing to manufacture and sell synthetic / bio-fabricated rhino horn, in June 2015 SRI and IRF published a joint statement on their respective websites, which outlined the issues and claims:

Drawing on interviews and articles published online, the statement asked a series of questions and expanded upon them:

Having considered the available media coverage, SRI and IRF concluded that they were “opposed to the development, marketing and sale of synthetic rhino horn” for the following reasons:

Since publishing this statement in 2015, SRI and IRF have identified further concerns including the following:

In January 2016, in an article on their website, FFI outlined a series of reasons why it believes synthetic / bio-fabricated horn will not save the rhino, summarised as follows:

In February 2016, the Center for Biological Diversity and WildAid petitioned the Obama government, via US Fish & Wildlife Service, to use its authority under a wildlife trade treaty and two laws enacted by Congress — the Endangered Species Act and the Rhinoceros and Tiger Conservation Act — to regulate and prohibit bio-fabricated or “cultured” products that are derived from imperilled wildlife species such as rhinos. (Center for Biological Diversity website, 2016).

The “Petition to ban the import, export and sale of cultured rhinoceros horn and cultured products of other protected wildlife species” considers the legality of synthetic / bio-fabricated rhino horn as regards the Endangered Species Act (ESA) and the Rhinoceros and Tiger Conservation Act (RTCA) and concludes that “as the commercial import, export, and interstate sale of cultured rhino horn is already banned under the ESA, CITES, and the RTCA, and any other cultured product of an endangered – or CITES Appendix I-listed species is banned by the ESA and CITES”, the petitioners therefore “urge the Service to exercise its authority and obligations under these laws to immediately prohibit import, export, and sale of these cultured products and to timely promulgate regulations affirmatively banning such trade.”

In Spring 2016, the Zoological Society of London (ZSL) developed an internal position paper on synthetic / bio-fabricated wildlife products, so that its staff could respond to media enquiries on the subject. The paper considered three tests that must be satisfied in order to synthetic / bio-fabricated wildlife products to act as desirable substitutes for the real product: perfect substitution, strong governance, and consumer(s) preferences.

The paper then considered the specific case of rhino horn, drawing upon case studies of other synthetic / bio-fabricated wildlife products, concluded that “synthetic rhino horn meets none of the conditions that appear to be important for reducing demand,” and stated that “ZSL would be opposed to supplying synthetic rhino horn as a solution to illegal rhino poaching.”

Media interviews with Pembient’s founders since some of these position statements were published make it clear that the company has revised its thinking on the type of product it intends to market. For example, it no longer plans a partnership with a Chinese company to manufacture and sell beer containing powdered rhino horn. (It is unclear which party decided to withdraw.) Pembient no longer intends to market powdered rhino horn for luxury face creams in Vietnam, having previously launched a video advertisement, in Vietnamese, on YouTube. Instead, Pembient’s most recent announcements say that it intends to focus on whole bio-fabricated rhino horns, targeted at the luxury carving market.

Similarly, the launch date for its bio-fabricated rhino horn has been delayed. While reports in early 2015 referred to beginning to trade on World Rhino Day (22 September) 2015, later reports talked about a launch date in May / June 2016.

The authors of this paper have not been able to find any media statements by Pembient that address questions over how its bio-fabricated rhino horn will be marketed (as bio-fabricated or as real?) and through which outlets / trading partners it will be sold.

Since the IUCN SSC African Rhino Specialist Group meeting in February 2016, other organizations have also taken an interest in the rhino horn issue.

According to Mike Knight, Chair of the AfRSG, the IUCN is considering producing a position paper on the production of synthetic / bio-fabricated wildlife products; however a planned workshop at the 2016 AfRSG meeting was cancelled, owing to the Chair’s perceived lack of interest by participants in the potential offered by companies like Pembient.

An IUCN press release in October 2015 reported on a consultative meeting organized jointly by the Pakistani Ministry of Climate Change and the IUCN to discuss the possibility of incorporating biosafety concerns into the National Biodiversity Strategy and Action Plan (NBSAP). Concerns were expressed that the Cartagena Protocol only covered living organisms and not new synthetic products, and said that experts found it “alarming that natural products were being replaced with synthetic products,” which “has serious socio-economic implications as it enhances poverty, impacting the growers of the natural products.”

The authors of this paper feel that it would be useful if the AfRSG were to present a submission on the particular concerns around synthetic / bio-fabricated rhino horn to the IUCN.

The article frames the issue, discussing theories of product substitution, product substitution in the wildlife trade, challenges of strategic substitution and the rise of synthetic wildlife substitutes, and then looks at “The opportunities and risks of trading synthetic rhinoceros horn – a case example”. The article differs from other NGO positions in that it considers the success factors required, advantages and disadvantages for two contrasting marketing methodologies: overt alternative, whereby synthetic rhino horn is clearly identified as a synthetic product; and covert substitution, whereby synthetic rhino horn is marketed and sold as if it were the real thing, setting these out in a summary table before discussing the implications and viability of using synthetic horn in more detail.

The United States of America has submitted a document for consideration at the CITES 17th Conference of the Parties (CoP17), under the heading “Interpretation and implementation of the Convention; Compliance and Enforcement; Actions to Combat Wildlife Trafficking”.

Paragraphs 21-26 inclusive address the issue of wildlife products produced from synthetic or cultured DNA (Pembient says its rhino horn is bio-fabricated from rhinoceros DNA) and, in paragraph 29, recommends that CITES Parties “adopt draft decisions contained in Annex 1 regarding CITES controls for specimens of CITES-listed species produced from synthetic or cultured DNA.”

4 thoughts on “Synthetic rhino horn: Will it save the rhino?”