You are here: Home » News » What is the difference between black and white rhino footprints? 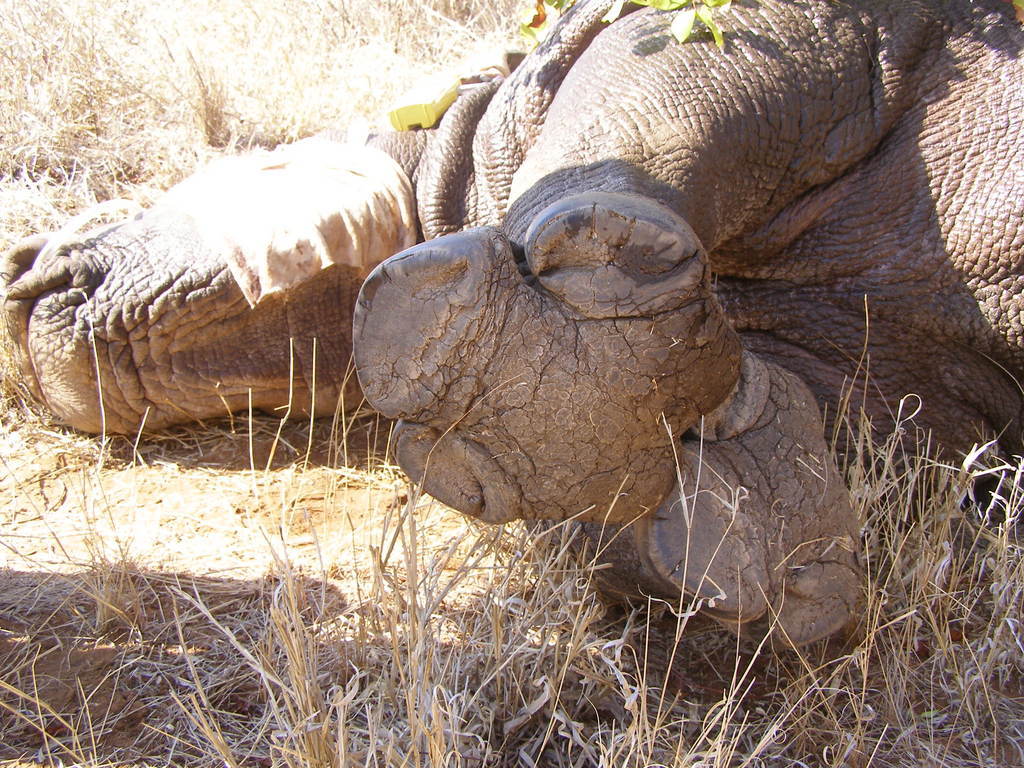 Black (Diceros bicornis) and white (Ceratotherium simum) rhinoceroses belong to the order Perissodactyla – odd-toed ungulates. Black and white rhinos have three toes and this makes their spoor easy to differentiate from the other large footed species – elephants and hippos which both have four toes. The toes appear essentially as toenails (or claws as they are also called) with the largest one to the front of the foot and two slightly smaller ones on the sides of the foot.

The overall shape of the foot for both species is quite similar especially in younger animals. The rear of the foot pad for the white rhino tends to have more of an indentation in the middle leaving the impression of a rounded “W”. Sometimes black rhino spoor can also have a slight indentation at the rear but the overall shape of the spoor will be rounded, whereas the “W” shape to the white rhino spoor tends to make the foot look slightly elongated to the heal.

Being aware of the variation in size between the front and back feet is important as many people assume they are looking at the spoor of two different individuals when there is only one.

Below are two images of immobilised rhinos feet, showing the difference between the two species’ footprints

Click here to read more about the Lowveld Rhino Trust

6 thoughts on “What is the difference between black and white rhino footprints?”