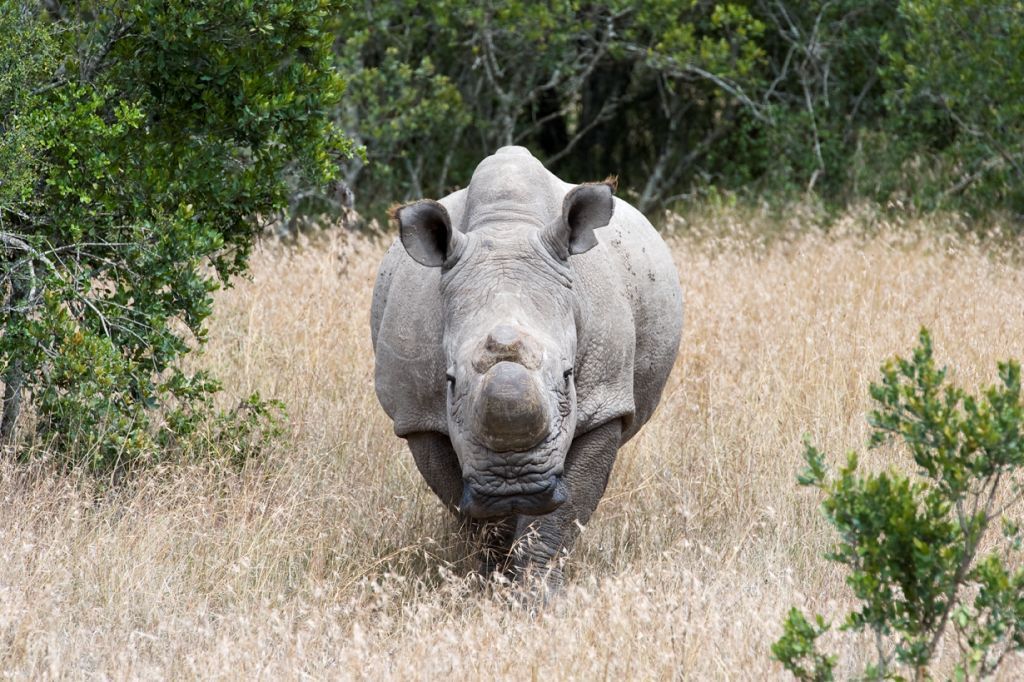 There has been a lot of coverage in the news in the last few days about the death of Angalifu, a male Northern white rhino in San Diego Safari Park. Angalifu was 44 years old, and a thorough post-mortem showed some expected age-related changes, but more analysis is needed before the cause of death can be established. His death means that there are now just five Northern white rhinos surviving: a female (Nola, 40) in San Diego Safari Park, a female (Nabire, 31) in Dvur Kralove Zoo in the Czech Republic) and three animals in Ol Pejeta Conservancy in Kenya: a male (Sudan, 43), and two females (Najin, 25 and Fatu, 14). Sudan is the father of Najin, and Najin is the mother of Fatu. The three rhinos in Kenya are closely related. Sudan is the sole surviving male Northern white rhino (NWR); he is geriatric, to use a human term.

Perhaps more significant was the death, in October 2014, of Suni, another NWR male, who was aged 34. Suni – cause of death as yet unknown, but not poaching-related – was still showing interest in mating. As the half-brother of Najin, he provided a little more genetic diversity. The IUCN SSC African Rhino Specialist Group advises that a minimum 20 unrelated founder animals are needed in order to have a viable breeding population: the Northern whites are clearly long past this desired minimum.

Media coverage has focused on the move towards extinction of this subspecies, and on the chances of “recreating” NWRs from captured and stored / frozen genetic material: epidydimal sperm, oocytes etc. A German team is working on various methods of Assisted Reproductive Technologies (ARTs), such as implanting fertilised embryos into the wombs of surrogate Southern white females to bring a calf to full-term. Many believe that the chances of success are slim and that the Northern white rhino is doomed to slow extinction. Perhaps in another 20 years scientists will be able to make ARTs work for a mammal as large and complex as a rhino. Rhinos typically live for 40-45 years, and – as long as Ol Pejeta can keep its NWRs safe from poachers – Fatu could live for another 25+ years.

The moral of the story is that we need to act long before we are down to the last few individuals of a species or subspecies like the Northern white rhino. There are presently some 20,000 Southern white rhinos, but with poachers killing three animals per day in South Africa, projections show that 2015 will be the year when Africa’s overall rhino populations go into decline: deaths – natural and from poaching – will outweigh births, and all the good conservation work of the last two decades risks being undone. The Northern white rhinos lost a vital chance of rescue in 2005, when a rescue plan to move four or five individuals from Garamba National Park in the Democratic Republic of Congo to Kenya was blocked by the regional Congolese government. A year later, there were just four NWRs left in Garamba. By 2008, a survey found none; they had all been killed by poachers. Poachers killed the Northern white rhino; politics prevented them from potentially being saved. It’s not a story with a happy ending.

Read more on the death of Suni in October 2014 at Ol Pejeta Conservancy.