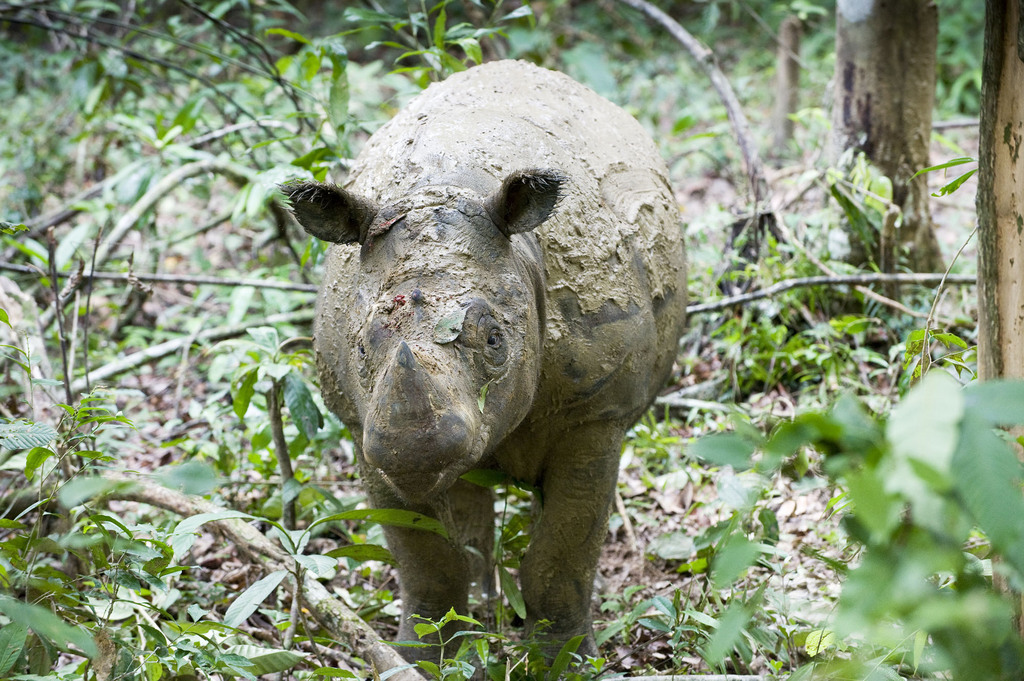 A lone female Sumatran rhino has been captured in Malaysia’s Sabah Danum Valley on Monday, in what is seen as a last bid chance to breed Malaysia’s Sumatran rhinos, and avoid extinction of the species in Sabah. The Borneo Rhino Alliance (BORA) and Sabah Wildlife Department have known about the female’s presence through camera trap monitoring; however there have been no signs of any other wild rhinos in the whole of Sabah.

According to Dr Sen Nathan, Assistant Director / Chief Veterinarian of Sabah Wildlife Department, on Monday 10 March the rhino fell into a purpose built pit trap dug at a site on a well-known rhino trail, and has reportedly suffered no injury. Research has shown that pit traps cushioned with vegetation are the safest way of capturing Sumatran rhinos. Efforts to capture the female were stepped up last year following approval from the State Cabinet.

The female rhino will shortly be translocated to Tabin Wildlife Reserve, where it is hoped that she will breed with the Sanctuary’s last remaining Sumatran male rhino Kretam, known as Tam, who was captured in August 2008, when he was roughly 20 years old. Or the female rhino may be used in wider global Sumatran rhino breeding efforts. This is dependent on the captured female being cyst-free and reproductively healthy and fertile.

Fewer than 100 Sumatran rhinos are estimated to remain and emergency efforts are in place to save the species, this includes a focused effort on breeding Sumatran rhinos in captivity.

However in late February, the current foreign minister made a shocking decision to ‘not proceed with the programme’, without providing further comment on the reasoning behind the decision.

This is a major blow to Sumatran rhino conservation efforts, which are in drastic need of funding to prevent the species’ extinction. Action plans devised after last year’s Sumatran Rhino Crisis Summit meeting required a large amount of funding, a proportion of which was anticipated to come from government support.

Click here to read more about the Sumatran Rhino Sanctuary and click here to make a donation.