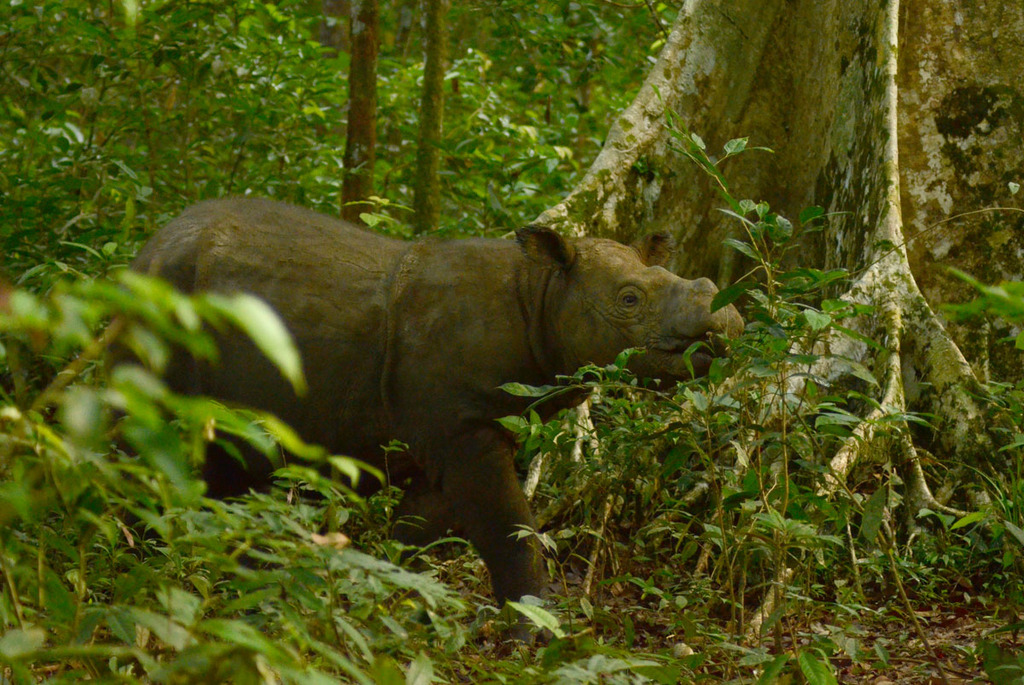 Save the Rhino International’s ‘Andatu’s Birthday Auction’ will be raising funds to celebrate the birthday of a very important Sumatran rhino named Andatu, who will be turning two years-of-age on 23 June 2014. All funds raised from the auction will be used for Sumatran rhino conservation efforts.

The above gallery shows a selection of the fantastic artworks that we have for sale. Each piece has a starting price of just 99p, and you can place a bid starting 12pm on Monday 23 June. The auction will last one week and finish on Monday 30 June at 12pm. Please note, due to the weight of the artworks, we can only ship to the UK.

Click here to view the full selection of artworks

In 2012, Andatu made history, by becoming the first Sumatran rhino ever born in captivity in Indonesia, in the Sumatran Rhino Sanctuary. Sumatran rhinos are a critically endangered species; fewer than 100 individuals are thought to exist worldwide, with just a few remaining in captivity.

Andatu now weighs approximately one-half ton, about the same size as his mother, Ratu. The two, in fact, are difficult to tell apart save for their facial features. Andatu stopped nursing at approximately one-and-a-half years of age, and currently is separated from his mother for a few hours every other day or so. He has become slightly more aggressive as he matures, and will soon occupy his own natural forest enclosure at the Sumatran Rhino Sanctuary.

One thought on “Happy Birthday Andatu!”