You are here: Home » News » Devastating news for Sumatran rhino as Suci dies at Cincinnati Zoo 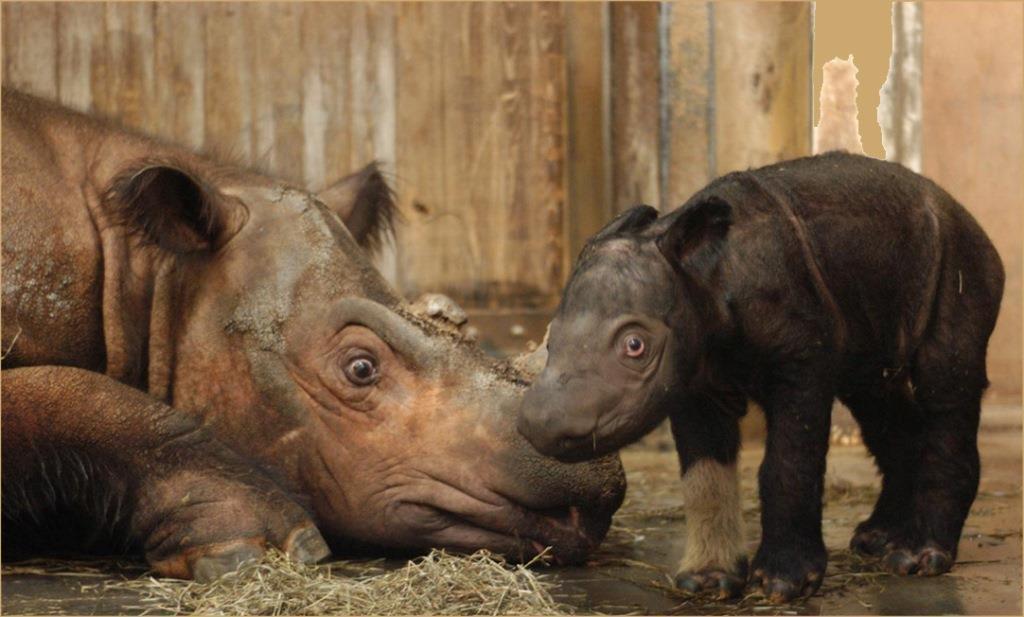 Suci, a Critically Endangered Sumatran rhino born into the captive breeding programme at Cincinnati Zoo in 2004, sadly died on Sunday 30th March. Although the cause of death has not yet been determined, Suci started losing weight several months ago and showed symptoms of the same disease that had killed her mother Emi in 2009.

Staff vets and keepers began treating Suci for Hemochromatosis, otherwise known as iron storage disease, hoping that she would make a full recovery. The treatment involved therapeutic phlebotomies, which have been used on humans and African black rhinos to treat the same disease. Dr. Terri Roth, Director of the Zoo’s Lindner Centre for Conservation & Research of Endangered Wildlife said that initially the results were promising, however on Sunday Suci’s condition rapidly deteriorated and there was little the staff and vets could do. An autopsy on Suci is planned to take place on Monday, but it will take a number of weeks to get the results.

Suci was one of three Sumatran rhinos born at Cincinnati Zoo, the first place to successfully breed the species in captivity for 112 years. Cincinnati Zoo is left with just one Sumatran rhino, Harapan, Suci’s younger brother and the last remaining Sumatran rhino in North America. Suci’s older brother Andalus was sent to Sumatra to help boost the Indonesian programme in 2007, and the zoo had planned to mate Suci with Harapan once he had reached breeding age. The loss of Suci is therefore a significant setback for the captive breeding programme.

It is estimated that there are fewer than 100 Sumatran rhinos left, with almost all on the island of Sumatra. Vital efforts are in place to save the species, however with now only nine left in captivity worldwide it is going to be a significant challenge for the international community. Cincinnati zoo remains committed to Sumatran rhino conservation through both protection in the wild and contributions to the captive breeding effort and plans to “work even harder to save this incredible species” said Dr. Roth.

To learn more about Sumatran rhino conservation, read about the Sumatran Rhino Sanctuary in Indonesia.