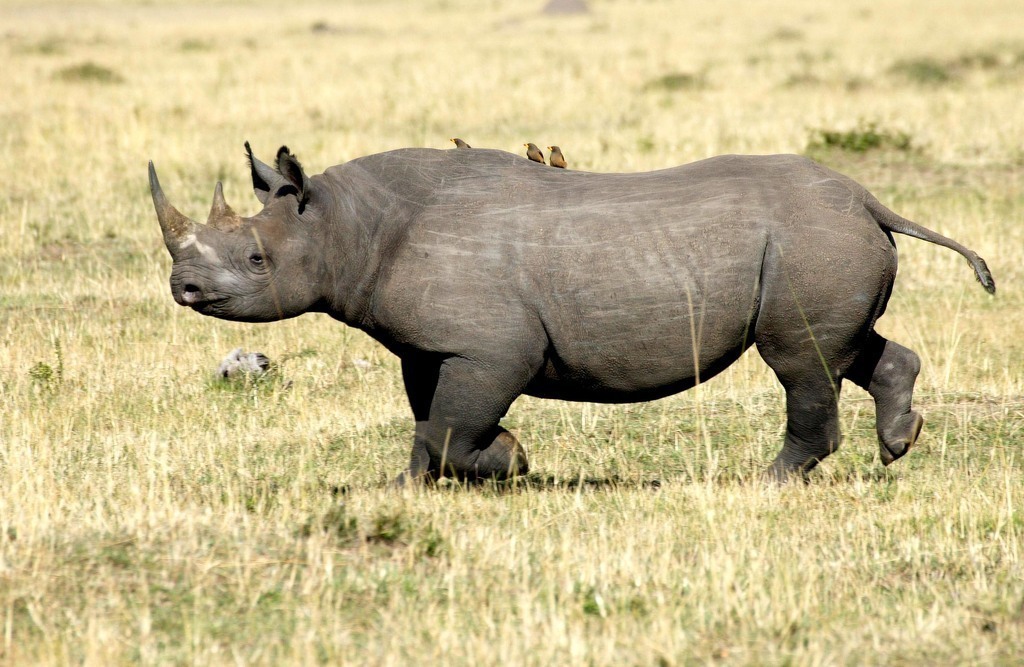 CNN and other outlets have recently run articles that the Western black rhino has been declared extinct. We don’t know why this is being so widely reported now; the journalism is very out of date.

In fact, the Western black rhino (Diceros bicornis longipes) was declared extinct back in 2011, when the IUCN Red List changed its status from Critically Endangered to Extinct. The recommendation to do so was made back in 2006, but the Red List always waits for five years before changing the status of a subspecies or species, just in case any new evidence comes to light. The last reporting sightings of the Western black rhino were even further back, in 2003, by which time its range had shrunk to small areas in Cameroon. Poaching killed off the last few stragglers.

The Western black rhino was one of the – then four – subspecies of black rhino. Now there are only three subspecies surviving: The Eastern black (D.b. michaeli) found in Kenya, Tanzania and South Africa; the SouthCentral (D.b. minor), found in Tanzania, Malawi, Zambia, Zimbabwe, Botswana, Swaziland and South Africa; and the SouthWestern (D.b. bicornis), found in Namibia and South Africa. The black rhino species is Critically Endangered and looks to become more so, as rhinos are being slaughtered across Africa and Asia on the orders of consumers in Asia, particularly Vietnam, where the horn is coveted as a supposed cancer or hangover cure or as a symbol of one’s wealth. If poaching continues to increase at the current rate, then overall black and white rhino numbers are predicted to go into decline in 2015-16, as natural deaths and poaching mortalities overtake the number of births per year. With fewer rhinos surviving, their ability to reproduce will be reduced, driving populations into a downwards vortex towards extinction.

It is vital that we don’t allow the three other black rhino subspecies and the Southern white rhino to go extinct. We need your support urgently. Click here for ways to get involved in supporting Save the Rhino.