You are here: Home » News » Rhinos have died after being relocated to Tsavo East 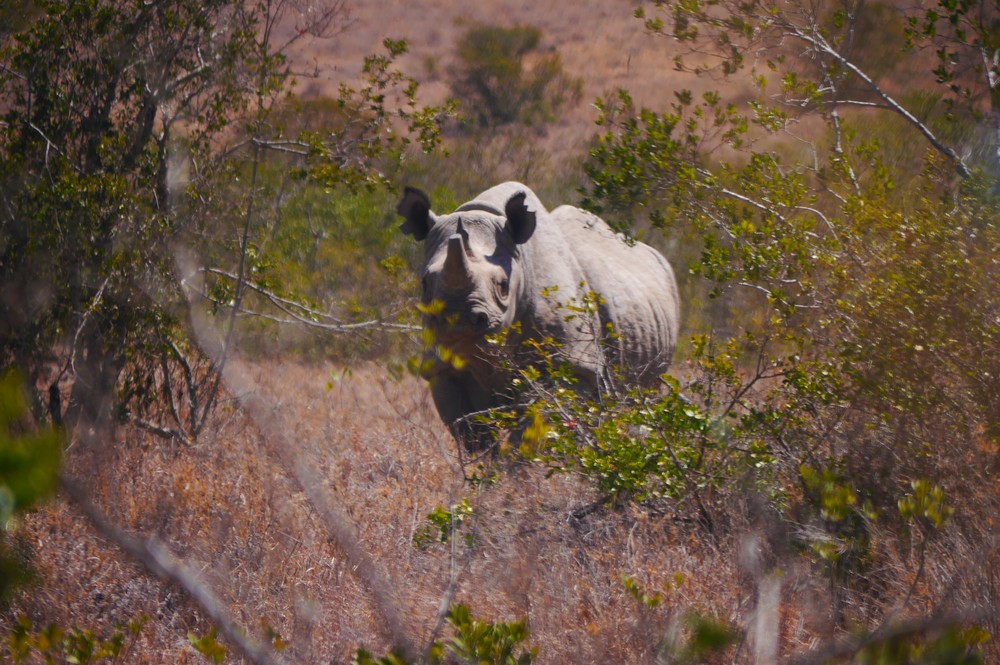 The latest updates on this story can be found here.

Kenya Wildlife Service originally aimed to move 14 black rhino into Tsavo East National Park, eight from Nairobi National Park and six from Nakuru National Park, during an operation commencing on 26 June. The rhinos would join 10-15 others in Tsavo East, providing the area with a viable population, with the hope of successful breeding in the future.

Nine of the 11 animals moved to Tsavo East have died and, according to a statement released by the Ministry of Tourism and Wildlife, the remaining translocations have been suspended.

We understand that two of the rhinos died during or immediately after the move itself, while the others are thought to have died due to salt poisoning, after drinking water with a higher salt content on arrival in Tsavo East. The surviving rhinos are being provided with fresh water for by the Park’s rangers.

The Kenyan Wildlife Service is currently undertaking an investigation into what happened and has brought in experienced vet Dr Markus Hofmeyr, who previously worked for SANParks in Kruger National Park, and who has led rhino translocation and immobilisation operations in South Africa, Namibia, Botswana, Zimbabwe and Zambia.

The loss of these black rhinos is deeply upsetting. Black rhinos are Critically Endangered, with only c. 5,500 left in the world.

Moving rhinos from one place to another is essential to ensure good genetic diversity across the population and in order to re-establish populations in areas where they had previously been poached to local extinction. Of course, we must have solid plans for how rhino relocations happen, but we must also understand the impact of where we are moving them to, and the overall ambition for the entire population.

Kenya’s national rhino strategy has a long-term vision of a total black rhino population of 2,000 animals. Reaching this goal will only be possible if the current populations are appropriately managed; they are relocated in specific areas with good genetic mixes that enables each park or conservancy to host a viable breeding population of animals. Having 200 locations with only 10 rhinos in each, for example, would not work. There should be a plan to connect populations with wildlife corridors that would hold many more rhinos and provide a healthy, sustainable environment.

Until the last major poaching crisis of the 1970s, 1980s and early 90s, Tsavo East would have been home to thousands of black rhino. Translocations in the late 1990s built the population up to more than 50, but poaching and dispersal saw numbers decline once again to an estimated 10-15 animals by the beginning of this year. Rather than attempt to have a free-ranging population, the Kenya Wildlife Service decided to create a fenced sanctuary, which would be easier to protect and defend. There have been questions regarding the wisdom of building this sanctuary, which would effectively limit the size of a growing rhino population. Tragically, the concern about not having enough room within the Tsavo East sanctuary is not now the biggest problem facing conservationists.

“Finding new places for rhinos to thrive and protecting viable populations are crucial, and we understand the Kenyan Wildlife Service’s desire to re-establish rhinos in Tsavo East.

Now that we are faced with this truly tragic situation, we must learn from it. We call on the Kenya Wildlife Service to fully examine what happened and why things went so badly wrong. The lessons learnt must be taken forward to ensure that this never happens again.”

Once the inquiry has established the facts and made recommendations for changes, we must hope that the loss of these rhinos does not significantly delay decisions on further translocations in the pipeline. Black rhinos continue to be on the brink of extinction and future actions to help the species must not be impeded. Instead, lessons from this situation should be taken on board, and all necessary external expertise recruited, so that future translocations take place when needed and are successful.