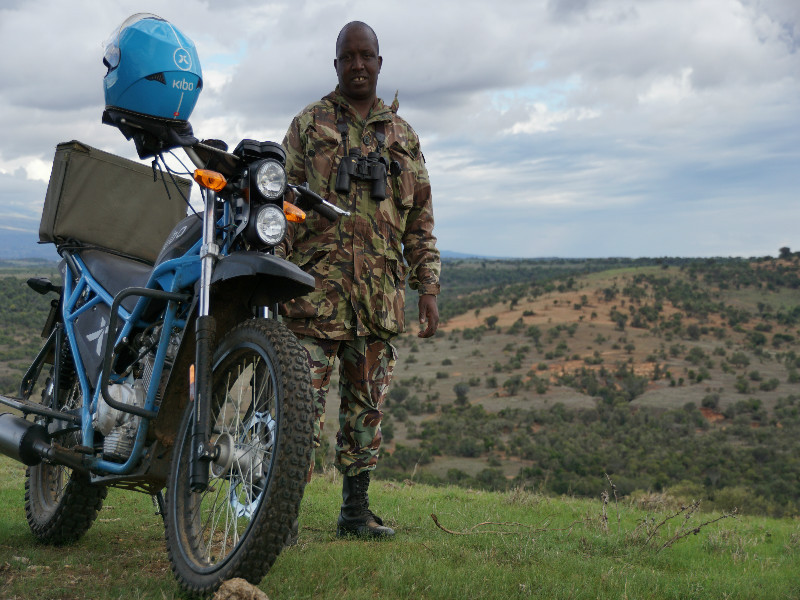 The rhino monitoring team at Borana Conservancy have a great handle on their population of rhinos, that were re-introduced to Borana in August 2013. Half of them came from neighbouring Lewa Wildlife Conservancy, the other half from Lake Nakuru National Park. Michael Dyer, the MD of Borana, and Sam Taylor, who has now gone part-time at Borana as Conservation Manager, gave me a tour of the Conservancy to show me as many of their black rhinos as could be seen in 24 hours.

The rhino monitors set off daily in search of rhinos, and they achieve almost daily sightings of every single animal, an incredible record. Sightings are called in to the main ops room at Lewa, together with the ID of the animal(s) seen, GPS location and what the animal was doing (usually feeding, standing or sleeping). These records are entered into the overall sightings database, allowing Ian Lemaiyan, the Rhino Scientist at Lewa, to plot their home ranges and territories. Any animal not seen during a given period is escalated to a full-scale search.

Borana’s rhino monitoring teams are managed by Wilson, a long-time Borana employee. He began there as a night-watchman at Borana Lodge, escorting guests back to their rooms after dark. He then took it upon himself to start recording lion sightings to build up a database and then, when the plans to reintroduce rhinos were developed, he asked to be put in charge of that programme. He has received training on how to identify rhinos: all those translocated to Borana in 2013 were ear-notched with Kenya’s national numbering system, but calves born since then are “clean”, i.e. they don’t have ear-notches. This isn’t a problem while the calves remain with their mothers, but once they become independent, it becomes harder to tell them apart, unless they have, for example, a distinctive pair of horns, a kink in the tail or other distinguishing feature; an ear-notching operation will be needed in the next 3-4 years.

Michael explained that at the end of the day Wilson is often to be found out on his motorbike looking for rhinos. Sure enough, as we drove up the vantage point of a hill in the centre of the Conservancy, there was Wilson: motorbike parked up against a bush, binoculars and notebook in hand, and a rhino cow and calf in the middle distance. Knowing exactly where your rhinos are is half the battle of keeping them safe.