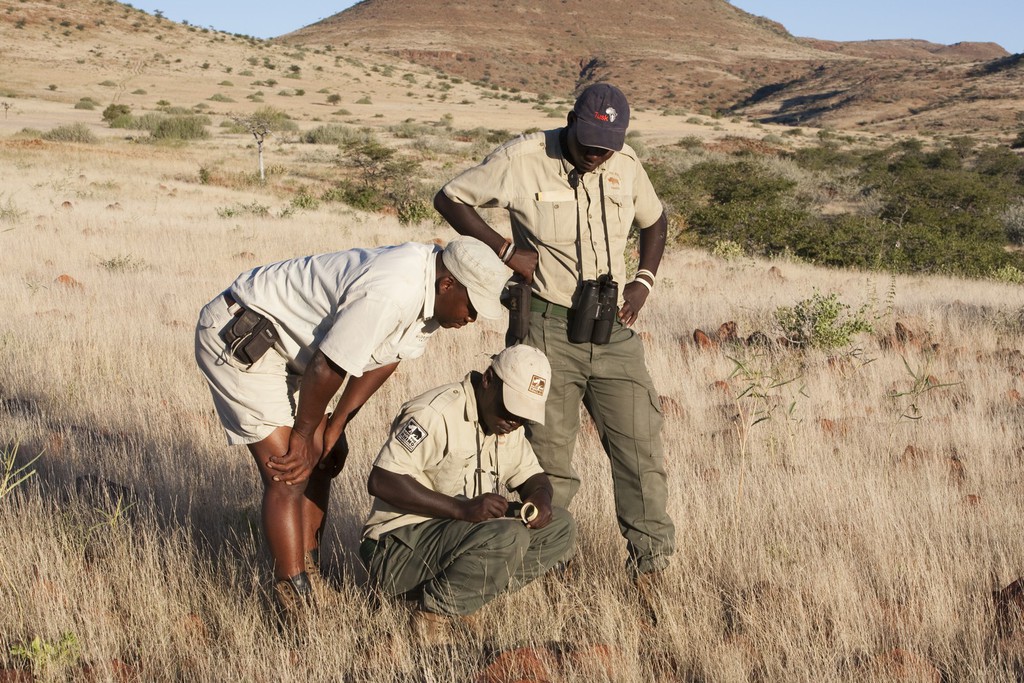 For me the motivation to work with rhino came as a result of my elders who awakened the pride of protecting this very unique species, and my uncle, who was also a dedicated rhino tracker.

As it was for me, I believe that my children would also want to experience the wonder of the desert-adapted black rhino when they grow up, and I want my baby to have the chance to see the rhino roam freely in its natural environment.

We previously used camels and donkeys to patrol the area we operate in, but now we use a car to travel as close as we can to the rhino. We usually go out into the field in groups of three, and split up as soon as we find fresh rhino tracks, and from here we cover the rugged terrain by foot. In one day we can journey anything from 40 to 180 kilometers.

Our equipment consists of a GPS tracker, binoculars, camera and rhino ID booklet, in which we record the name, location and condition of the animal. This information is sent to our head office on a monthly basis, where it is recorded in a database – one of the largest and longest standing in the world.

The hardest part of my job is when it’s drought, as then the rhino move further from their usual territory and it becomes very hard to find them. You can be out in the field the whole day and not even see a single rhino.

I find it important to get local communities involved in the cause, to educate people and teach children the significance of saving our rhino.

These are not my rhino, it is our rhino, and we need the whole nation to get on board.