You are here: Home » News » What is United for Wildlife? 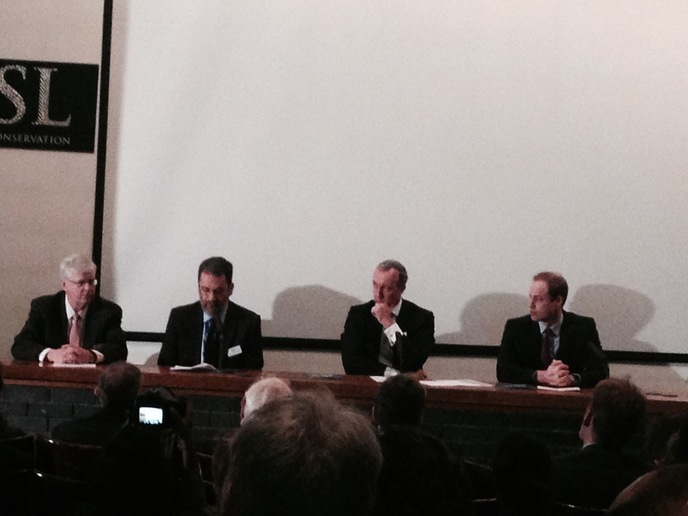 United for Wildlife (UfW) is an unprecedented collaboration between seven of the largest international conservation organisations, brought together by HRH The Duke of Cambridge and supported by the Royal Foundation of The Duke and Duchess of Cambridge and Prince Harry.

The Royals hope that the partnership will draw attention to the rapid escalation of the illegal wildlife trade, which is having a devastating effect on species worldwide. UfW will focus on four of the world’s most endangered animal species; rhinos, elephants, big cats and pangolins.

UfW is a long-term commitment to tackle the global threats facing species. UfW aims to implement a global action plan for organisations and government partners to work collaboratively to end wildlife crime. It also aims to bring new funding to help organisations reduce the trade and the slaughter of wildlife.

The illegal wildlife trade is a global problem and so Save the Rhino welcomes the United for Wildlife initiative, which we hope will bring collaborative action amongst conservation partners and international governments, along with increased funding to tackle this worldwide problem. It is great to see the UK royals taking a lead in raising awareness for the world’s critically endangered species before it’s too late.

On February 12 – 13, the Zoological Society of London hosted the first UfW event; a two day symposium on International Wildlife Trafficking, which saw experts gather ahead of the London Conference on Illegal Wildlife Trade. Click here to read more about the event.

Click here to read more about United for Wildlife

2 thoughts on “What is United for Wildlife?”