You are here: Home » News » The Dallas Safari Club controversy 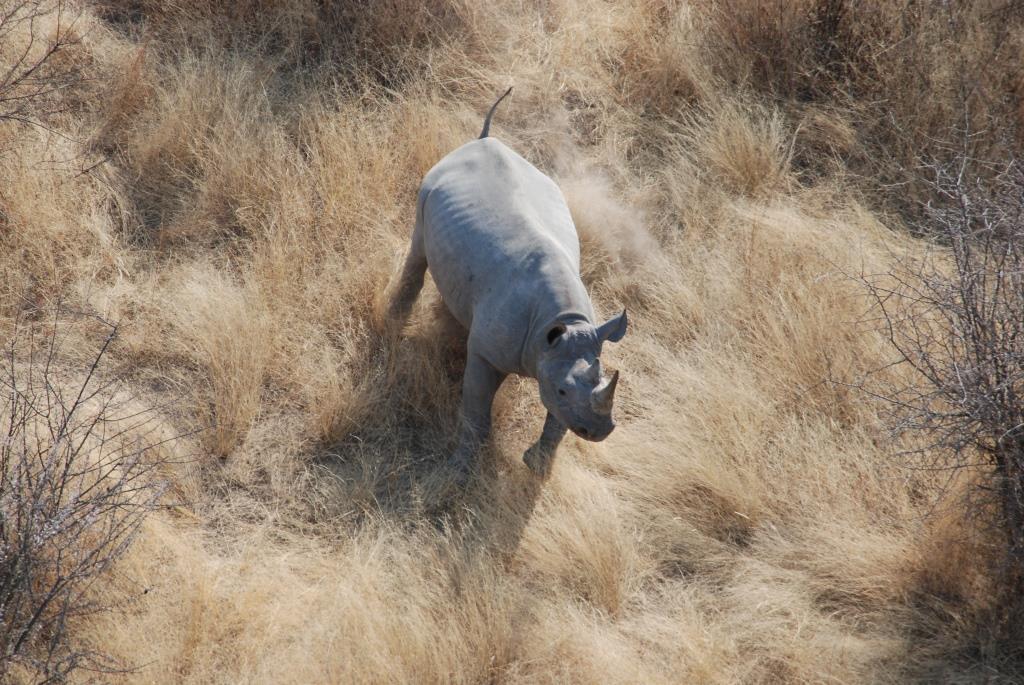 Websites and newspapers this month have carried many articles and comments about an auction, to be held in Dallas in January 2014, for the right to trophy hunt a black rhino in Namibia. We’re curious as to why this particular trophy hunt auction has received such widespread coverage and comment.

So what’s new about this story?

The key difference is that Namibia’s Ministry of Environment and Tourism (MET), which owns all black rhino in Namibia, has decided to auction this particular trophy hunt in a different way. Normally, MET holds auctions in Windhoek, Namibia, which are attended by a mix of individuals and companies. Most of the bidders will be hunting safari operators, who buy permits to shoot particular numbers of specific species, and then offer these to their mailing list of clients, making a nice margin for themselves along the way. In South Africa, state departments like Ezemvelo KZN Wildlife do the same thing: hold an auction, within KwaZulu-Natal in this case, and hope the customers will come to them.

Instead, MET has looked at where the wealthiest hunters are – and these tend to be American or German – and has focused on getting the best possible price for a black rhino trophy hunt. Rather than hold the auction in Namibia, and hope that there are enough people with serious funds in the room to drive the bid up, they’ve gone straight to the potential customers – in this case, the members of Dallas Safari Club. Funds from this auction will go to the Game Products Trust Fund in Namibia and will be ring-fenced specifically for rhino conservation efforts.

Texas is one of the wealthiest states in the USA and it makes sense to set your stall out where the money is. There’s no point opening a shop selling de Beers’ diamonds in a council estate in a rundown city suburb. Indeed, the Club’s Executive Director, Ben Carter, thinks the trophy could go for as much as US $750,000.

In 2013, Namibia issued three trophy hunting permits, and auctioned them in the usual way, in Windhoek. These permits sold for N$2.18m, N$1.815m and N$1.815m, which at today’s exchange rate work out at US $223,000, US $185,000 and US $185,000. On this basis, if Carter’s prediction holds true, MET’s experiment could be a very profitable one, with over three times as much raised for black rhino conservation than the previous method.

Why, people ask, is a conservation organization like MET or Ezemvelo KZN Wildlife even allowing trophy hunts in the first place? Couldn’t they get $750,000 without having to suffer an animal being shot?

Well yes, it would be nice if donors gave enough money to cover the spiralling costs of protecting rhinos from poachers. Or if enough photographic tourists visited parks and reserves to cover all the costs of community outreach and education programmes. But that just doesn’t happen. It costs around $500,000 a year to run a relatively small rhino programme with only 20-30 animals. Heaven only knows how much it costs to run Kruger National Park in South Africa, or Etosha National Park in Namibia.

Fundraising for rhinos is hard. We’re not just competing for funds against other endangered species – elephants, tigers, polar bears, pandas – but against cancer charities, children’s charities, or the most recent natural disaster. In “An inconvenient truth”, Al Gore asserted that 97% of charitable giving goes to people-related causes and 1.5% to pet charities, leaving only 1.5% for the conservation of our entire planet. Are enough new rhino-focused donors really going to come out of the woodwork to make income from trophy hunting unnecessary?

We’re not surprised that this innovation has come from Namibia. The country led the way with community-based natural resource management programmes in the 1990s, an approach that has widely been hailed as keeping communities on the side of wildlife as rhino poaching has stormed through Zimbabwe, South Africa and Kenya. MET has been an early adopter of various types of new technologies for protecting rhino – UAVs, tags, microchipping rhino, satellite bracelets etc.

Let’s see if MET has made the right call on holding this auction in Dallas.

Click here to read a good article by Steve and Ann Toon, who recently interviewed Pierre du Preez, the national rhino co-ordinator for the Namibian Ministry of Environment and Tourism (MET). Pierrre explains the history of sustainable wildlife utilisation in Namibia and the importance of funding from the Game Products Trust Fund.