You are here: Home » News » Rhino poaching hits 790 in South Africa this year. 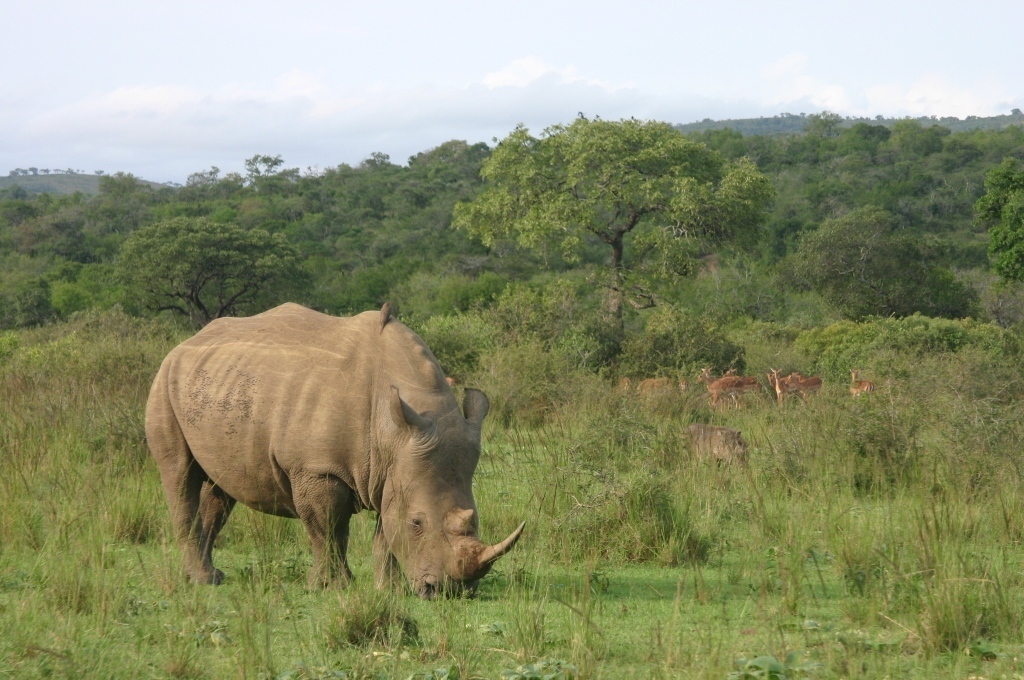 According to the latest figures from the South Africa Department of Environmental Affairs, over 790 rhinos have been lost to poaching so far this year (as at 25 October). This is on average 2.6 rhinos per day and means over 100 rhinos have been killed within the past month. This figure sadly surpasses the total killings for the whole of 2012, when 668 rhinos were illegally poached. 60% of the rhino killings took place in Kruger National Park which has lost 476 rhinos this year.

The South African Government has announced that it will shortly be signing a MoU with Laos in a bid to protect and conserve rhino populations. According to a press release from the South African Department of Environmental Affairs the MoU will be accompanied by an Implementation Plan with actions to eradicate wildlife crimes through government-to-government and security initiatives, educate the public and raise awareness.

South Africa already has an MoU signed with Vietnam to curb rhino poaching, and has also has an MoU in action with Mozambique which is due to be signed early next year. The Convention on International Trade in Endangered Species of Wild Fauna and Flora (CITES) has set a deadline of early 2014 for both of these countries to report on concrete legislative and other security measures taken to curb rhino poaching.

Save the Rhino is a long-term supporter of Hluhluwe-iMfolozi Park (HiP). We have recently sent several grants to HiP including €3,250 of a €7,500 grant from the Foundation Friends of Safaripark Beekse Bergen and Dierenrijk for stable maintenance, securing the electrical fence, buying feed, medical supplies and riding tack. USFWS RTCF awarded $21,534 for aerial surveillance (a new Bathawk has just been delivered to replace the Bantam microlight that crashed in January). Colchester Zoo’s Action for the Wild has given £4,930 for anti-poaching kit. And SRI has awarded $2,430 from our core funds for essential equipment.

Use of veterinary drugs in rhino poaching

In early October, not far from Hluhluwe-iMfolozi, five rhinos were found dead and dehorned in Weenen nature reserve. According to Ezemvelo KZN Wildlife preliminary investigations reveal that all five rhinos died from a fatal overdose of the M99, the veterinary drug. If this is the case, this means those behind the poaching had access these expensive drugs, which are normally only obtained by veterinary professionals. However, the drugs can reportedly be obtained on the black market for a much higher price. According to officials this can be seen as a different type of poaching syndicate. A further two rhinos were found dehorned, bleeding and wandering around the Park. These two rhinos fortunately survived, and following veterinary treatment have been released back into the bush for close monitoring.

Veterinary drugs such as M99 may be favoured by poaching syndicates as it is much quieter than shooting. In addition if someone is found in possession of a firearm in the vicinity of the Park then they will be immediately suspected of poaching.

Please help us support Hluhluwe-iMfolozi in the fight against poaching, by making a donation to Save the Rhino.