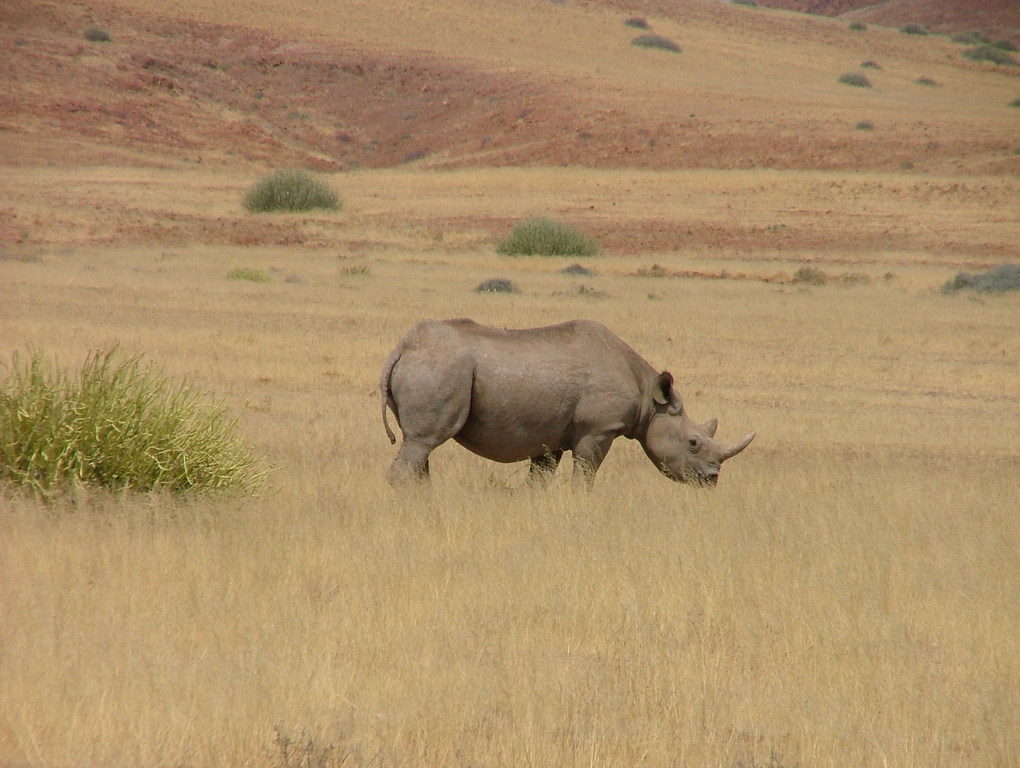 Over the last few decades Namibia has experienced very little poaching and 2012 looked set to be a rhino poaching free year. However in late December a female rhino carcass was discovered in the remote Damaraland area of Namibia’s north-west Kunene region.

The rhino was discovered by Namibia’s Save the Rhino Trust. Sadly the female rhino also had a young calf, which unfortunately could not be saved, as it was too weak and died at the scene. Young rhino calves stay near their mothers even if they are killed.

Swift action was taken from the local community, Save the Rhino Trust and the Namibian police, resulting in the arrest of a Namibian male and the successful recovery of the rhino horns.

The male suspect appeared in court in late December and was denied bail. He is expected to reappear in mid January and could be sentenced up to 20 years in prison.

Ongoing support for the Save the Rhino Trust is essential to prevent the South African poaching crisis spreading further across boarders to neighboring countries such as Namibia.

Other countries including Kenya and Zimbabwe have also experienced recent rhino poaching incidents, with growing concern that the South African poaching crisis is spreading further across boarders to neighbouring countries.

Four white rhinos were sadly poached on New Years day at Thertford Estate in Mazowe.The poachers escaped without the horns, which were recovered along with cartridges and a rifle at the scene.

Four black rhinos were killed at the Lewa Wildlife Conservancy in early December. Kenya’s poaching has continued in 2013 with three rhinos killed in two separate incidents in the New Year. One female black rhino was killed at the Ol Jogi Ranch, whose calf also died as it was too young to survive on its own. In the other incident, a white rhino and her calf were killed in Solio Ranch on New Year’s Day.