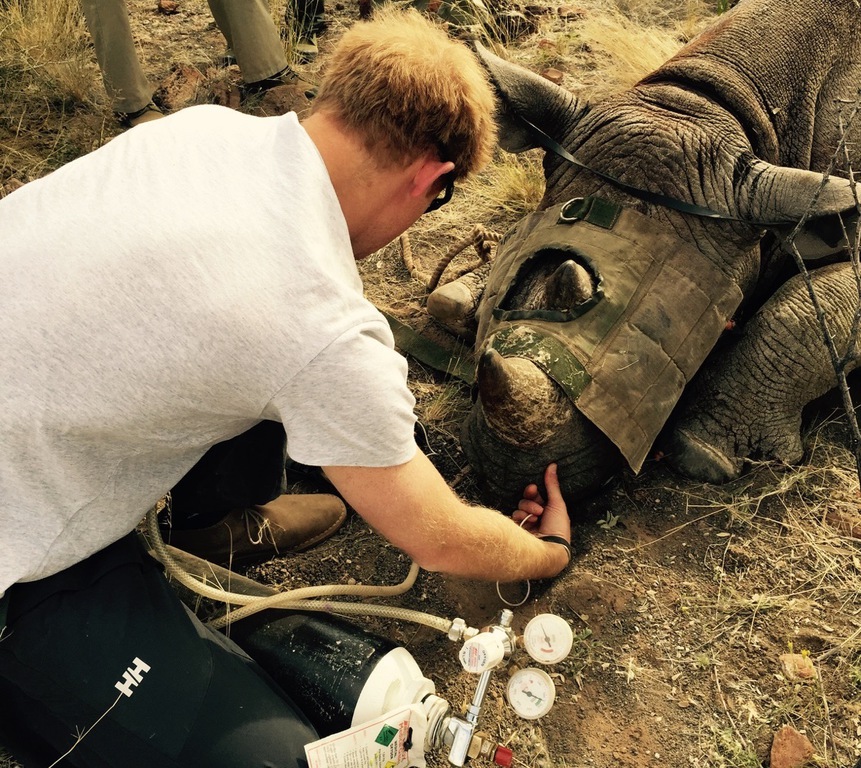 During a recent trip to South Africa Prince Harry spent time with rangers and anti-poaching teams in Kruger National Park, which is facing the brunt of the rhino poaching crisis. He came face-to-face with the horrific reality of poaching whilst visiting a crime scene, where rangers had discovered the body of a female white rhino and her young calf shot dead for their horns.

While on his visit the Prince also spoke out against the proposition to legalise the trade in rhino horn saying he believes legalization of the rhino horn trade will “accelerate the path to extinction” for the threatened species.”

During a speech at the college, the Prince said:

‘’After a summer working alongside rangers, I now fully understand the skill you bring to your work, the sacrifices you and your families make for you to do it, and the perseverance you demonstrate every day in the face of huge challenge.’’

He highlighted the role of the UK Royal family in tackling the illegal wildlife trade by adding:

‘’My brother, William, is working at a global level to encourage countries like America and China to lead the way in ending demand for ivory and rhino horn and to help African nations with the resources they need to beat the traffickers.’’

Earlier this year Prince Harry spent several months working with rhino conservation teams in several countries across Southern Africa. While in Namibia he spent time with Save the Rhino’s programme partner Save the Rhino Trust and also worked alongside conservationists Dr Mark Jago and Dr Pete Morkel. The photo above shows Prince Harry assisting with a routine dehorning operation, which is performed every two years to deter poaching. Prince Harry said:

‘’My initial task each time was to monitor the heart rate and oxygen levels and help stabilise them as quickly as possible. My responsibilities then grew to taking blood and tissue samples and the dehorning itself’

We thank Prince Harry and the Royal family for bringing attention to the poaching of rhinos and other endangered species, and for taking action at a global level to tackle the illegal wildlife trade.