You are here: Home » News » Poacher arrests in Zimbabwe’s Save Valley 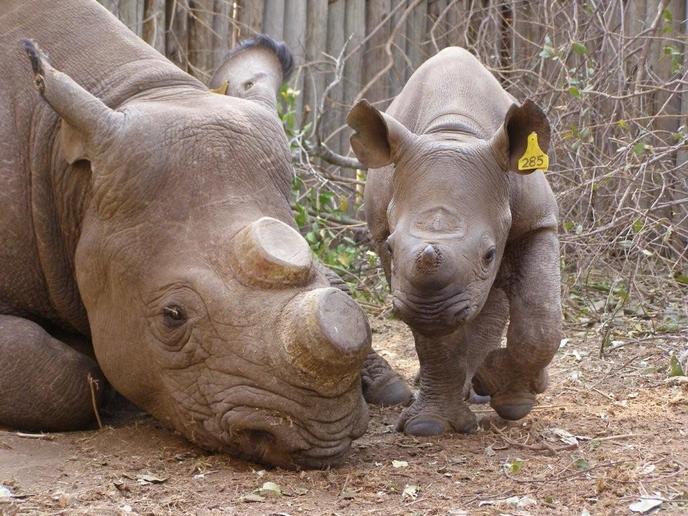 This month in Zimbabwe, more than a dozen alleged poachers – including the nephew of a prominent MP – have been apprehended by the authorities in connection with poaching incidents, some of which are related the Save and Bubye Valley Conservancies; regions where Save the Rhino’s partner, the Lowveld Rhino Trust, monitors two important black rhino populations.

In rhino-speak, a “Key 1 population” is the category given by the IUCN’s African Rhino Specialist Group to rhino populations with continental importance. The categorisation system is based on the size of the population, its genetic diversity and potential to grow, performance trends and its ability to withstand threats such as poaching and habitat loss.

Both populations monitored and managed by Zimbabwe’s Lowveld Rhino Trust fall into the Key 1 category, and funding LRT’s work is a priority for Save the Rhino International’s efforts in London. The Lowveld region covers some 1.3 million acres and is home to both black and white rhino. Growing these populations, and the one in nearby Malilangwe, is the best chance for the survival of the species within Zimbabwe. Bubye Valley Conservancy is in the west of the country, with the Save Valley Conservancy closer to the porous borders with South Africa and Mozambique; known escape routes for rhino horn poachers and horn traffickers who are increasingly moving beyond their recent focus on South Africa.

The recent arrests were made by Zimbabwe’s Parks and Wildlife Management Authority anti-poaching unit in separate operations across the country, and included two suspects who already featured on the police’s wanted list. One named individual, Matandira Gomeso, had been on the run since 2011 when he absconded after an arrest for suspected poaching and being in possession of elephant tusks. In total, 10 individuals were apprehended, four of them in Save Valley Conservancy.

Zimbabwe’s legal system has a good legislative framework for the protection of wildlife – including theoretically tough sentencing. Whilst the recent spate of arrests is good news, the country is in the grip of an escalating poaching crisis and, in practice, bribery is common with many high-profile cases failing to go to trial.

Rhinos offer more than their market value to a community – they are part and parcel of sustaining a local habitat, playing a vital role in the whole community’s resilience to climate change, drought, over-farming and soil erosion. Rhino populations also help secure long-term economic growth through opportunities for tourism, stimulating local job creation.

Sustained rhino poaching means there is a very real chance that people living alongside rhinos in Save and Bubye are robbed of this shared future. In 2014, 20 rhino were poached in Zimbabwe. In 2015, this had more than doubled to 51. Poachers arrested on the ground can be local petty criminals, or gangs from across the border. They are unlikely to see much profit – that goes to the kingpins further up the chain and investigative journalists have found signs that this chain extends upwards to Zimbabwe’s shadowy Central Intelligence Organisation, generally understood to act as Mugabe’s secret police force. This begs the question: are rogue agents profiting for poaching, or has poaching become institutionalised in Zimbabwe’s political elite?

In Julian Rademeyer’s eviscerating analysis of the transnational criminal networks involved in the horn trade, Tipping Point, identifies Central Intelligence Organisation operative Munashe Mugwira as a supplier of weapons to local poachers operating within Zimbabwe. The ever-ubiquitous AK-47, plus silencers, are their weapon of choice, allegedly transported in his official vehicle. Mugwira is facing trial, but suspected accomplices – such as Dumisani Moyo, in hiding from Interpol, remain at large.

A poacher of particular interest is a Mr Moses Moses. Found with three other poachers in Chishakwa, and in the possession of rifles, silencers and ammunition, it emerged that Moses is the nephew of prominent Muzarabani North MP, Alfred Mufunga, who is also the owner of their getaway car. His uncle has denied all involvement. According to Rademeyer’s sources, Central Intelligence Organisation agents threaten to arrest poachers if they don’t supply their agents with rhino horn.

One high-profile head has already rolled. Depicted by the Zimbabwean authorities as internal clean-up operation, National Park Director-General Edson Chidziya was suspended. Recently, the authorities have admitted that 56 rhino horns are missing from the nation’s stockpiles, and a Zimbabwe Parks and Wildlife Authority spokesperson claims Chidzaya attempted a cover-up.

There is just over a month until CITES holds its Conference of the Parties 2017 (CoP17) and formally lobbies for the international rhino horn trade ban to be lifted. Back at the Lowveld Rhino Trust, news of the arrests brings – however temporary – a moment of relief.

For more information on what CITES CoP17 means for rhinos – check out our handy guide here.

One thought on “Poacher arrests in Zimbabwe’s Save Valley”