You are here: Home » News » Namibia’s Save the Rhino Trust staff cleared of any poaching involvement 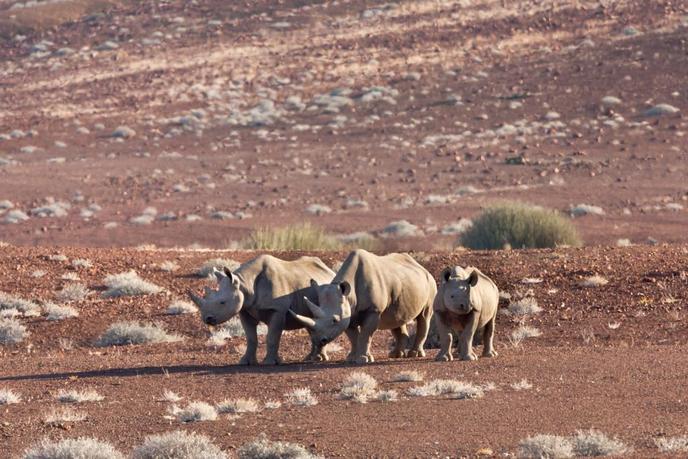 In December 2014, the Trustees of Save the Rhino Trust Namibia (SRT) launched an internal investigation in response to newspaper reports that alleged that SRT staff were complicit in rhino poaching in the Kunene Region.

After an extensive investigation, over 76 days, the independent investigator found no evidence or suspicions of any of the SRT staff being involved in poaching. The investigator categorically cleared SRT CEO, Simson Uri-Khob of any involvement in rhino poaching.

The investigation gathered invaluable intelligence about the poaching syndicates which will help SRT’s trustees and management to respond to the future poaching threat. Evidence has also been passed on to the Namibian Polices’ Protected Resource Unit which is actively working on leads.

SRT is dedicated to the protection of the Critically Endangered desert-adapted black rhino population of the Kunene region. Over the past 30 years, SRT has been crucial to helping the population recover from near extinction. SRT works alongside the Namibian Ministry of Environment and Tourism, the Namibian Police, local communities and non-governmental organisations to conserve the rhinos.

SRT wishes to thank all its loyal supporters and donors for standing by the organisation during the investigation.

The Namibian poaching threat has deeply intensified over the last few years, with the increasing involvement of sophisticated poaching gangs. According to Bloomberg News, Namibian authorities have said that 12 rhinos have been killed since the start of the year; seven in Etosha National Park and five in the Kunene Region. It is reported that 23 rhinos were poached during 2014.

This resurgence in poaching is extremely worrying, and Save the Rhino Trust needs increased support to allow them to assist the authorities in responding to the threat. Save the Rhino International remains committed to supporting this excellent organisation in its vital work.