You are here: Home » News » Eight rhinos poached during ‘Supermoon’ 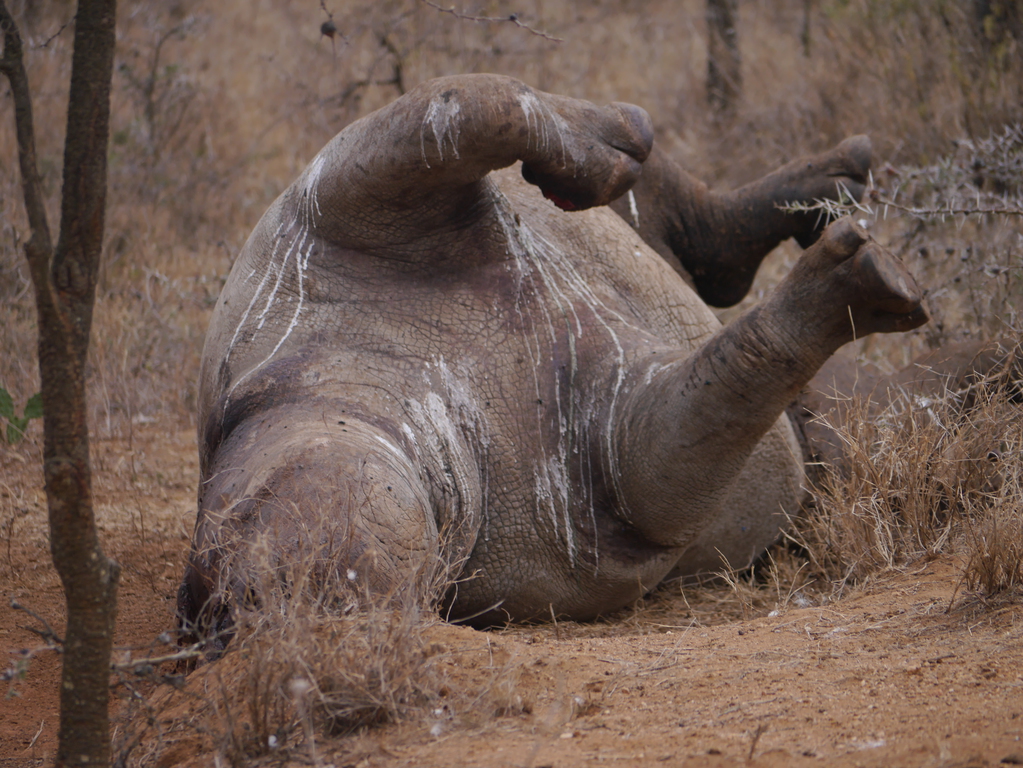 The media has reported devastating news from Hluhluwe-iMfolozi Park in South Africa, that eight rhinos were killed during three separate poaching incidents in the Park during the last weekend in September.

Another rhino was attacked but survived and is undergoing treatment. The poachers seemed to take advantage of the particularly bright supermoon. Unfortunately full moons mean brightened skies, allowing poachers to operate without the need for torches which could disclose their position.

The Zululand Observer reported that no weapons have been recovered from any of the crime scenes but the KwaJobe Community Forum apprehended one suspected poacher. Full investigations will be taking place to investigate the poaching incidents.

Criminal syndicates are using ever more sophisticated techniques to dehorn rhinos including the use of tranquilliser darts which are quieter than gun shots. It is becoming ever more challenging for the rangers on the ground to tackle the rising poaching threat.

The latest figures from the South African Department of Environmental Affairs state that 749 rhinos have been poached in South Africa up until 27 August 2015.

One thought on “Eight rhinos poached during ‘Supermoon’”