You are here: Home » News » Debate: “Should the global trade of rhino horn be legalised?” 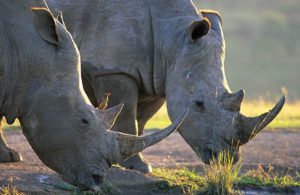 “Should the global trade of rhino horn be legalised?”

Notes by Cathy Dean, Director, Save the Rhino International.

NB: These notes do not attempt to record speakers’ actual words, merely the gist of the discussion.

CP: Introduction to the debate

Each speaker was then invited to give a brief introduction to their positions.

“In later life, Ian Player came out of retirement to campaign for a relaxation of the ban on the trade in rhino horn, a traditional medicine in the Far East, following a huge surge in the problem of poaching. Player believed that government-controlled trading in horns from animals that died naturally could force prices down, undermine the illegal trade and provide a source of revenue for conservation

CP asked a series of questions leading into further discussion, together with questions / interventions from the audience