You are here: Home » News » Congratulations to Richard Bonham 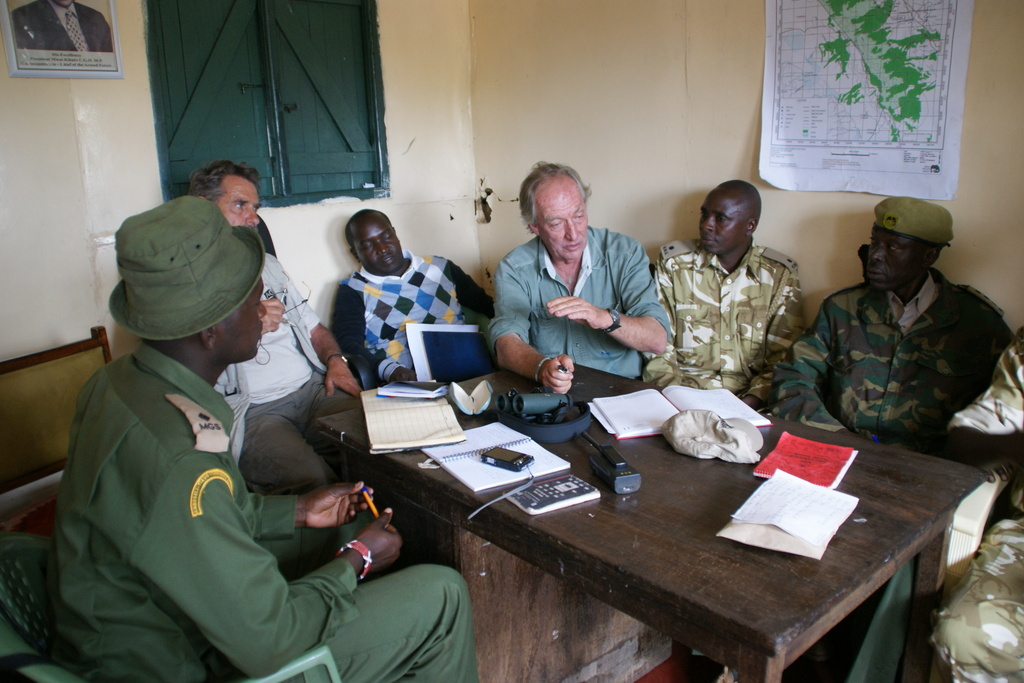 Congratulations to Richard Bonham who has been awarded The Prince William Award for Conservation in Africa, a lifetime achievement award, at the 2014 Tusk Conservation awards.

The award recognises Richard’s incredible commitment to conservation. According to Tusk, “the award honours a conservation hero, chosen from an outstanding list of nominees who have dedicated a lifetime to Africa’s wildlife and its environment.”

Richard is currently Director of Operations and Board member of the Big Life Foundation, an organisation that seeks to conserve and sustain the wildlife and wild lands of the Amboseli-Tsavo ecosystem of East Africa. Big Life Foundations uses innovative conservation strategies that address the greatest threats, while at the same time satisfying the economic interests of the resident Maasai people in ways that improve the quality of life for the entire community.

The annual Tusk Conservation Awards highlight inspirational conservation work in Africa, ranging from the protection of endangered species and threatened habitat to the promotion of environmental education and the development of community driven conservation.

Richard is the son of well-known Kenyan Game Warden, Jack Bonham. This meant Richard experienced wildlife and conservation from an early age. Early in his career, he spent a few years as a commercial bush pilot for wildlife tourism in Kenya, Tanzania, Zaire (now the DRC) and Sudan.

In 1979, Bonham gave up flying commercially in order to begin his life’s work as an entrepreneur in wildlife conservation and tourism, founding Richard Bonham Safaris in 1979. The company began by specialising in outfitting safaris to the lesser-known wilderness area in Kenya and Tanzania.

In 1985, Bonham began concentrating on leading porter-supported walking safaris in the Selous Game Reserve in order to access the wilder and remoter areas of the Reserve. These safaris led him to establishing the small, 20-bed Sand Rivers lodge in 1995, today considered one of the premier tourism destinations in Tanzania.

In tandem with developing the walking safaris and the Selous lodge, Bonham negotiated a concession on a 300,000-acre Maasai community-owned ranch, Mbirikani Group Ranch, in the Amboseli / Kilimanjaro area in southern Kenya. Here, on the slopes of the Chyulu Hills, he developed a small up-market tourist lodge called Ol Donyo Wuas and built his home, where he has been based for the past 22 years.

While working in Kenya at Ol Donyo Wuas Lodge and in Tanzania in the Selous Game Reserve, it became clear to Bonham that the government bodies mandated to secure the wildlife resources were undercapitalised and ineffectual. This led him to create the Maasailand Preservation Trust in Kenya in 1992 (now called the Big Life Foundation) and the Selous Rhino Trust in Tanzania in 1996.

Richard pioneered the Community Game Scout concept in the late 80s by employing four local Maasai warriors to collect snares that were appearing in growing quantities. 20 years later, this the project has expanded to employing and training over 100 game scouts from the local community and operating over most of the ecosystem.

Maasailand Preservation Trust / Big Life Foundation has played an integral part in setting up health clinics, schools and a wildlife scholarship program that has put hundreds of students through school.

MPT / BLF also pioneered a Predator Compensation Fund that now covers over 700,000 acres of the ecosystem. This economic incentive-based approach aims to mitigate human-wildlife conflict and conserve predators, especially lion, which are killed in retaliation for livestock killing.

Richard is now a Board member of the Big Life Foundation; Treasurer of the Amboseli-Tsavo Game Scout Association; shareholder in Ol Donyo Wuas Lodge and Sand Rivers Lodge; and an Honorary Game Warden of Kenya.

Coverage in The Daily Telegraph

Coverage in The Daily Express