You are here: Home » News » CITES progress on protecting rhinos 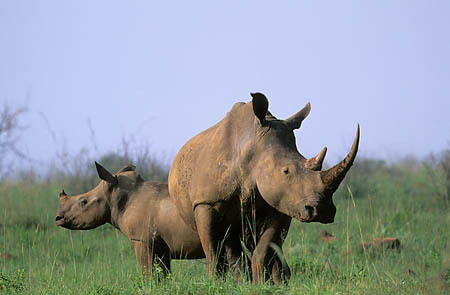 As South Africa announces that it has lost 558 rhinos to poaching so far this year (as at 10 July), experts from around the globe are gathering in Geneva, Switzerland, for the sixty-fifth meeting of the CITES standing committee. The rhino focus has very much been on three countries; South Africa, Mozambique and Vietnam.

What is CITES?
CITES (The Convention on International Trade in Endangered Species), is an international treaty created in 1973, to protect wildlife against over-exploitation, and ensure that trade in specimens of wild animals and plants does not threaten their survival.

Every three years the parties gather in a Conference of Parties (CoP) to address proposals to amend the appendices which have an important impact on endangered species such as rhinos.The 16th meeting of the Conference of the Parties (CoP 16) took place in Bangkok (Thailand) during 3-14 March 2013. As a result of the March meeting, specific actions were directed at Vietnam and Mozambique for them to strengthen their efforts to prevent rhino poaching and the illegal horn trade.

The Standing Committee for CITES, holds regular meetings to discuss the progress made and is attended by nations that have signed the treaty, intergovernmental agencies, and wildlife conservation non-profits.

Mozambique reported several actions had been taken since 2012 to combat rhino poaching, including the provision of new equipment to field rangers, the resettlement of villages close to the border with the Kruger National Park, the establishment of an “Intensive Protection Zone” along the length of the border with the Park, and increased cross border co-operation.

The figures provided by Mozambique show a notable increase in arrests made during anti-poaching interventions in 2013. A significantly higher number of fines were also issued in 2013, compared to previous years, but there was a notable decrease in the payment of fines. Less than 3% of these fines have been paid, demonstrating that improvement in the judicial system is heavily required.

Bilateral cooperation between Mozambique and South Africa was further enhanced by the signing of a Memorandum of Understanding (MoU) between the two countries on 17 April 2014. Mozambique has also implemented the Conservation Areas Act. This new Act provides for prison sentences of 8 to 12 years for persons convicted of illegally killing protected species.

Mozambique is currently also implementing a number of national initiatives including the establishment of an anti-poaching task force across with representatives from several government departments.

According to Mozambique’s report, the country hopes to implement a number of new strategies in 2014:

There are still serious concerns about Mozambique’s involvement in the rhino poaching crisis, especially as Mozambique’s report was submitted late and lacked detail. Mozambique continues to be a key country in relation to rhinoceros poaching and illegal rhinoceros horn trade. Recent seizures of rhino horn indicate that crime syndicates continue to target Mozambique as a country from which rhinoceros horns can be obtained and smuggled to clandestine markets.

CITES is urging Mozambique to develop a national rhino horn action plan, with time-frames and milestones, and submit this to the CITES Secretariat by 8 August 2014.

Vietnam’s report to CITES outlines a number of steps which have been taken by the country to crack down on the illegal trafficking of wildlife:

On 20 February 2014 the Prime Minister of Vietnam issued a Directive on “Strengthening the direction and implementation of measures for controlling and protecting endangered, rare and precious wild animals” to Ministries and local authorities to prioritise and strengthen responses to wildlife crime, including the trafficking of rhino horn.

On 12 December 2012, South Africa and Vietnam signed a MoU on Biodiversity Conservation and Protection to promote co-operation between the two countries and to address a number of wildlife and conservation issues, in particular the illegal trade in wildlife and wildlife products

The CITES Management Authority of Vietnam hosted a roundtable meeting in Hanoi on 24 March 2014 to strengthen the coordination of key policy initiatives to combat wildlife crime and to facilitate a discussion on the priorities to be implemented to enhance law enforcement efforts to combat transnational wildlife trafficking, inviting a number of international countries.

The report highlights a number of other important activities and measures that have been initiated or implemented, such as:

The report also states that Vietnamese authorities have been increasingly successful in their law enforcement efforts, recording a number of seizures and arrests. The CITES Secretariat urges the importance that Vietnam reports these seizures to the authorities of the countries of origin to ensure that follow up investigations can take place.

It is evident that Vietnam has managed to set in motion a political momentum to combat illegal wildlife trade, which has significantly contributed to tangible progress in its efforts to implement measures to combat illegal rhinoceros horn trade more effectively.

It is encouraging that Vietnam is taking recognisable steps to tackle its role as the number one destination of rhino horn. However one area of concern is the limited custodial sentences for trafficking rhino horn, and Viet Nam has acknowledged this as an area for improvement. Heavy sentencing is a crucial deterrent to those involved in rhino horn trafficking and one we hope Vietnam will rapidly act to implement.

All information in this article is taken from the following CITES reports, which are available to read in full online: