You are here: Home » News » CITES CoP17: Swaziland comes out fighting for a legal horn trade 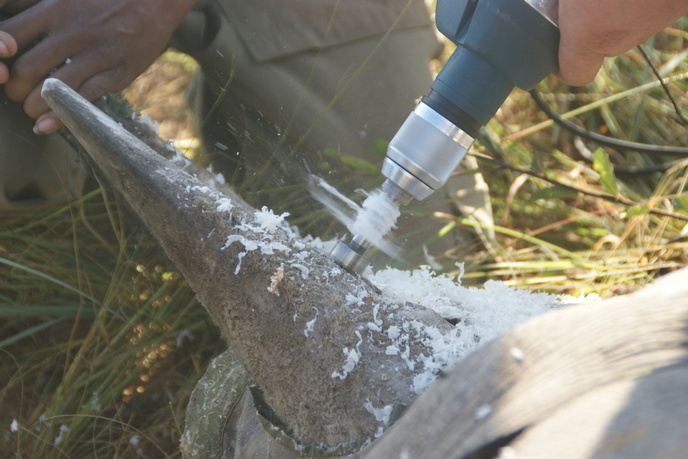 Swaziland surprised everyone with its “11th hour” proposal to CITES to legalise international rhino horn trade. Even before the proposal’s submission, debate has raged between conservationists across the globe concerning what is likely to be one of the most controversial topics to be discussed at CoP17.

According to Swaziland and the Big Game Parks, the driving force behind the proposal is finding a long-term and sustainable solution to the poaching crisis, and ensuring that this solution can meet the escalating costs of protecting rhinos, especially when the country is suffering from widespread drought. The proposal outlines that funds raised will help rangers, fund conservation activities and provide investment community development.

In a submission to CITES providing a rationale to the country’s proposal, Swaziland argues that

Africa’s rhinos belong to Africa. They are an enormous asset which many custodians and conservationists believe has the capacity to not only pay for nature conservation in rhino range states, but also to contribute meaningfully to poverty alleviation of communities and sustainable development, if only CITES would lift the futile ban.

The country’s government has also said reducing consumer demand in Asia is nigh impossible, whilst criticising western NGOs and governments for burning rhino horn stockpiles; effectively burning cash for conservation.

The proposal, and the government’s criticisms of the international community, have gained support from some corners, particularly from pro-trade rhino owners in South Africa who see the Swazi proposal as a test case for a future South African trade proposal, as well as high-profile criticism. Dr Richard Leakey, the Chair of the Kenya Wildlife Service, which burned the biggest-ever stockpile of seized rhino horn in April 2016, went on record in UK broadsheet The Guardian saying:

Swaziland will be seen for what it is, a puppet – Dr. Richard Leakey

The key shortcoming in the Swaziland / Big Game Parks proposal, highlighted by the IUCN / Traffic in its assessment of the proposal, is that there is insufficient detail on mechanisms for regulating the proposed trade and how trading partners will be identified. Many other conservationists have argued that legalising the horn trade will open floodgates, driving demand for rhino horn. In light of these concerns, Swaziland’s proposal is unlikely to gain the 2/3 majority vote needed to pass.

Furthermore, the best information and analysis available to date on whether a legalised trade is workable has not yet been published. Some two years ago, the South African government tasked some of the finest minds in conservation, a Committee of Inquiry, with putting their heads together to consider whether the right conditions were in place to legalise the international horn trade. After 18 months of research and deliberation, the Committee advised Cabinet that the requirements for a legal horn trade have not been met, and Cabinet announced that it would not be tabling a South African proposal. But it hasn’t – yet – published the Committee of Inquiry’s findings.

At CITES CoP17 in September, CITES Parties – all 182 of them – will debate Swaziland’s proposal and these findings could help Parties cast a fully informed vote. Will South Africa publish its findings?

You can read Swaziland’s full proposal to CITES here.