You are here: Home » News » Can a one-off sale of rhino horn help rhino conservation efforts? 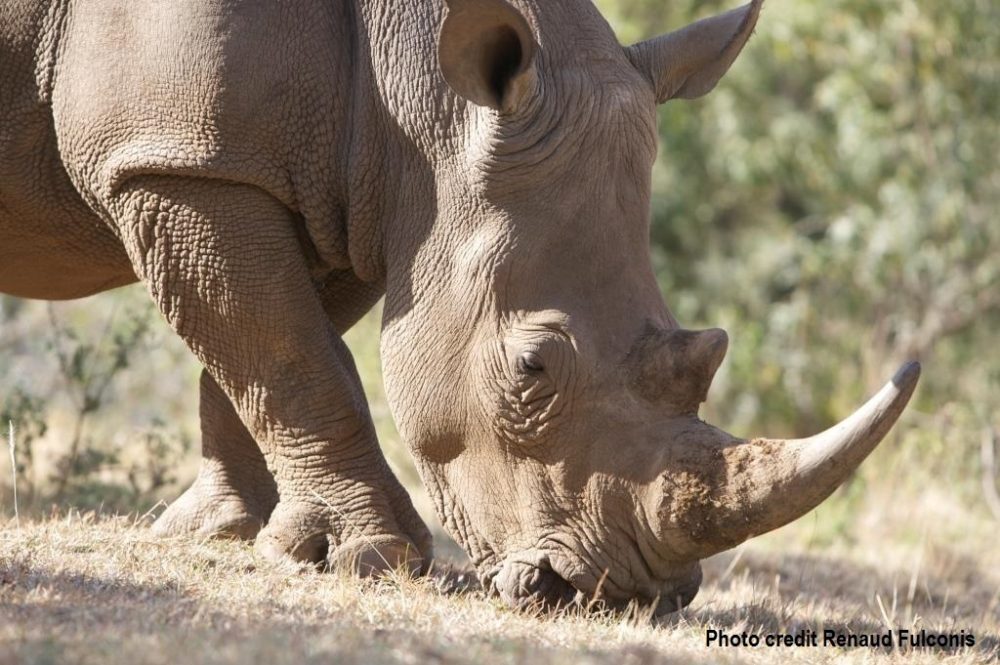 As at 24 July, 514 rhinos have been killed in South Africa during 2013, and predictions are that over 1000 rhinos will be slaughtered by the end of the year.

It is this surge in rhino poaching that has prompted South Africa to announce that it will be backing a proposal for a legalised trade in rhino horn. On 3 July 2013, South Africa’s Environment Minister, Edna Molewa, announced that the country would back ‘’the establishment of a well regulated international trade” in rhino horn and seek permission for a one-off sale of stockpiles worth around $1 billion.

South Africa will propose the one-off sale at the next Convention on International Trade in Endangered Species of Wild Fauna and Flora (CITES), which will be held in 2016. South Africa will seek international approval from the CITES member states, who will vote on the country’s plan.

A one-off sale would create huge difficulties in terms of distinguishing illegal from legal horns circulating in the market. There are fears that without stringent monitoring a legal trade could serve as a route for the illicit trafficking of rhino horns. Even if South Africa was adequately able to differentiate the legal horns, there is no way of knowing that the likely end-user countries (Vietnam, China and perhaps others) would implement such strict monitoring.

There is also the fear that a one-off sale would further increase the demand for rhino horn, which would then not be sustained by further sales, thus encouraging further poaching. With a rapidly increasing Asian population, opening up rhino horn to these growing markets could have unexpected consequences: could stockpiled and future harvests of horn satisfy future demand?

There are also concerns that a legal trade could have the potential to damage the demand reduction programmes already underway. A legal trade would send mixed messages to the consumer groups, who are currently being dissuaded from using rhino horn.

In order for South Africa to establish a one-off sale, it needs to establish a credible trade partner, a country that will provide evidence that it would be well-positioned to manage a tightly controlled trade in rhino horn. So far no countries have come forward. Even if one country, such as China, were to partner with South Africa on this proposal, users in other countries would still have to satisfy their demand illegally.

There is also a risk with a one-off sale that large buyers would choose not flood the market with rhino horn (thus driving down price), but would instead stockpile or bank on the species’ extinction, in order to drive up the price of rhino horn. Frustrated users would therefore continue to rely on poached horn. Recent history has shown us that demand reduction in Asia is possible and has been successfully achieved in several countries including Japan, Taiwan and South Korea.

It is difficult to predict the impact that a one-off sale would have on other rhino range states, and we can entirely understand the concerns of other countries with large rhino populations that are not currently contemplating sales of rhino horns, such as Kenya and India. These countries will not necessarily benefit financially from the one-off sale of South Africa’s rhino horns. So even if South Africa has the capacity to increase its rhino security through funds received, this could have a damaging impact on other rhino populations. No matter what price the South African government sets for rhino horn, there will always be poachers willing to undercut the official price by poaching rhinos elsewhere.

Other critics of the proposed sale refer to the disastrous impact of one-off sales of elephant ivory and its impact on the current elephant poaching crisis. In 2008, CITES gave the go ahead for the legal sale of ivory stockpiles by four southern African countries to China and Japan. Within a year, elephant poaching and the illegal ivory trade boomed to its highest levels in history.

Advocates of a legalised trade claim that current strategies to combat rhino poaching are not doing enough, and that the one-off sale rhino could be enough to satisfy the current demand for rhino horn, reduce the price fetched and in turn reduce poaching. Current predictions suggest that wild rhinos could go extinct by 2026, and proponents of the sale say that we do not have time to tackle the programme through demand reduction schemes. They say that a legalised trade could be the solution to the poaching crisis.

It is vital that communities and stakeholders benefit from wildlife and it’s important to keep the overall goal in mind – more rhinos in more, larger populations in Range States – and to ask “What are the conditions that are required to enable this?”. A lot more research and information is required before we – or anyone else – can properly decide whether some form of trade would work.

For more information and further discussion on the issue, please visit our Thorny issues section

A recent news article by Bloomberg News, has also suggested that a domestic trade in rhino horn could be considered by South Africa. This would authorise the commerical trading of rhino horn within the country on the Johannesburg bourse.

Save the Rhino’s immediate response to this is as follows

Our concern is that this step is being considered for financial rather than conservation reasons. We can see that rhino owners are haemorrhaging cash with the increased costs of security, but if ownership of rhino horn is widened to investors, rather than simply game farm, reserve or park managers, there will be even more stockpiles to regulate and monitor. And if the proposed one-off sale of rhino horn is not approved by CITES, will those investors simply leak the horns into the illegal market?