You are here: Home » News » 868 rhinos poached in South Africa this year 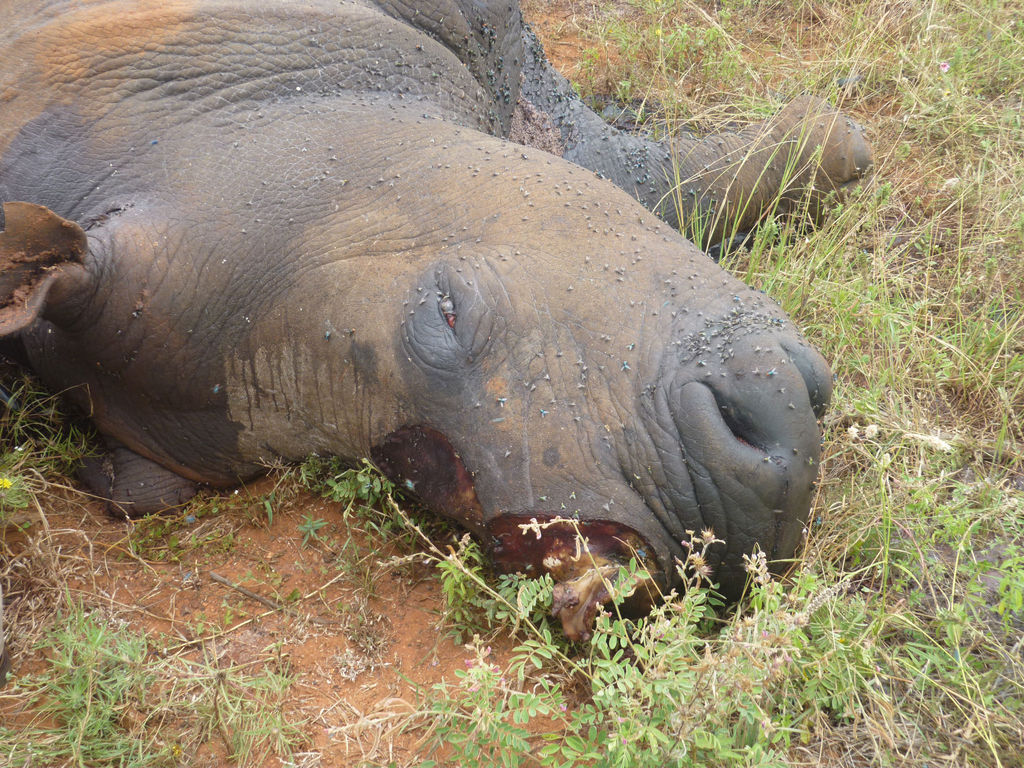 The latest rhino poaching figures from South Africa show that 868 rhinos have been illegally killed so far this year, with a total of 259 related arrests made (as of 14 October 2014).

The current rate of rhino poaching means that 2014 rhino poaching deaths are likely to surpass last year’s loss of 1,004 rhinos. According to Stop Rhino Poaching / SAN Parks, it is projected that 1,108 rhinos will be lost by the end of the year. This is the year when South Africa’s rhino populations are sadly predicted to go into decline.

Last week we launched our ‘Help a Ranger, Save a Rhino‘ appeal which is raising much needed funds for ranger equipment in Hluhluwe-iMfolozi Park. Watch our video below to see why the rangers need our support.

3 thoughts on “868 rhinos poached in South Africa this year”