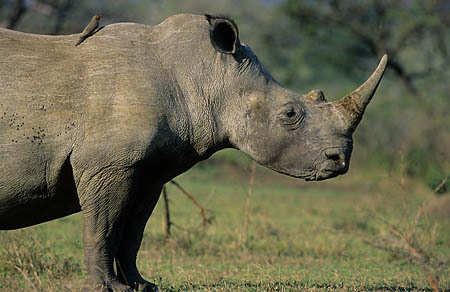 Thai national, Chumlong Lemtongthai, has been jailed for 40 years for his involvement in the illegal trade of rhino horns. In early November, Lemongthai pleaded guilty to organising illegal hunting expeditions in order to smuggle rhino horn out of the country. His sentence is the longest ever to be handed out for poaching and sends out a clear message on the country’s stance to crack down on the illegal trade in rhino horn.

Lemongthai is believed to be the kingpin of an international rhino horn smuggling ring, in which he abused the rhino horn permit system by paying Thai prostitutes to pose as big game hunters, who participated in rhino hunts on game reserves in South Africa. The syndicate used the white rhino trophy hunts as a front to export the rhino horns to Asian markets, in a practice known as ‘pseudo-hunting’

In April this year, the South African government clamped down on the legal loophole, by implementing new legislation banning the issue of all trophy hunting permits to Vietnamese citizens.

However, despite the harsh sentence, Lemongthai’s co-accused walked free after charges against the other individuals were dropped. These include game farm owner Marnus Steyl, two other South Africans and two Asians. There are calls for the case to be re-opened to investigate the role Manus Steyl played in the hunts.